A Return to Form in Alexander Payne’s Nebraska.

A Return to Form in Alexander Payne’s Nebraska 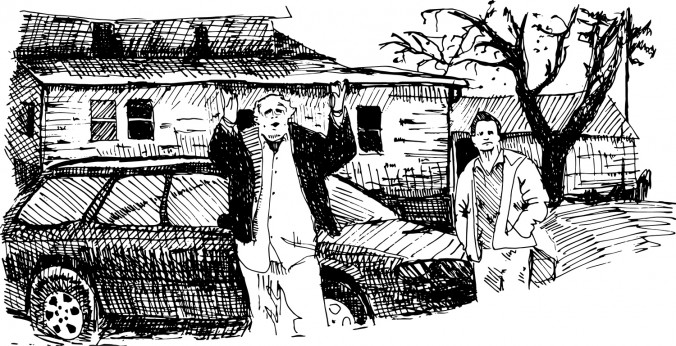 In a year overflowing with hyped sequels, poorly received remakes, derivative rom-coms, and embarrassing sci-fi, one modest film has managed to avoid the pitfalls of Hollywood’s oversaturated market — notably, with a lack of (color) saturation.

Director Alexander Payne’s Nebraska uses black-and-white imagery to present a simple slice-of-life story that fully embraces its visual and narrative restraint. The film follows Woody Grant (played by Bruce Dern), an aging Midwestern man, as he attempts to make his way from Billings, Montana, to Lincoln, Nebraska, to collect $1 million in prize winnings — an award to which Woody has been alerted through a questionable notification in the mail. Woody becomes unwittingly accompanied on his journey by his son, David (SNL alum Will Forte). Their journey’s passage through Woody’s old hometown inspires an impromptu family reunion, and Woody is forced to confront a past he had left behind in the film’s titular state.

Having now been nominated for three of the year’s most significant film awards, the Palme d’Or at Cannes and Best Picture at both the Golden Globes and Academy Awards, Nebraska stands in sharp contrast to its consistent competition. It lacks the visual effects and visceral excitement of films like Gravity and The Hobbit, the heavy melodrama of 12 Years a Slave, the sensationalized sex scenes of Blue is the Warmest Color, and the glamorous stylization of crime in American Hustle and The Wolf of Wall Street. However, it is precisely through its minimal and sparse approach to its subject matter that Nebraska manages to shine as one of the year’s most genuine films and as Payne’s most compelling directorial effort.

Nebraska works as a sister film to Payne’s About Schmidt from 2002: both films follow retired men on road trips of self-discovery, each one examining the lingering effects of familial fallings-out against the backdrop of the American midwest. Nebraska also solicits comparisons to the minimal black-and-white visuals of films like Jim Jarmusch’s Stranger Than Paradise and (more recently) Noah Baumbach’s equally excellent Frances Ha.

In imposing strict limits on its visuality, Nebraska shifts its focus to its most important narrative elements: its characters’ interactions and the Midwest’s isolative landscape. While dialogue is peppered throughout the film like the sporadically placed bales of hay occupying background shots throughout its numerous driving sequences, the acting in Nebraska is among the strongest and most subtle of the year. Bruce Dern’s turn as the monotone alcoholic Woody provided him with a highly deserved Best Actor trophy at Cannes, and Will Forte and Bob Odenkirk both excel in spite of their usual affinity for straightforward comedic roles. The film’s shining performance comes from June Squibb, who plays Woody’s nagging and surprisingly sharp-tongued wife, Kate. Squibb’s Kate manages to unabashedly defend her bumbling family while simultaneously acting as its most vocal critic, and the dynamism of her role is masterfully executed through a combination of spot-on dialogue delivery and precise facial expressions.

Nebraska is refreshing not only as a celebrated release in 2013, but also as a return to form for Alexander Payne. Although the director has consistently demonstrated an invested interest in analyzing the gradual corrosive properties of American masculinity, his most recent directorial efforts prior to Nebraska have exhibited a tendency to dilute his characters through commercially accessible writing and visually generous camerawork. 2004’s Sideways lacked the sharp wit of Election and the devastating placidity of About Schmidt, and 2011’s The Descendants relied on a typically hammed-up performance from George Clooney to mask its disingenuous stab at transcendent dramatic comedy.

Much like the isolated small-town life that Nebraska depicts, the film will likely go unnoticed at the Oscars in a season full of biopics, sequels, epics, guns, drugs, and money. Dern seems to stand the best chance of the film’s nominees of receiving an Oscar for his contribution. The Academy has a tendency to reward veteran actors that have never received proper recognition. However, he has stiff competition. Leonardo DiCaprio, too, has not yet received an Oscar, audiences have been consistently floored by Chiwetel Ejiofor’s turn as Solomon Northup in 12 Years a Slave and Matthew McConaughey has already set a precedent by winning the competitive Golden Globe for Best Actor in a Drama.

Regardless of whether or not the film receives any of the five Oscars for which it has been nominated this year, its poignant performances and willingness to buck stylistic trends unquestionably justify the praise that it has received. One hopes Nebraska will inspire similar turns from successful directors in the future. The awards season will always have its share of period pieces and thrilling spectacle, but movies like Nebraska maintain faith in film’s ability to thoughtfully mediate the human experience. 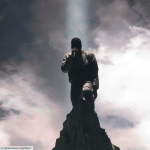