In Defense of Kanye West.

In Defense of Kanye West 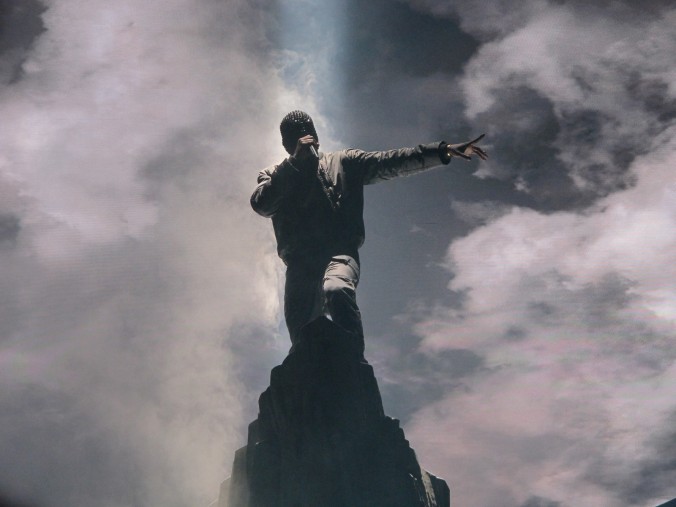 It was nearly two months ago when Kanye West released the music video for “Bound 2.” Although critics and fans have praised the song itself, there’s a consensus among viewers that the music video is so cheesy you can smell it a mile away. But the worst part of the video isn’t its laughable amount of corniness — rather, it has given people more excuses to look at Kanye West as the “jackass” that President Obama has labeled him. It’s made it easier to dismiss the rapper when he claims to be the “Michael Jordan of music,” because somehow, the idea has perpetuated that West’s aggressive ego has stemmed from a supposedly underserved arrogance. In reality, West is completely deserving of what he calls himself, and his arrogance is something to be praised. Rakim, considered to be a true emcee in the hip-hop culture, agrees:   “… you’ve got to really appreciate an artist that’s really outspoken and feels like his music can change the world. Don’t even go to the studio if you don’t think your music’s going to do something.” He even justifies West’s controversial presence at award shows: “It’s because he’s passionate. If a lot of us don’t take it that serious, then it’s not going to be serious no more … We need that. We need the media to know that some of us are really passionate about music.” And Kanye West, the bombastic figure he is, is very passionate about music.

Believe it or not, Kanye didn’t start off as such a garish person. West’s success was initially hindered by myopic conceptions of the “hip-hop” image: when people wore jerseys and baggy jeans and rapped about drugs and violence, Kanye, with his “pink ass polo and fuckin’ backpack,” didn’t fit the mold. Furthermore, despite establishing himself as a successful producer, West found consistent rejection early in his career. A&Rs wanted his beats, not his raps. He captured this difficulty in “Dreamkillers,” a pre-College Dropout song: “And I’m through spitting these rappers my most heartfelt flow / Cause they be like, ‘That’s cool – you got some beats for me, though?’” Even playing “Jesus Walks” demos (a song that would eventually win a Grammy) couldn’t get him a deal. By then, it was obvious to West that he was the underdog, driven forward by nothing more than an adamant belief in his own talent.

And it’s not as if that belief is unfounded. Let’s not forget that The College Dropout sold over four million copies, and, combined with his other solo releases, West’s total sales exceed over eighteen million. Couple that with the almost universal acclaim for each of his albums as well as his twenty-one Grammys, and it’s clear that the rapper has talent. In “Power” he raps, “And I embody every characteristic of the egotistic / He knows, he’s so fucking gifted.” It would be unreasonable to not give West at least some credit, no matter his overconfidence.

It would also be unreasonable to assume that skill can be quantified, especially since the rapper’s achievements extend far beyond numbers and, arguably, into the prevailing aesthetic of contemporary hip-hop. Sean Fennessey, in a Pitchfork review for Late Registration, dismissed Kanye’s potential lasting impact on the industry: “Conjecture about West revolutionizing the sound of modern hip-hop is mostly a fallacy.” In Fennessey’s defense, the album came out in 2005, so it would have been difficult to ascertain his long-term influence upon its release. However, almost a decade later, it’s clear that hip-hop has a new face. In 2007, when the simultaneous releases of West’s Graduation and 50 Cent’s Curtis were the subjects of a highly-publicized sales competition, Rosie Swash of The Guardian said that the results (Graduation outsold Curtis by over 300,000 records) “highlighted the diverging facets of hip-hop in the last decade; the former [Curtis] was gangsta rap for the noughties, while West was the thinking man’s alternative.” The following year, 808s & Heartbreak broke new ground stylistically; its intimate approach to emotion paved the road for introspective artists like Kid Cudi, Drake, and Frank Ocean. 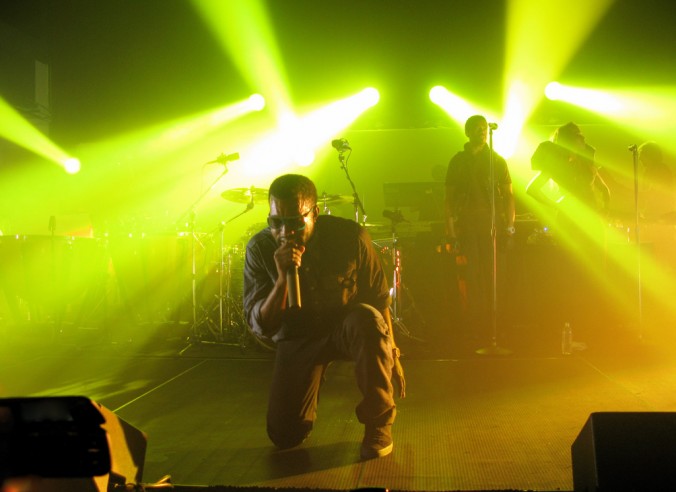 West has also made more direct contributions to hip-hop. He produced two songs on Drake’s multi-platinum Thank Me Later and directed the “Best I Ever Had” music video. He was responsible for discovering Kid Cudi at a BAPE store and helping to cultivate his early career by signing him to G.O.O.D. Music. In fact, West has touched the lives of many rappers – G.O.O.D. Music is home to Big Sean, Pusha-T, and Mos Def, among others. He has also expressed support for rappers outside of his label, such as 2 Chainz, Jay-Z, and A Tribe Called Quest, who have reunited briefly to participate in West’s Yeezus Tour alongside Kendrick Lamar.

Perhaps most importantly, West never made it easy to categorize himself; his successive releases have seen the rapper constantly evolving. 808s & Heartbreak was the first to demonstrate this – the rapper traded his signature sense of the grandiose with pain-drenched electro-pop and a haunting Auto-Tune. Then came the backhanded apology that was My Beautiful Dark Twisted Fantasy, which embodied a maximalist aesthetic that matched West’s newly-obtained infamy. And just when people thought he couldn’t go any further, he released Yeezus – a visceral, almost animal-sounding record that, despite the slow clap of music critics, polarized his audience. And although much of West’s aesthetic is his own vision, his tendency to collaborate with people outside of the realm of hip-hop has no doubt influenced his work; he enlisted producer Jon Brion on Late Registration and Rick Rubin on Yeezus, as well as artists Takashi Murakami and KAWS for album art and a music video. West has also partnered with musicians who don’t fall into the hip-hop genre, such as Justin Vernon (Bon Iver), Adam Levine (Maroon 5), Chris Martin (Coldplay), Jamie Foxx, Brandy, Elton John, Daft Punk, Rihanna, Fergie … and the list truly goes on and on.

Say what you will about the rapper, but you’d be hard-pressed to find someone in the music world who has pushed the boundaries of creativity as far as he has. “I think that’s a responsibility that I have,” he said in an interview with The New York Times. “To push possibilities, to show people: ‘This is the level that things could be at.’” Yes, it might be egotistic to make the claims he has, but when setting goals for yourself, why not set them as high as possible? Why not aim to be the absolute best at something? Why not, like Kanye, be a god? In an interview with Zane Lowe, he said, “I always felt like I could do anything. That’s the main thing people are controlled by – thoughts, their perception of themselves. They’re slowed down by their perception of themselves. If you’re taught you can’t do anything you won’t do anything.”

As of today, Kanye West has made significant steps towards making a name outside of music; his films, Cruel Summer and Runaway, showed at the Cannes Festival and in Paris, respectively; he designed his own fashion collection and is currently partnered with Adidas to work on another clothing line; he collaborated with A.P.C. in creating a collection of basics; he designed the Air Yeezy series of shoes with Nike, as well as a sneaker collection with Louis Vuitton; he is moving himself forward into the fields of architecture, furniture, and product design; and, perhaps most ambitiously, is founding DONDA, a creative agency that will house experts that range from fields of medicine to video game design in order to “dream of, create, advertise and produce products driven equally by emotional want and utilitarian need.” As a person, you have to admire West’s tenacity; it’s rare for a celebrity to exude such sky-high ambition while facing the amount of enmity that he has. No other celebrity has chosen to truly embody what it means to be an artist — to dive, headfirst, into other areas of creativity with the goal to completely revolutionize the way things work. The rapper still has a ways to go before accomplishing everything he wants, but with a slew of achievements under his belt, it doesn’t matter; it’s clear that Kanye West was taught he could do everything. 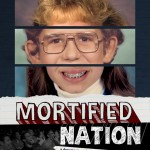