A conversation with Chicago musician “In Tall Buildings.” 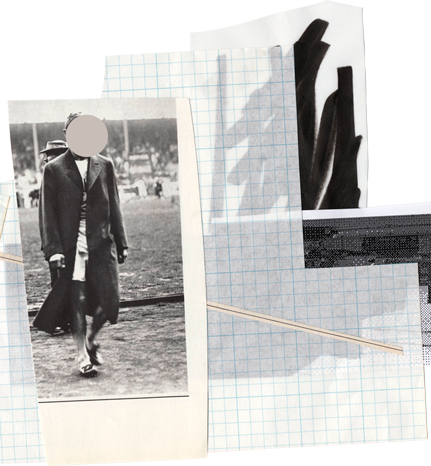 A conversation with Chicago
musician “In Tall Buildings”

“In Tall Buildings” is the musical project of Chicago-native Erik Hall. His first album was written and recorded in Hall’s home studio. Hall wrote, recorded and played every instrument on the album. His work echoes that of his contemporaries, including Andrew Bird, Fleet Foxes and, in both source and form, Bon Iver. Recently, Hall met with F Newsmagazine to discuss his creative process and what it’s like to record in a post-Bon Iver world.

Kris Lenz: How did the “In Tall Buildings” project come to be?

Erik Hall: I had been touring and recording with a couple other bands pretty regularly since college. I was really busy and always in and out of town but I always had a really strong desire to make my own record, which I hadn’t done before.

In one sense I had been working on this album since college. It just took me a long time to find my voice and figure out what kind of songs I was trying to come up with.

Where does the “In Tall Buildings” moniker come from?

It has a couple origins. It comes from the name of a song by John Hartford. He’s really fantastic, but I originally heard the song from a cover by Gillian Welch. It also reflects my general upbringing – I grew up in Chicago and I’ve always lived in the city. It’s really a figurative and literal reflection of my environment.

Can you describe your songwriting process?

My process is inextricably linked to my home studio. I have ideas elsewhere, in my head or playing a guitar somewhere, but the songs don’t really take shape until they are being recorded. Basically I don’t make demos and write a song and record it. I am recording from very first seed of an idea that will become the foundation of a song, even when I am just messing around.

Do you start with lyrics or music?

Oh man, I tend to start with music. Lyrics aren’t secondary, but they aren’t what get me writing. I almost always have the music to a point of near completion before I record any vocals or before I finish writing lyrics for any song. The melody always comes early, but lyrics do not. I don’t have notebooks full of lyrics or anything. Sometimes it feels almost like a chore to be a lyricist. But I do want to be a “songwriter.” Eventually I’m happy with my lyrics, but it takes me a long time to craft them. They’re usually pretty vague, and there are a lot of metaphors. They’re very personal to me, though I don’t tend to write about specific events or relationships. When I’m singing a song that has a first-person narrative, it’s not really me singing to a specific person in my life. The narrator is really the collective experiences of me or the people I know or the tendencies of humanity for good or evil.

Do the arrangements change when you’re performing live?

There have been several different versions of the live band. We’ve been a trio, quartet and quintet. Lately Quin Kirchner and I have been playing a lot of shows by ourselves. The challenge is figuring out a way to still convey the important elements of the song as whatever version of the band we are that day. It’s been cool, but we’ve definitely failed before – there have been shows when I’m like, “Oh, we didn’t think this one through. It didn’t translate.” But we’ve also had great successes as well.

When you’re playing as a duo, do you still use Andrew Bird-style looping?

Yes, a little bit, but there’s a distinction to be made. Andrew Bird is a wizard of looping pedals in a way that’s a part of his performance. It’s a vital element of his show. I end up using loops more as a problem-solving device, to fill it out in places where there would be more musicians. When we don’t have a bass player on stage, Quin and I incorporate some samples to cover the low end. We took that leap even though I was hesitant for a while. I still kind of go back and forth on whether or not it’s conceptually and aesthetically what I prefer.

“I think [piracy] is just the culture now.
I read an interview with Steve Albini
and he essentially said that ‘sharing
music is the new radio.’

What is your aesthetic hang up with looping?

I guess it always just depends on how a show comes off as a whole. I’ve been to shows where it’s just a dude playing and singing along to a track and it’s completely lame. But I’ve also seen that show be totally awesome because that guy is just jamming hard and it works. Musically, it makes sense and nothing is compromised. I don’t have an inherent rule about whether it’s bad to have prerecorded tracks. In our band the tracks just help Quin and I bolster what we’re doing on stage. I know it works…

It seems like you have a love/hate relationship with technology?

Yeah, I think part of me likes the purist’s approach to the live show; that what you hear is what is being played right in front of you. For my first album I was really set on doing the whole thing myself – writing and recording it. But that’s not an absolute priority for me now.

Who would you cite as your influences?

My influences are all over the place. Lately I’ve been listening to a lot of Low and Deerhoof lately. There is always – always – a Neil Young presence in my record queue. I also listen to a lot of classical music, including dangerously cheesy 20th century works. But when I’m at home just listening to music it’s nothing like what I end up playing or creating.

You don’t think it bleeds into your writing?

Oh, it absolutely does. But I don’t know how obvious it is to other people. The past few years I haven’t been listening to much new indie rock music. All the bands that I read about – I don’t know what they sound like. Obviously some stuff makes its way into my awareness, and I have been really into some records from the last couple years. Take Bon Iver – I love both of his records and I’m very encouraged by the precedent that he’s setting. It’s no new thing that bands record at home or that a band is one dude in his house. But it is cool to have such a success in the last few years, and so close to home, musically, aesthetically and geographically.

How do you feel about piracy and the new ways of digital distribution?

I think it’s just the culture now. I read an interview with Steve Albini and he essentially said that “sharing music is the new radio.” And that’s the truth. That’s how people hear about a new band. The culture is such that people sample music, they literally listen without committing to buy. If they like it, they buy it. I’m not compelled to be up in arms about people not wanting to pay for music. I think that enough people appreciate better quality audio from a record or CD to keep us making records. Music is never going away and people’s love of music is never going away. You just have to find different ways of making a living out of it.

Look and listen to In Tall Buildings at intallbuildings.com 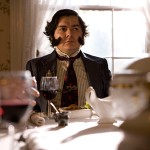 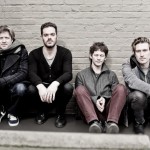