An interview with Chicago band Disappears. 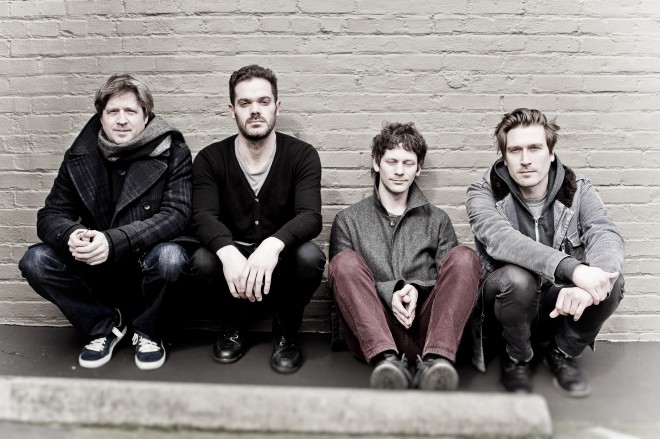 Fans of all types of spaced out and dissonant guitar-centric music will not want to be anywhere but Lincoln Hall this Friday, April 13, when Disappears and Lotus Plaza take the stage for the first night of their April tour. If Lotus Plaza’s genre is “dream pop,” Disappears is “nightmare pop,” and this lineup promises to cover the spectrum of hazy consciousness. The former weaves and layers tranquil tones while the latter group rattles into a neurotic psych-punk frenzy.

Lotus Plaza is the solo project of guitarist Lockett Pundt. Pundt is also known for his work with Atlanta-based indie rock powerhouse, Deerhunter. With Deerhunter, Pundt provides the quiet and focused counterpart to vocalist Bradford Cox’s eccentric stage persona. Pundt can usually be seen stage right, playing his guitar and looking down at his effects pedals (a familiar pose which gave the “shoegaze” genre its name). Lotus Plaza’s music is composed of delicate and vibrant guitar patterns accompanied by Pundt’s ethereal and distant vocals. It will surely be interesting to see how Lotus Plaza reproduces the sounds of his recently released album Spooky Action at a Distance in a live setting.

Headliners Disappears are a Chicago-based band known for their nervous and eerie rock sound, heavily influenced by Krautrock, garage punk and shoegaze. Their latest album, Pre-Language is a fantastic collection, which manages to sound paranoid and psychedelically damaged throughout.

A prime example of their approach would be the end of the song “Fear of Darkness,” in which a feral guitar anti-solo (not quite a drone, but not quite a solo) is bookended by two shouted lyrics, “Live in fear, live in love, you choose,” and, “everything disappears.” I interviewed Disappears guitarist/songwriter Brian Case about Chicago, new music, his sound and his influences:

Chris Kareska: There seems to be a specific attention paid to regional identity in indie-rock culture. Do you think there is such a thing as a “Chicago” musical identity? What is it like to be a band based in Chicago?

Brian Case: I used to notice that sort of thing a lot more a few years ago. I think people definitely associate a certain sort of attitude about music with Chicago, or a lot of people comment that they have really good experiences here playing as it’s such a music-focused town. I think its identity comes from that really — lots of bands, lots of different types of music and a city that focuses on/celebrates it. Being a band based in Chicago is great. There’s a lot of cross pollination between scenes, lots of great venues and Chicago is a great work place — the extreme winter months help keep you focused or get you out of town to warmer places for shows. It’s been great for us.

CK: Your April 13 show is at Lincoln Hall, and I’ve seen you perform at the Metro — what are your favorite venues to perform at in Chicago?

BC: All the venues in town have their own vibe, which is what you really want from a venue. We’ve had great shows at a lot of places here but I think we feel most at home at the Empty Bottle. It’s the place we probably see the most shows and the first place that gave us the chance to play. They’ve supported us and all of our other projects through the years so it’s really comfortable for us.

CK: I’ve seen your group play with Deerhunter and this upcoming show is with Lotus Plaza. Aside from being Kranky labelmates, what is your relationship with Deerhunter/Lockett Pundt?

BC: I met Lockett when my old band, The Ponys, and Deerhunter toured together. We ended up touring a lot together in 2007 so we’ve know each other for a while now. Deerhunter also took Disappears on tour with them in 2009, that was our first tour. We’ve been friends for a while now – I truly think those guys are one of the best bands around right now and Lockett’s new record is really great – I’m excited to see it every night. So yeah, just friends through playing music I suppose.

CK: What are you listening to these days? What sounds are currently influencing you?

BC: Lately I’ve been listening to a band from London called Factory Floor; also Throbbing Gristle, David Bowie’s Scary Monsters and the Residents’ Eskimo. I’m writing a lot of more straightforward stuff so I naturally tend to balance that with some weirder, more experimental music when just listening.

CK: What musical equipment are you using with Disappears?

BC: I really like my set up now, it’s pretty simple. I use a Jazzmaster guitar with P-90 pickups into a Fender Super Reverb and little Victoria amp with an 8-inch speaker. The two amp thing sounds really cool and helps fill up a nice space. Effects-wise I only use a Moog Delay and a delay on my voice so it’s a pretty stripped-down set up really.

BC: Wow, tough one. I’d probably pick the Stooges based on how bizarre it would have been to see them at that time. I love Spacemen 3 and think they’re definitely important in the whole lineage of things but the Stooges are historical — that was some serious counter culture. It would have been a really wild thing to see in its era.

To see Disappears and Lotus Plaza perform their takes on the guitar’s possibilities, head to Lincoln Hall (2424 N Lincoln Ave); 10:00pm, Friday April 13. Tickets are $14 at the door. This event is 18+ only. 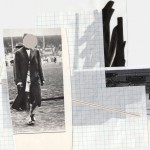 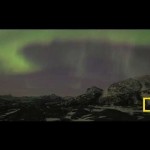