Artist and activist Dara Greenwald passed away at the age of 40 from cancer. She was a co-founder of the radical feminist dance troupe Pink Bloque and co-editor of the book “Signs of Change: Social Movement Cultures, 1960s to Now.” Greenwald held an MFA and a PhD in Electronic Arts, as well as an MFA in Writing from SAIC. She worked at the Video Data Bank from 1998-2005 and participated in extremely important projects like Ladyfest Midwest, Department of Space and Land Reclamation. She will be missed.

Nick Cave’s sound suite sculptures will be exhibited in a show at the Cincinnati Art Museum from January 20 to April 29. Chair of the Fashion Department at SAIC, Cave considers his pieces to be different forms of art when seen in motion than when exhibited statically. At the show they will be displayed both ways. His fascinating costumes are fashion, sculpture and body art, all at once.

Chicago: A Resource of Young Artists

Eight artists from SAIC will be displayed at Art Museo, a gallery that never closes, on the first floor of the InterContinental hotel Chicago O’Hare. Yo Ahn Han, Minky Kim, Youjeong Kwon, William Joyce, Dyne Sophia Lee, Eileen O’Donnell, Nick Schleicher, and Noelle Sharp,will present work in a variety of media, such as photography, painting, tapestries and video and fiber installations. The exhibition, “Chicago: A Resource of Young Artists,” will be open through April 3.

Mimi Peterson and Catherine Cajandig, both SAIC alums, will work together at “Rituals,” an exhibition at Emily Oaks Nature Center in Skokie. The show, also featuring the sculptor Dankha Zomaya, will include photo collage, paintings and three-dimensional pieces that explore rituals inspired by nature.

Mayor Cracks Down on Protests

Mayor Rahm Emanuel passed controversial anti-protest measures on January 18. The new legislation allows the mayor to deputize agents from other law enforcement agencies as Chicago policemen. All downtown protest marches will also be required to obtain $1,000,000 worth of insurance coverage and organizers must agree to reimburse the city for any damage to public property incurred by the protest. Opponents of the legislation have condemned it as an exploitation of “the fact that Chicago will host the upcoming G8 and Nato summit meetings to…make permanent new changes on political dissent,” in the words of Bernard Harcourt, professor of law at the University of Chicago. 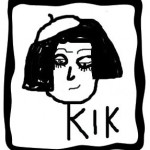 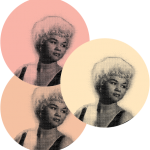