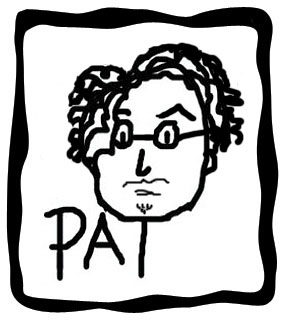 Republican candidate Mitt Romney’s Mormonism confuses many Christian voters. Is it a cult? A Christian spin-off that never got beyond pilot season?

Why is Romney’s smile so white, so welcoming? How does he manage to freeze the graying process so firmly at the temples? How can he not like Diet Coke?

True, when you Google “Mormonism” an ad for Scientology pops up out of nowhere, like one of those smelly Occupy Wall Streeters in line in front of you at Starbucks, demanding soy milk for their hot cocoa. Both are indigestible. And although caffeine and just about everything delicious is verboten with the Saints of the Latter-day, that doesn’t make Mormonism a “dangerous” cult, no matter what Senator Rick Santorum might say.

Most God-fearing folks agree Romney’s record qualifies him as a solid, upstanding Christian: His marriage of 42 years, tons and tons of selfless “tithing,” or as it’s more commonly known the passing of the “collection plate” or “basket,” and a smile that never, ever quits. Never. Now that’s a Christian.

It all comes down to a simple formula: When you embrace the Big J, the Big J embraces you. Why else would the beloved televangelist and God whisperer Pat Robertson claim Romney as our next Commander-In-Chief? Well, maybe he didn’t come out and claim him exactly, and perhaps only the good people at the 700 Club know the real story (oh, to be in God’s ear!), but most of us can guess what he’s really trying to say: Romney is our man for 2012.

Those ropes of spun candy floss and licorice whips leading up to the sweet gates of Heaven are chafe-free and glide-ready only for the worthiest of God’s flock. Romney knows just as well as any Christian that the quickest way into God’s kingdom is to blast all those mainstream media loving do-wrongs and their unfamily values straight out of their godless complacency and lead them to the light: The light of the right!

Sure, that cockamamie story of the Golden Plates is a tad bizarre, not to mention all that polygamy business. But like most good Christians, and surprisingly enough, like most of the press outlets—the right and the left—I’m willing to overlook such trifling idiosyncrasies and declare Romney the Teflon Rom: Nothing can stop him and nothing—not even Newt—can make all those mean-spirited assassinations of character stick.

The reports chronicling Romney’s so-called “strange” religion, his supposed flip-flopping on the issues or even his reported inability to move certain parts of his anatomy while speaking won’t stop this man from defeating Obama in 2012. Haters and heathens beware: The Rom is out to win it! Let Kik mull that one over. 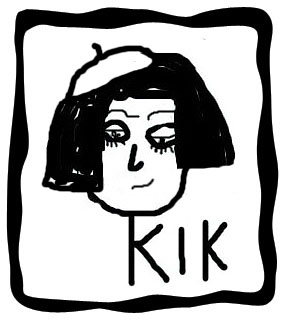 The Iowa and New Hampshire Republican primaries have taught me an important lesson about faith: The more you believe, the less you think. And the less you think, a candidate like former Governor Mitt Romney becomes the Republican frontrunner in what I like to call the race for the “Next Great Blank Hope.” Because let’s face it — nobody the GOP choose from their gaggle of bleeding beige Liberty Bots to squeeze into a suit of muted pin stripes or help to flag-pin a lapel to has the presence or the debating prowess to come up against Obama and win.

Then again, the people are pissed. Disillusioned, disenfranchised and pissed. And when you’re pissed and broken and feeling powerless, the last thing you want is a frank discussion of the realities of our nation’s decline. You want a little hope, some encouragement that we can turn it all around. What we want to hear becomes the only criteria for which we’ll listen.

Perhaps that’s why the GOP candidates have taken to discussing everything but real solutions, instead waxing poetic on the legacy of the Founding Fathers, quibbling about whose ad is the most negative or bashing the President ad nauseam.

The choice then becomes not who’s best able to lead the country, but who’s got the best rap. Pundits are fond of saying it’s the person not the issues voters wind up casting their ballots for. If that’s truly the case, President Obama could have this thing locked up. Or not. The numbers indicate that a good number of voters have become disenchanted with Obama’s performance, giving Romney or one of his beige doubles a good chance at defeating him in 2012.

But does Romney really have what it takes to battle it out with Obama? He has a tendency to become visibly rattled and shaken out of his impeccably groomed gourd when the conversation takes a turn his handlers haven’t prepared him for, or when he’s called out on his former left-leaning record on gay marriage or a woman’s right to choose.

It seems that when one is a Republican holding office in Massachusetts (a state with an 85% democratic legislature) one must do what’s necessary to stay electable. Romney lasted only one term as governor in Massachusetts and his 2008 bid for President was a bust. But that didn’t kill the dream. Nor, curiously enough, has his Mormonism done anything to drain the pool of Evangelical fervor surrounding his candidacy.

So what can we expect in 2012? Unlike Pat, my main concern isn’t finding time to mull over Romney’s electability or possible win. My mission is much crueler: I’m wondering if I’ll vote at all. 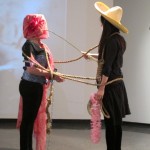 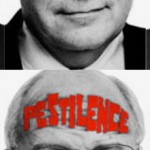