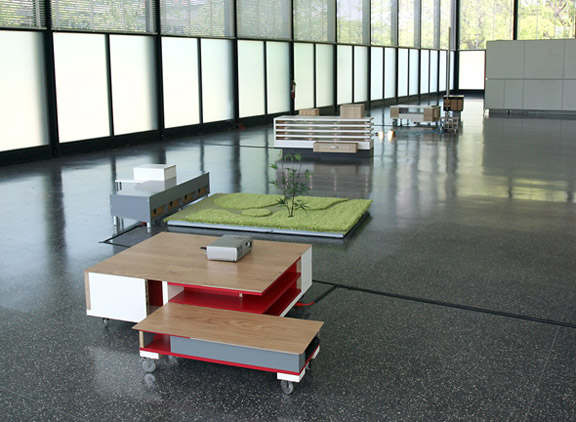 Installation view of "The Common Citizenship of Forms." Image courtesy of the artist.

Chicago-based artist and SAIC alum Jeff Carter (MFA 1998) has created a fairly specific niche for himself as an Ikea-hacking, architectural model-building sculptor. Never has his work had such resonance, however, as in The Common Citizenship of Forms, an homage to the 2009-2010 demolition of Chicago’s Michael Reese Hospital, on view at the Illinois Institute of Technology. Here, Carter uses salvaged Ikea furniture to construct architectural models that are evocative of the 1946 South Side hospital campus designed by Walter Gropius and landscape architect Hideo Sasaki.

The redevelopment of large swaths of the near South Side by Gropius, Mies van der Rohe, Ludwig Hillberseimer, Bertrand Goldberg and others in the mid-century created a veritable ville radieuse, cementing Chicago’s position as the postwar home of the architectural avant-garde. But in a controversial move, the city of Chicago ignored the pleas of the international architectural community and ordered the demolition of most of the MRH campus, much as Chicago School masterpieces by Sullivan and Adler fell out of fashion and were destroyed in the 1960s and ’70s. 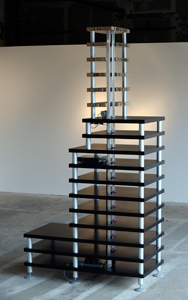 Carter’s incarnation of the Bauhaus style, rendered in the materials of its latter-day consumerist successor, is a thoughtful contemplation on the compromised models of high modernism, and the physical ramifications of abandoning an ideology. In his structures, all the rough edges of the pressed particleboard are left exposed, and corrugated cardboard calls to mind a row of sash windows. The intentional shoddiness of Carter’s construction materials is a reminder of the essential ephemerality of modernist architecture itself without proper care and preservation.

Carter has explored the intertwined relationship between memory and architecture before in his Tribune Tower project, a series of built models based on failed entries in the historic 1922 Tribune Tower competition. Raymond Hood’s conservative Gothic Revival pastiche took the prize, but the project elicited avant-garde responses from the likes of Gropius, Hannes Meyer and Adolph Loos.  These strange reinterpretations of skyscraper ideology (Loos famously suggested the form of a single Doric column) have been more widely disseminated and reproduced than the tower itself, despite the fact that they have no material history.

Although he works primarily in sculpture, Carter has a background in photography, and that background remains evident in the artist’s interest in how architectural memory is primarily preserved in printed matter.  Carter cites art historian Thomas McEvilley’s writing on the shift of semiotic significance from image to object as an explanation of his own interest in dismantling this dependence on photography, and instead remembering architectural forms in three-dimensional models. 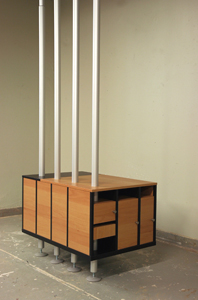 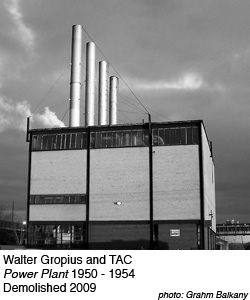 Carter never saw the Michael Reese Hospital in person, and learned of the modernist work only during preservation efforts. This is typical of modernist architectural encounters, which tend to be second-hand. Viewing Carter’s evocation of the structure, one has to wonder, if MRH lives on in textbooks, museum collections and Flickr albums, what is the true impact of the buildings’ demolition for art and architectural history?

But despite these philosophical underpinnings, The Common Citizenship of Forms is not a somber elegy to some forsaken masterwork. Retaining the buoyancy of its origins — one can only assume the Ikea children’s department — the sculptures together adopt a tone of exuberant playfulness, installed haphazardly across the floor of IIT’s Crown Hall like forgotten toys. 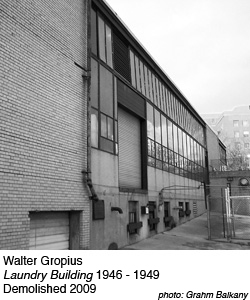 Crown Hall, an iconic building in its own right, seems to hum with the palimpsestic remnants of a long history of creative work; the Mies van der Rohe open floor plan is the site of the School of Architecture’s first-year program during the academic year.  The summer installation, situated outside a traditional gallery environment, retains that spirit of experimentation. 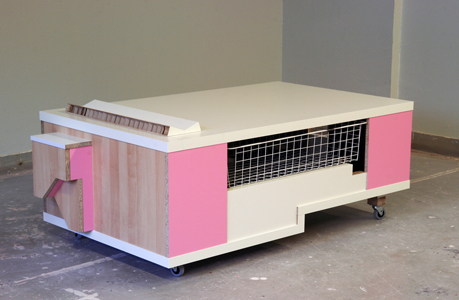 I entered the gallery in late afternoon to find the hall empty and the exhibition dormant; yet the unpretentious nature of the installation emboldened my viewing partner and I to examine the sculptures closely from floor level, discovering hidden details and, eventually, audio-visual equipment.  Gleefully moving from piece to piece, we plugged in plugs and flicked on switches, discovering the sculptures for a second time with their kinetic elements. Plastic reeds swayed in rhythm with a musical composition by sound artist Annie Goh and, in a particularly inspired if literalist turn, the laundry building (uncannily resembling a wheeled laundromat hamper) began vibrating in what sounded like a spin cycle.

Carter’s exhibition title implies the hope for reconciliation between the rupture of Bauhaus ideology and its enduring, if much changed, aesthetic. The Common Citizenship of Forms gives credence to the notion that Bauhaus beneficiaries, including both Ikea and the artist himself, have equal potential for inventiveness in the future, while still embodying the spirit of their past. 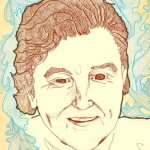 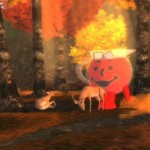