As we venture in an ungainly trance through the heat of the Chicago summer, our bodies becoming ever more cumbersome and our thoughts increasingly hazy, it’s nice to have an air-conditioned gallery where we can sit and watch scores of video art in the dark. Local artist Scott Wolniak’s latest curatorial installment at Andrew Rafacz does just that. A compilation of works by ten artists, “Space Out, Space In” represents volume three of Wolniak’s current project, “Suitable Video,” an ongoing platform around the city showcasing moving image work by emerging and established artists, each chapter of which culminates in a limited edition DVD (the “Space Out, Space In” DVD will be released at the gallery on August 13). A captivating and hypnotic collection of works, the exhibition suggests summer-time nomadism through physical, mental, and formal investigations of what it means to travel in and through space.

The title had piqued my interest even before the thought of air-conditioning became so alluring. Evocative of the push-pull relationship between internal and external landscapes, or perhaps a Proustian investigation of our ability to internalize our surrounding geographies, I expected “Space Out, Space In” to be a collaborative interpretation of landscapes and their metaphorical potential to excavate the self. The collection of video did all this and more, going beyond psychological exploration and venturing into the territory of formal abstraction, broadening the notion of what “landscape” can mean.

What was most compelling is how many of the artists examined the space between natural landscapes and their digital reproduction. Some purely digital pieces explored a dystopian environment, such as Thorne Brandt’s Animated Gif of the Day (July 9, 2011), a kaleidoscopic cacophony of overlapping animations set to an anti-melodic drone, in which the contrasting naturalistic spaces become part of that same fabricated world by sheer proximity. As we sit through the full hour of streaming video, the difference between the real and the digitally fabricated worlds begin to overlap and wind together, each taking on a part of the other’s definition.

Kirsten Stoltmann’s renegade (Suitable cut) is a real-time piece that depicts the artist in a vast expanse of the California desert, seemingly levitating in the uniform visual texture of her surroundings. Imbued with a sense of magic and supernatural phenomenon, renegade actively responds to the various other uses of optical illusion and trompe l’oeil in the exhibition reel.

When these videos are viewed in conjunction with an immersive digital work such as Jesse McLean’s Climbing, a loop documenting the endless ascent of a computer cursor scaling the zoomed image of a mountain within a digital landscape, we begin losing track of what “real time” is. The cursor appears to flawlessly jump up the mountain, highlighting the total infinity of space made possible in the digital world. Climbing presents a hypnotic paradox. While on the one hand, it turns the sublime expanses of nature into an easily consumable image, on the other it confronts us with the limitlessness of the digital sublime, in which the summit of the mountain can never be reached.

Ben Russell’s TRYPPS #7 (BADLANDS) best examines the exhibition’s overarching theme by using the landscape as a visceral metaphor by delving into the subject’s experience of her surroundings. Through the documentation of a young woman’s LSD trip in the Badlands National Park, the audience is intimately welcomed into a trance that abstracts time, carries us into the desert, and leaves us with a feeling of being graciously lost in the remnants of a psychedelic memory.

I had fallen deeply in love with the film when it first screened at the MCA in September of 2010 during Russell’s 12×12 exhibition. I was especially struck by the way the heavily layered video captures a reversed sense of affect by exposing the subject’s mental state, letting it bleed out into space, and then redefine its environment. When paired with the other works on view at “Space Out, Space In,” TRYPPS #7 goes further than just exploring new interpretations of affect; it engages with the other works as a final annunciation of the synthesis and open exchange that exists between interior and exterior spaces.

You should go see it – it’s good heat wave art.

Arts & Culture, Uncategorized If You Don’t Have the Time to do Acid…
« Previous Story 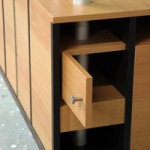 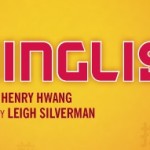