Magic and Animation in The Illusionist

Sylvain Chomet’s “The Illusionist” (L’illusionniste, 2010), a 2D hand-drawn French animation, is based on an un-produced screenplay that Jacques Tati, a silent French comic actor and director best known for films like “Mr. Hulot’s Holiday” and “Playtime,” had written as a letter for his daughter. As the magician and protagonist in this film, Tati takes the stage once more, nearly 28 years after his death.

Equipped with little more than a rolled-up advertising poster and a small set of props that includes a carnivorous rabbit, Tatischeff solemnly takes every offer, including a job performing in a bar in a remote fishing village in Scotland’s Inner Hebrides. Here, Alice, a young Scottish servant girl enters the magician’s life and the audience witnesses her coming of age during her remarkable journey with Tatischeff. 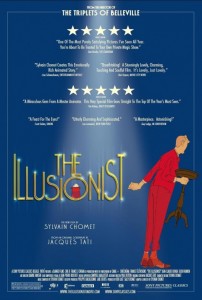 “The Illusionist,” unlike Chomet’s earlier cautiously plotted film “The Triplets of Belleville,” maintains its wonder until the end, awing the audience with simple delivery of humor. While its laid back pace and seems to give an impression of dragging, the film does a great job in creating an experience that is both old fashioned and unique in its staging.

One of the film’s best uses of staging is the Edinburgh cityscape. The film dazzles the audience not only with breathtaking footages of watercolors sceneries but also with humor such as a drunkard rolling down the beautiful Scottish hill in sheer happiness. As its closure, the film takes the audience on an extraordinary unforgettable swoop across the scenic city’s rooftops.

One of the year’s three Oscar nominees for Best Animated Feature, “The Illusionist” was shown at the Gene Siskel Film Center in April. It is now available on DVD.

Uncategorized Magic and Animation in The Illusionist 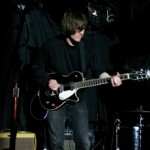 Live at the Empty Bottle: The Crystal Stilts 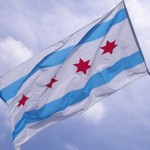