John Sulston, who won the Nobel Prize for leading the effort to map the human genome, said, “We in Western society are going through a period of intensifying belief in private ownership, to the detriment of the public good.”

“…the modern world has seen the extension of law further and further into what was earlier the exclusive realm of the heart.” – Luis Hyde.

“UbuWeb has been hacked. The site is closed until further notice.” These where the only words on the front page of what had been known to be, “the definitive source for Visual, Concrete + Sound Poetry.” UbuWeb was an online archive of experimental film and sound which, as its founder Kenneth Goldsmith explains, “posts much of its content without permission; we rip full-length CDs into sound files; we scan as many books as we can get our hands on; we post essays as fast as we can OCR them.” UbuWeb has been the subject of much controversy and harsh criticism. This is because what UbuWeb does is “illegal” and of the utmost cultural importance.

It’s hard to imagine that the ground we walk on — gridded-out and sectioned-off, each piece belonging to a different owner — was once a commons. John Sulston, who won the Nobel Prize for leading the effort to map the human genome, said, “We in Western society are going through a period of intensifying belief in private ownership, to the detriment of the public good.” Fortunately there still exist faint cultural commons and public domains. Where most profitable ideas have been commodified as “intellectual property”, Mathematical formulas, are an example of one that has remained in the public domain — you don’t have to pay anyone to use them. Imagine a world where we had to pay royalties to the ‘Pythagorean Institute’ every time we wanted to find the area of a triangle in the same way that we have to pay pharmaceutical companies for the use of their patents to cures for diseases. Here lies the problem: certain things which, for centuries, have been understood to belong to everyone and no-one are now thought to be personal inalienable rights and/or property. It’s this perspective, this misunderstanding programmed by special interests, which needs to be questioned.

Like any avant-garde endeavour, UbuWeb is often scorned by critics, who are ironically experimental and “avant-garde” filmmakers and enthusiasts. After hearing the news that the site had been hacked, UbuWeb’s critics rejoiced, going as far as to say, “Ah, this is such good news (…) so thrilled!” At the base of their critique is the assertion that UbuWeb is “illegal” — it infringes on the rights of artists. UbuWeb’s opposition claim that, while living, an artist should have the final say on how and where a work is exhibited and that, from an economic standpoint, the artist should be able to make a living from his/her work. A living, which by making works freely accessible, UbuWeb threatens.

Where there was once a rich culture of oral stories there are now proprietary tales and the irony, of course, is that they’re the same stories. When Disney borrowed Snow White from the Brothers Grimm, we got a reinterpretation of a classic tale for a whole new generation. When we borrow Snow White from Disney, we get a law suite. This is due to copyright law. Copyright was created to provide incentive for creators to create without fear of being exploited, thus ensuring a culturally rich society. The first copyright (the Statute of Anne) gave the author of a work exclusive rights for the period of 14 years, after which the work would pass into the public domain. Today, thanks to the efforts of corporate interests for whom intellectual properties are major assets, the copyright term in the US is the life of the author plus 70 years (for corporations it can be 95-120 years). To clarify, that’s 70 (or 95-120) years after the death of the author when [s]he can no longer produce cultural products.

This is why if you reinterpret the classic “Mikey Mouse”, property of the Walt Disney Studios, you will be sued by the Disney Corporation (a direct result of the Sonny Bono “Mickey Mouse” Copyright Extention Act). The very system that had been put in place to encourage creative works and ensure a rich cultural commons now limits creativity in favor of big business. This hyper-capitalistic course has had a detrimental effect on our relationship to art and cultural products, transforming us from participants to consumers. We expect to pay for art, and artists expect to be paid, and though, in the history of experimental art, artists have never lived off their work — today we expect to, and it’s UbuWeb’s fault if we don’t.

It’s important to note that there are at least two co-existing binary economies: the market economy and the gift economy. As Marx explained, “I cannot express the value of linen in linen” only within the marketplace can a commodity have value. Lewis Hyde, in his book the Gift, makes a distinction between “value” and “worth.” Where a commodity has value, a gift has worth. Hyde explains, “I mean ‘worth’ to refer to those things we prize and yet say ‘you can’t put a price on it.” These things are found within gift economies. Blood-banks, the Open-Source movement, Alcoholics Anonymous — these are all gift economies. The difference here is that commodities pass from hand to hand without leaving a trace, where as a gift establishes a bond between two people (or groups). These bonds can be simple or complex (i.e. marriage). Putting a price on a gift destroys its worth (i.e. paying your spouse for marriage or paying for AA would undermine its validity). This, ‘you can’t put a price on it’ idea is more than familiar when considering art. The most important works of art are often deemed priceless. As a commodity they can have ‘value’, but as art they have much more ‘worth.’

Conceptual artist Lawrence Weiner said, “Once you know about a work of mine you own it. There’s no way I can climb inside somebody’s head and remove it.” If an artist decides [s]he wants to horde the work, that’s their prerogative. However, if the artist decides to show the work, even to a single human being [s]he has to understand the work now belongs in some way to the two of them, that single viewer/listener/reader is free to interpret/mis-interpret, to understand/mis-understand, to love/hate. A conversation has been initiated, a relationship formed — there now exists a bond between the maker and the receiver for which the work is a glue that sticks to both. Furthermore, if the artist decides to put the work “out into the world” [s]he has to understand that in the mere act of distribution the work is re-contextualized — and while the artist can have some influence on it’s re-contextualization (i.e. in deciding where first to exhibit/distribute a work) by nature, [s]he cannot have full control over it. Thomas Jefferson explained this nature in a letter about patents and ideas:

“If nature has made any one thing less susceptible than all others of exclusive property, it is the action of the thinking power called an idea, which an individual may exclusively possess as long as he keeps it to himself; but the moment it is divulged, it forces itself into the possession of every one, and the receiver cannot dispossess himself of it. Its peculiar character, too, is that no one possesses the less, because every other possesses the whole of it. He who receives an idea from me, receives instruction himself without lessening mine; as he who lights his taper at mine, receives light without darkening me.”

One critic said UbuWeb uploads works, “with no regard to quality, presentation, or curatorial vision.” Equally dissatisfied artists have requested their works be removed from the site (and UbuWeb always complies). Again the issue is a matter of perspective and misunderstanding. UbuWeb is not a gallery and it is not an archive, though it might share characteristics of both. UbuWeb is something new, and in many ways, unique to the Internet. You often hear it referred to as a “resource.” In this way UbuWeb is perhaps more similar to a library, providing free and open access to all. Would an author ever walk into a library requesting they remove a book from the shelves because it’s not the way [s]he had intended it to be read, criticising the quality and presentation of the book as well as the library’s curatorial vision?

In many ways the recent attack on UbuWeb is a transference of a greater aggression and/or fear of the Internet and digital technologies’ effect on the models and systems we have in place for art at the present. As we enter our new digital ecology more and more of our physical world becomes digital. Whether this is positive or negative is subjective, that it comes with entirely new dynamics is a fact. UbuWeb’s critics are often those who try to resist this digital convergence, rather than tactically working within it. For those more market-minded, rather than lamenting the old models, we might find it more productive to take advantage of the new possibilities inherent in these new technologies. Cory Doctorow is a New York Times bestselling author who makes his works freely available online. His perspective is that artists rarely ever make a living from their work, but if they hope to, making your work freely available online can only help. He often says, “Obscurity, not piracy, is the biggest problem writers face. In the 21st century, if you are not making art with the intention of it being copied, you are not making contemporary art.” From this perspective UbuWeb could only help experimental artists. Perhaps more importantly, these new technologies challenge contemporary art models, economies, and perspectives and remind us of a time before copyright, consumerism, and capitol — while providing a glimpse of what the future could be.

It’s in sharing the work that it achieves it’s highest worth. When we say a work of art is “influential” we are saying that it’s of great worth because of its impact on other works and artists. Personally, UbuWeb was a sanctuary. I studied at a very conservative school, with very mainstream sensibilities, in a town with no interest in experimental art. Fortunately, I had one professor who introduced me to avant-garde cinema and subsequently to some of my favorite most influential filmmakers and artists. This professor would screen Stan Brakhage films in his class every semester (his own prints). Each time I was more mesmerized, excited, and inspired as well as reminded of how artistically starved I felt in that town. I dreamt of moving to a city where I could actually watch the films I read about and saw snippets of. Then one day a friend linked me to UbuWeb, and suddenly all the films, videos, and compositions of my favorite artists met my eyes and ears (albeit in .avi and .mp3 form) as well as even more texts, theories, and ideas. It became a key part of my artistic, theoretical, and philosophical development. I owe a great deal to UbuWeb, perhaps even more so than to the artists it introduced me to. For this reason I could never bring myself to side with its critics. 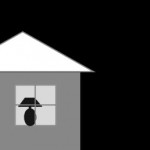 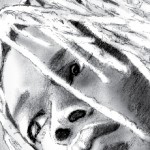 This month, we sit down with Quincy Bradford, an...

One Response to UbuWars: Art vs Intellectual Property