If you don’t have the money to hop on one of those fancy haunted Chicago tour buses there’s no need to fear (pun totally intended), because here is your quick guide to some of the most popular, and a few not so well known, purportedly haunted sites.

If you don’t have the money to hop on one of those fancy haunted Chicago tour buses there’s no need
to fear (pun totally intended), because here is your quick guide to some of the most popular, and a
few not so well known, purportedly haunted sites. Feel free to take along a camera, flashlight, audio
recorder and experienced exerciser of restless spirits to attempt to debunk, or validate the haunt.

On July 24, 1915 the S.S. Eastland was scheduled to transport 2,752 employees and family from the
Western Electric Company to a picnic in Michigan City, Indiana. The ship was filled to capacity as it sat
on the Chicago River waiting to depart. A rush of passengers on the upper deck moved to port side to
see a canoe race pass by. The quick, and sudden, shift in weight caused the ship to roll over on its side,
trapping and killing 844 people. A temporary morgue was set up at a nearby warehouse which is today
home to Oprah Winfrey’s Harpo Studios.

Along the Chicago River, between Clark and LaSalle Streets, people have reported terrified screams and
calls for help. Faces will often appear in photographs taken at night at the spot in the river where the
boat was docked that tragic day. And ghosts of the victims are said to haunt Oprah’s studio.

The grounds at Lincoln Park was once the final resting place for all Chicagoans. You didn’t know that?
Of course you didn’t. It’s one of the deepest secrets that the city has tried to keep buried. From 1843-
1859, one of the most prominent zip codes in the city today once held its only cemetery. Over 20,000
people were laid to rest at what is today a significant portion of Lincoln Park. What happened to all of
those bodies you ask? Well, after land disputes and the opening of Rosehill, Graceland, and Calvary
Cemeteries the bodies were removed. Along Clark and LaSalle, besides The Chicago History Museum
stands one of the final remnants of the cemetery, the Couch Tomb. Now, if you’re asking yourself, how
could thousands and thousands of bodies have been moved…well, reports due arise from time to time
that during construction projects at the park skeletal remains are often discovered.

Established in 1860 and spanning 80 acres Graceland Cemetery is the final home to some of the men
who literally built the city, such as Daniel Burnham, Louis Sullivan, Ludwig Mies van der Rhoe, and
Fazlur Khan (if you don’t know what they built and you live in Chicago then you better Google them-
now). In addition to the great men buried here there are some interestingly haunting and possessive
monuments. The tomb of brewer Peter Schoenhofen is designed as an Egyptian pyramid, complete with
a sphinx and angel. Some people claim that the eyes of both the angel and sphinx follow you as you
approach the tomb. More menacing is the life sized shrouded bronze figure, titled Eternal Silence that
stands guard over the tomb of Dexter Graves. Some people have reported that if you look into the eyes
of the figure that you can see into the realm of the dead.

One of the most famous massacre’s in Chicago took on February 14, 1929. War over control of bootleg
liquor was raging between the north side gang run by George “Bugs” Moran and the South Side gang run
by Al Capone. Like gangsters sometimes do – try to kill each other – Moran attempted to have Capone,
taken out, but failed. Al Capone vowed revenge.

While in Florida, Capone arranged for a contact of his to call Moran and tell him that a hijacked
shipment of whisky would be delivered to a garage at 2122 N. Clark Street. Moran was running late to
the rendezvous, but seven of his men were inside waiting. Outside, five were seen leaving a police car,
two of them in uniform. After they entered the building a riot of machine guns was heard.

Inside Moran’s men were lined up against the wall and assassinated with a spray of bullets. Moran
survived but was livid and blamed Capone for the murders.

Today, only a vacant lot remains. Occasionally, people have reported seven orbs that appear at the site,

especially on the anniversary of the killings.

Jane Addam’s established Hull House, a settlement house for immigrants to Chicago. Addam’s gifts to
the social movement are both inspiring and monumental, but there is a dark secret to Hull House. Ever
see, or hear of Rosemary’s baby? We’ll the legend all starts right here at Hull House. The legends goes
that a Catholic woman was married to an atheist man. While pregnant, she attempted to hang a picture
of the Virgin Mary in her house. Her husband argued that he would rather have the devil in his house.
The woman later gave birth to a horned baby with scales. Addam’s supposedly took the child in, locked
it in the attic where it later died. People feel uneasy when they look up to that second story window
to this day. Often times there are claims of red, blazing eyes looking back at them. Also, people who
have photographed the entry way and stairs have captured the image of a child in a blue dress and
sometimes of Addam’s herself in period clothing. There is also a report that to the side of the house is a
vortex to the other world, right against a tree.

You need ghosts? You want ghosts? Well, Archer Avenue is your one stop shop for ghosts. The queen
of Archer Avenue is of course the beautiful Resurrection Mary. The legend of the beautiful teenage girl
flagging down a car to drive her home from the dance has been told here for decades. Then there are
people who speak of seeing hooded figures floating up into the trees, and phantom lights, phantom
cars, and even a phantom hearse that is pulled by black horses charging away with a glowing small
coffin, fit for a child. Why all of the hauntings along Archer Avenue? Archer Avenue was once an Indian
trail before being turned into a road in the 1830s and some say that the magnetism of this stretch
coupled by mystical forces creates the right environment to hold, pull, and revolve paranormal energy. 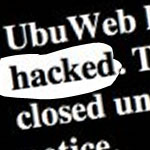