Nick Cave’s Soundsuits editorialized in the September issue of Vogue!

Fashion Design Department Chair Nick Cave is famous for his Soundsuits, a series of wearable costumes/garments made from found objects and materials that create 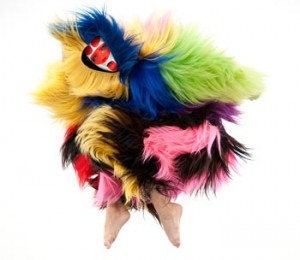 their own unique soundtrack when worn and put into motion.

Cave’s Soundsuits were recently editorialized in an eight page spread in the September issue of Vogue, worn by Cave himself, and styled with some of this season’s top accessories – shot by photographer Raymond Meier.

To celebrate, Cave is launching a “drive-by,” that will light up on the corner of East 23rd and South Michigan tomorrow evening, September 10, beginning at 8pm. The drive-by will happen in conjunction with a Soundsuit pop-up shop, which will be set up from 8-10pm, featuring some of Cave’s original Soundsuits and Soundsuit-inspired merchandise. Bring copies of the September issue of Vogue for Cave to sign from 9:30-10pm, as well!

After you’re done at the pop-up shop, head on over to Macy’s for fashion and cocktails to celebrate Chicago’s Fashion’s Night Out! A chic beginning to the weekend, indeed.

Chicago's Own Fashion's Night Out! 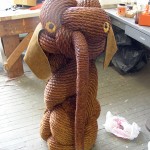