Over the past 30 years Hal Foster has become a household name in the art world, thanks to publications like “Design and Crime,” “Return of the Real” and “Art Since 1900”

Hal Foster speaks at the Art Institute of Chicago 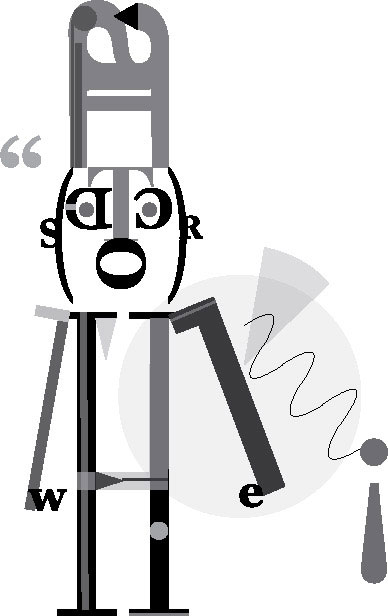 Illustration by Jee In Park

When Hal Foster walked onto the stage of the perpetually stuffy Fullerton Hall, he sighed, removed his blazer and muttered in his hoarse, quiet voice, “Is this okay? Is Chicago informal?” This move set the tone for the rest of the evening’s hour-long talk on the evening of March 4: relaxed, informal and a little less than polished.

Foster’s meandering lecture on Zurich- and Cologne-based Dada was a refreshing breather from the repetitive, pre-packaged talks that other academics and artists have delivered on campus recently; and it certainly piqued the audience’s curiosity regarding the book on avant-garde art that Foster promised is forthcoming.

Over the past 30 years Hal Foster has become a household name in the art world, thanks to publications like “Design and Crime,” “Return of the Real” and “Art Since 1900” (yes, that big book they assign in all those intro to art history classes).

Foster holds rank with T.J. Clark, Michael Fried and Yve Alain-Bois as one of the twentieth century’s most influential writers on art; and, significantly, all of these speakers have been (or will be) part of the 2009-’10 lecture series at the Art Institute.

The fact that Fullerton Hall, which has a seating capacity of close to 400, was packed to the brim reveals the excitement Foster’s appearance stirred in the SAIC community and beyond. As one art history grad at SAIC exclaimed upon learning of the line to get into the lecture, “Since when is going to see Hal Foster like going to see Prince?”

Foster’s demeanor, however, was less like that of an art history rock star and closer to that of a shy college professor. His soft voice had a tendency to trail into a mumble. He endearingly off-set some of his bolder claims with mildly self-deprecating humor — including the proposition that it was truly Hugo Ball, and not Duchamp, who was the greatest innovator of the early 20th century.

This particular provocation came about halfway through Foster’s attempt to trace what he terms an alternative history of the avant-garde — following the influential “Theory of the Avant-Garde” (1974) by German theorist Peter Bürger, art historians have discussed avant-garde art in terms of a division of the “historical avant-garde” (meaning art work from the first three decades of the 20th century, as typified by Dada) and the “neo avant-garde” of the 60s (as typified by Pop).

In his seminal “Return of the Real,” Foster endeavors to resurrect the reputation of the neo avant-garde; however, in this lecture, he revisited the issue from a slightly different angle — trying instead to show that there is no real break between the “historical” and “neo” avant-gardes. Instead, for Foster there is a continuous line of avant-garde production throughout the mid-century.

The lecture consisted of loosely organized notes for a forthcoming publication, in which Foster proposes a general evolution of the avant-garde from the “bathetic” (encompassing Dada artists like Hugo Ball and Max Ernst), the “brutal” in the mid-century (artists like Jean Dubuffet and the COBRA group), and the “banal” in the latter half of the century (Warhol and Pop).

During the course of his hour at AIC, however, Foster concentrated just on the “bathetic” moment, corresponding historically to the height of Dada in Zurich and Cologne during World War One. His speech consisted of ten points with evocative titles — such as “Negative Expressionism,” “Mickey and Odradek,” and “Muscle Man” — which were liberally filled with lengthy quotations from the epoch’s major and most symptomatic literary sources, including letters and diary entries by Ball and other artists; essays by Nietzsche, Benjamin and Adorno; and prose and poetry by Kafka and Rilke.

Foster proposed a portrait of this period as a time when artists were desperately attempting to propose a new man, and creating work that revealed, and even reveled in, a disintegrated, schizophrenic subjectivity in reaction to the trauma of the historical moment. Along the way, the critic compared works by Dada artists to those of the contemporaneous (and much more orderly, rational and optimistic) Russian constructivists.

He also focused on works such as Hugo Ball’s “Magical Bishop” performance of 1916; Max Ernst’s “Little Machine” of 1919; and Paul Klee’s “Angelus Novus” of 1917. He expressed a particular interest in those artists’ near obsession with dolls, masks, puppets and miming, also eloquently illustrated by some of Dada’s lesser-known women artists, such as Sophie Tauber.

SAIC Assistant Professor Daniel Quiles, who studied under Foster at the Whitney’s Independent Studies Program, was in attendance. “Hal Foster’s framing of Dada,” he explained, “follows on his proposals in ‘Prosthetic Gods,’ in which he explores the psychoanalytic implications of the fragmented, displaced and/or traumatized self that was represented, if not embraced, by artists such as Hugo Ball and Max Ernst.”

“At this point, Foster’s line is that of the canon itself, but at least it is an updated canon that accounts for the devastating effects of technological change and violence in the 20th century,” Quiles continued. He did enjoy the lecture, but added that he would have liked “more information on Sophie Tauber and Emmy Hennings, two female artists whose contributions sound like they could be further fleshed out by scholars to come.”

The morning after his lecture, Foster met with F Newsmagazine at Cosi, the perennial meeting-place for SAIC affiliates, to talk a little bit more about his new project and its relevance for today. “It’s something I’ve thought about for a long time,” he confided over a cup of coffee. “It’s an account of the avant-garde that’s not out there. It’s my version, and it has to do with the contemporary moment — these are moments when art and society are in crisis … I want to trace a line, though not a direct line, that runs from deep in the 19th century and into the present moment.”

The relevance for the contemporary moment has to do, of course, with the current state of war. However, during his lecture, Foster made the questionable assertion that the Iraq war hadn’t provoked the same enraged responses in artistic production that World War I did. When pressed further about this claim during the interview, Foster said, “I wanted to ask why [there was] this intense activity around World War One, but belated activity around the Iraq War.”

“But, there are echoes of Dada’s attack on what it means to be an object, or what it means to be a subject, in contemporary art,” he explained further. “These forms of destruction are at work in art today — in the work of artists like Isa Genzken. There’s an object-making, an installation-making, now that’s aggressive and formal, resembling the earlier work.”

While a deeper understanding of the historical avant-garde may help us better understand our current moment, Foster said that what really interests him in this project is the second, “brutal” period: “The mid-century moment is particularly neglected [in scholarship].”

“I’m interested in why these artists and makers became interested in things that are raw, brutal, brut-like and anti-cultural,” he continued. “This is coming at a time after the war, when means are limited. Their art is full of brutal creatures; in these moments of crisis, why does the animal reappear? It’s to do with the limits of the human, the limits of culture. It’s an aesthetic that’s to do with what’s left over — how do you live among the ruins?”

Unfortunately, academia will have to wait some time before the full expression of Foster’s ideas on the story of avant-garde hit the bookshelves. First, he’ll be releasing a new manuscript on Pop (focusing on the work of Hamilton, Lichtenstein, Warhol, Richter and Ruscha), which will be followed by a sequel to “Design and Crime.”

Foster will be returning to Chicago for a week this July as a guest faculty member for the 2010 Stone Summer Theory Institute. The critic says he’s excited at the prospect of returning to Chicago, a city that he knows little about beyond the Art Institute itself, “which is extraordinary.” 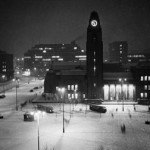