By Joel Kuennen and Natalie Edwards The Finch Migrates The Finch Gallery will be closing its doors at the end of January and moving to NYC, but not before celebrating a fruitful two-year run with the “requisite” dance party. The Finch started as a reaction to the “canned-beer art-parties and ego-driven shiny shows” which abound …

By Joel Kuennen and Natalie Edwards

The Finch Gallery will be closing its doors at the end of January and moving to NYC, but not before celebrating a fruitful two-year run with the “requisite” dance party.

The Finch started as a reaction to the “canned-beer art-parties and ego-driven shiny shows” which abound in Chicago. Opening in a decrepit space above a bowling alley, the founders traded renovating the space for its use and the Finch Gallery was born.

F Newsmagazine sat down with the SAIC alum Nicholas Freeman, Executive Director and Co-Founder of the gallery, to pick his brain about Finch Gallery, the art/gallery scene, Lacan, dance parties, and what comes next.

FN:    So what’s the story of The Finch Gallery? How’d it all start?

NF:    Canned-beer art-parties and ego-driven shiny shows seemed to be most of what my partner, Casey Murtaugh, and I encountered while looking at art in the city. We wanted to open a space that fit in between, a venue that focused on the work being made but not driven by its market viabilities. I worked a deal with the owner of the Fireside Bowl to let us open in the abandoned apartment above the bowling alley in exchange for the effort to renovate the space. This agreement also spurred us to form a nonprofit organization, so that the owner of the building could make a real property donation to us, writing the exchange off his taxes, and we, in turn could sustainably run the space with little annual overhead. This all worked great until we flooded the bowling alley bar with our stopped up toilet. We were then kicked out.

FN:    How would you characterize the art that The Finch shows?

NF:    We look to work with artists of all media, but focus on producing solo shows. Our purpose is to allow an artist the full opportunity to showcase not only their work, but the entire breadth of their idea. When we reopen in New York City this fall, I look to work more with performative and movement based art. Overall, we seek to provide a venue to artists whose work may prove difficult for other galleries to show.

FN:    You’re moving to New York at the end of the month and taking the gallery with you. What prompted the move?

NF:    Part of the move is personal, I’ve traveled quite a bit, but have always lived in Chicago; its time to get some fresh eyes. I bitched more than anybody about how everyone leaves here for the coasts, but after a few years of running this space, I decided that I needed to see how other independent galleries got down across the country. New York obviously is a vibrant conflux of new ideas but it is also a short jump to D.C., Philly, and Boston. I am interested in going and absorbing as much as possible in this next phase of the gallery, then returning to Chicago and doing things better.

NF:    It’s all about playing with the idea of the frame. The Finch Gallery is to be going to turn into an “inside-out gallery”, operating on the street as opposed to within a static space. I’m interested in what The Stars did in China in the late 70’s by displaying their work directly to the people because the state wasn’t having it. I think that artists and the viewing public have always been under the thumb of one outside pressure or another; be it the Church, or the Salon, or now through the gallery owner circuit. If work serves a particular slant or has profitability, it will always have a public venue. We will continue to show work in a manner that helps bridge the esoteric divide between artist and audience and not play to the tune of the market. The Finch has always prided ourselves on being a socialist space (the name is derived from the most common species of bird), we don’t need some hot receptionist sitting behind a Mac in our gallery to legitimize us. We do so through shared experience with the people of our neighborhoods. Taking the gallery directly to the streets is a natural step.

FN:  As a small apartment gallery, how has the economic slow-down affected your gallery? Have you seen it affect the art scene here in general and do you anticipate it working against you in NY?

NF: Everybody is getting squeezed, but we never operated on sales so the art-market drop hasn’t affected us. Broke is broke. We’ve worked like this our whole lives, so it’s not much different. I feel like it’s an opportune time to go to NYC because while everyone craps themselves and pulls money out of the arts, I plan to hang tight, learn from the wealth of action in that town, and continue to grow the gallery and its mission so that when the world rights itself, we know best what to do with the funding when it begins to flow again.

FN: Education seems to be an integral part of your ultimate goal with this gallery project. How do you plan on incorporating it?

NF: A future endeavor for the gallery is to start an education program for high-school students. Basically, it’s a prep course for young artists designed to aid in portfolio development and to act as a heads-up for what’s coming to them if they go to art school. I think that arts education is bullshit, not that you can’t learn from the history and influence of your peers and faculty, but we are pushed through the system so quickly, that the tens of thousands of dollars you spend on your education is up and gone even before you develop the intellectual capacity to absorb all that you’re being exposed to. How is a 22 year old supposed to really make Lacanian theory a viable avenue of thought while they’re also grappling with the technical aspects of painting, let alone the inevitable experimentations of one’s youth? It’s too much, too fast, and all thrown at you before most students get to leave the country or even decide what their base role is as an artist. Our program is designed to help bolster the piss-poor high school arts education before the over-priced institutionalizing begins.

Of course everyone would like to have a huge functioning machine that runs just like a digestive system in their town, but only the people of Montreal have that luxury, at least until Valentine’s day. The Université du Québec’s art gallery has installed Wim Delvoye’s tower of digestion and excretion, upsetting the stomachs of tax-payers and enemies of poop smells. The “mouth” is fed twice daily with leftovers from the museum’s cafeteria, and the sphyncter opens up for a turd once a day. Of course, the steel, rubber and glass installation also releases a nauseating sulphuric gas, because any good sculptural representation of a digestive system must fart.

Delvoye claims that the installation is a reflection of the creative process and acknowledges the vulnerability of the sculpture’s meaning: in an art museum, Cloaca is art; in a garage, it is just an interesting machine. He also believes it doesn’t belong in a science museum.
Delvoye intentionally tried to make something absurdly unnecessary, but also claims to have created something to which everyone can relate. Everybody poops.— NE

The Polaroid Company has dumped the nostalgic analog film process that has long defined the Polaroid brand for a new, “modern” revision of instant film: a camera that spits out digital printed copies of the photo you just took. Not to worry, leave it to Netherlanders to rescue an American tradition. The Impossible Project, a company founded with the sole purpose of manufacturing the film that time might have forgotten, has purchased all the old Polaroid equipment and has signed a ten-year lease on the building that houses the equipment.  Look for the instant film to be available again by 2010.— NE

Because nothing is sacred and irony will not ebb no matter how hard it is beaten with hope, an American writer living in London has written a musical called “Obama on My Mind,” a self-described “musical romp” that combines a disturbing array of musical genres, including “some motownish
stuff” and tango.

The Hen and Chickens Theatre in North London will run the show for three weeks in March, but an Obama character will not appear on stage. The play is set in a campaign office. This is not the only Obama musical, however. Another original musical ran in Kenya last November.— NE 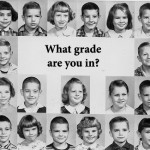 Assessing the Assessment: Grades at SAIC 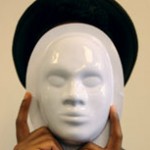 The benefit of hindsight