In any event, the winner this year was a film called Born Into Brothels, by activist/photographer Zana Briski and Ross Kaufman. 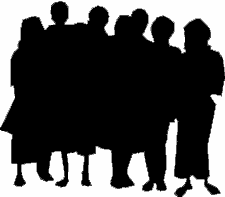 Watching the Oscars this year, it was not hard to tell which awards were considered important and which were considered unimportant by the powers that be. If the category was considered important, the nominees were introduced individually, in the traditional way, with cameras getting close-ups of them in their seats. However, if it was deemed unimportant, the nominees did not even have the honor of accepting their award on stage. In this new format, instead of introducing the nominees for Best Documentary Feature individually, all the nominees got on the stage together and we saw them in a high-angle wide shot, with the names of their films appearing on the floor. So I guess the backwards logic was that documentary film is more important than, say animated short, but not as important as cinematography.

In any event, the winner this year was a film called Born Into Brothels, by activist/photographer Zana Briski and Ross Kaufman. The film takes place in the red light district of Calcutta where Briski lived while she was photographing the sex workers of this region. While there, Briski met the children of the sex workers and decided that she wanted to help them avoid what seemed to be an inevitable descent into prostitution and crime. To accomplish this, Briski started a photography class for the children. They were given cameras and taught the basics of light and composition, and they went around and photographed their world. In addition to the class, Briski set for herself the goal of getting her students out of the brothels and into boarding schools, where they at least had a chance at an education and a future. 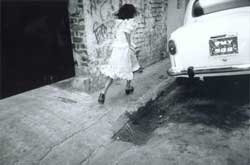 Born into Brothels does a very nice job of interweaving the individual stories of the seven children in Briskiâs photography class while presenting their actual photographs in a flattering fashion. Indeed, the film treats each child as an individual artist whose work is given the proper Ken Burns-style tribute of the slow and respectful zooms in and out. The children come across as clearly-defined individuals who each have their own charming traits, and throughout the film we are treated to their astute observations. The film also does a very good job of respecting the autonomy of each child, allowing them to express themselves. The film challenges our 19th century notions of romantic childhood; these children are not rosy innocents. Instead, they are individuals with strengths and flaws but with surprisingly sharp minds. As the children get better at photography, Briski decides to display their work in galleries in India and New York. One particularly talented boy from the group, Avijit, is even sent to an international photography competition in Amsterdam.

Born Into Brothels raises some particularly interesting issues in its representation of Briski and the nature of her project. Briski becomes both our narrator and our guide through this world, and I found myself asking more than once: Why is she doing this? The only clue we get is her telling us that there is no rational reason why she started the project. She simply felt compelled to do it. This is a legitimate response, but what I’m really getting at is not why she started the photography class, but, why is she making a film about this? Haven’t the children had lots of media exposure already from their gallery shows?

Certainly, it is interesting to learn about a part of the world that we have no access to, but ultimately, Born Into Brothels is not about the brothels at all. True, there are references made to the conditions in which these children live and there are some well-placed scenes of shouting and, to some extent, neglect by their parents. However, the dire circumstances are never really established in the film. Born into Brothels is really about Briski’s mission, and our getting to know the children merely functions as an emotional hook that makes us care care about the real protagonist: Zana Briski. At the gallery opening in New York, we hear Briski repeat, almost like a mantra, that the sale of the children’s photographs is being undertaken to help them. She says it almost like she’s fighting with something in her mind.

Indeed, what she’s struggling with in this revealing moment is what all documentary filmmakers struggle with. Namely, to what extent are we exploiting our subjects? The answer to this question is that there is no necessary connection between the intention of the filmmaker and the degree of exploitation experienced in the film as a piece of art. The really interesting thing to me about Born Into Brothels is that it is clear that the filmmaker wasn’t intending to exploit the children. On the contrary, I have no doubt that her intentions were noble. Nevertheless, the way the film is constructed, runs against these good intentions and creates a feeling of exploitative filmmaking that is hard to shake.