This March, the Gene Siskel Film Center celebrated its 8th annual European Union Film Festival. From March 4 to 24, 43 films, ranging from full-length features to documentaries and short subjects, represented all 25 of the European Union nations.

This March, the Gene Siskel Film Center celebrated its 8th annual European Union Film Festival. From March 4 to 24, 43 films, ranging from full-length features to documentaries and short subjects, represented all 25 of the European Union nations. For most American audiences, this was a first look at films, such as Danny Boyleâs Millions and Francois Ozonâs 5×2, that will receive a U.S. theatrical release in the coming months, while many other films will not be available again until their eventual DVD releases.

Millions (2004), England, directed by Danny Boyle. To date, there havenât been many Danny Boyle films you would want to take your children to, but Millions is certainly a departure from his typical subject matter. The story takes place in an England that is just weeks away from economic conversion from the pound to the euro, as two young boys, still recovering from the recent death of their mother (Dominic has conversations with Catholic saints, while Anthony is obsessed with adult finances) discover nearly three hundred thousand pounds that have seemingly fallen from the sky. Their subsequent decisions regarding what to do with such a fortune (especially after learning that it has been stolen), take up the majority of the film, and project them both into humorous set pieces and moral difficulties.

This kind of moral conundrum is not alien to Boyle his characters have grappled with the outcomes of dubious windfalls in both Shallow Grave and Trainspotting but here, the treatment is certainly directed at a younger audience. Indeed, the various strengths and weaknesses of Millions largely depend on whether it is received as a film for adults or children. The plot is weak, particularly the hasty introduction of the villain and the saccharine dnouement, but it remains funnier and more savvy than most live-action childrenâs films. As usual, Boyleâs visual sensibility is top-notch; the screen pops with bright primary colors, while the fluid camerawork lends a sense of magic to an otherwise commonplace English town. (Millions went into limited theatrical release in the United States on March 11.)

En la Ciudad (2003), Spain, dir. Cesc Gay. En la Ciudad (In the City) is director Cesc Gayâs second feature film. His first, the lovely Nico and Dani, investigated the formation of sexual desire and the conflicts between love and friendship. Ciudad takes similar subject matter to the adult world, leisurely following a group of Barcelona friends as they conduct illicit romantic affairs and attempt to reconcile their public lives with their private secrets. ãEveryone has secrets, no?ä asks Irene, and sheâs right. Tomas is sleeping with his underage music student, the niece of his friend Mario, who in turn believes his wife is cheating on him. Meanwhile, Irene is dealing with her own conflicts between obligation and passion, while Sofia lies to everyone she meets about the state of her romances.

The surprising thing about Ciudad is not so much the capacity of its characters to get themselves into difficult situations, but their cohesiveness as a group. Due to the remarkable ability each has to keep secrets, the film turns into more of a meditation on the nature of friendship than an expos of the decline of contemporary marriage. (No slated U.S. theatrical release; DVD release date unknown.)

Adam & Paul (2004), Ireland, dir. Lenny Abrahamson. The Irish film Adam & Paul depicts a day in the life of two Dublin junkies, listlessly following them as they encounter former friends and attempt petty larceny in the hope of scoring another fix. The symbiotic duo is virtually indistinguishable from one another; none of the other characters seem able to tell them apart. More importantly, such an endeavor would be rendered pointless in that neither Adam nor Paul is the least bit interesting or sympathetic. It is fairly obvious from the outset that these arenât the kind of addicts who end up seeing the light there is only one way out for them, and it isnât rehab. This gritty note is not itself the problem, but when combined with the filmmakersâ desperate attempt to inject some humor into the proceedings by making fun of the deep disconnection with the world that characterizes heroin addiction, the film as a whole is rendered both pointless and cruel. (No slated U.S. theatrical release; DVD release date unknown.) 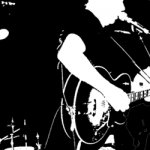 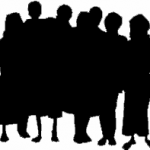