Was Same-Day-Streaming A Good Idea?

In the wake of COVID-19 crippling the cinematic economy, Jensen Teng takes a look at whether same-day-streaming for blockbuster releases helped or hurt both filmmakers and audiences. 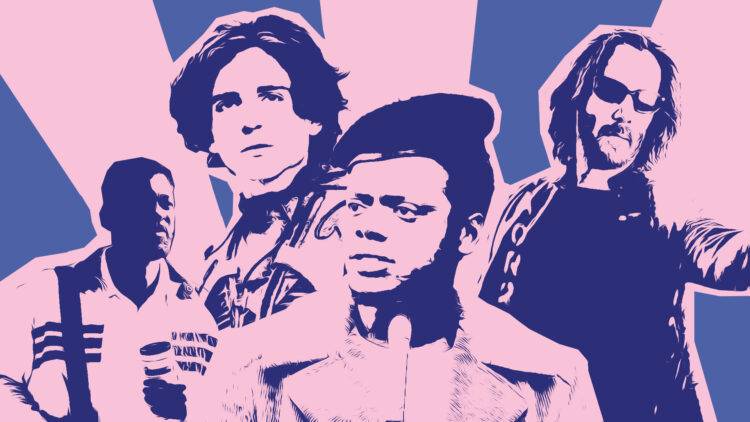 With the pandemic stirring up the cinema world, all the production companies and streaming services have been scratching their heads and taking a leap of faith with big moves. At the end of 2020, Warner Bros decided to conduct an experiment. Their new film, “Wonder Woman 1984,” would be released on the streaming service HBO Max on the same day as its theatrical release. The result? I think we all know the result! Shortly after, Warner Bros announced in January that they would be doing same-day releases for not one, but all of their movies on HBO Max in 2021. These included some of the biggest films coming out in 2021, including “Judas and the Black Messiah,” “The Conjuring: The Devil Made Me Do It,” “The Suicide Squad”, “Dune,” “King Richard,” and one of the most anticipated sequels, “The Matrix: Resurrections.”

From the audience’s viewpoint, this is a major win, as we gain another option to view our favorite films. This also drives audiences to look forward to the day that the film is being released during the year, so they can tune in from their living rooms the evening that it is released. But even with these flexible options for cinema-goers, they can still choose to watch the film in the cinema if they think it will be a better experience. This newfound flexibility to enjoy new films from anywhere as we continue to live in uncertainty is the main reason why people signed up for HBO Max this year — I being one of them, as I have never subscribed to HBO Max before either. Compared to a year ago, HBO Max subscribers’ numbers are up by a roaring 29%, and this is only from their half-year report.

However, not everyone is happy with the decision for Warner Bros to partner with HBO Max, especially filmmakers. One of the biggest negative comments came from director Christopher Nolan, who brought us the most recent “Batman” trilogy, “Inception,” and “Interstellar.” Nolan has long been a supporter of only watching movies in the cinema. As he brutally stated, “Some of our industry’s biggest filmmakers and most important movie stars went to bed the night before thinking they were working for the greatest movie studio and woke up to find out they were working for the worst streaming service.”

He isn’t exactly wrong — HBO Max is not the top-performing stream service out there. This decision also becomes less justifiable, in hindsight, because the studio allegedly hid this decision from their actors and filmmakers. And from filmmakers’ perspectives, for more than a century, films were made for the big screen. Years of their time are spent working on their movies to ensure a prime cinematic experience, from sounds to post-production and so much more. Viewing the films anywhere else other than the cinema prevents us from this immersive movie experience that filmmakers so painstakingly work on. On the other hand, from a business point of view, the pandemic has shut down movie theaters for too long. Continuing to delay films’ release dates is not a practical solution. These furious production companies have to find a way to make money again.

For films that are looking to make their money back, it is a little unfair for them. Let’s take “Dune” as an example. Being one of the most anticipated films for the past two years, “Dune” was finally showing in theatres and on HBO Max. However, its initial performance wasn’t as good as expected, as it was only the 8th biggest opening weekend movie of 2021. With this film only being Part 1 in a trilogy, Warner Brothers and Legendary Films announced that they would decide the fate of Part 2 based on Part 1’s box office performance. This is not surprising, seeing as the more people that decide to watch it on HBO MAX, meaning the less will support it in the theater. Fortunately, despite the odds stacked against it, “Dune” went on to become the seventh-highest grossing film of 2021, and Part 2 was greenlit in late October.

Same-day releases allowed a wider audience to conveniently check out new movies anywhere. However, given the initial response to Warner Media’s decision, we already know that this convenience comes at the expense of filmmakers’ creative vision and box office numbers. With HBO MAX being a pioneer in 2021, maybe we will find this hybrid method of enjoying cinemas is here to stay — I certainly hope so, as I think this mechanic is an extremely smart advantage for the streaming services that do embrace it.

Cinema is a market that follows its customers’ directions, even if it means losing money. I would not be surprised to see streaming services and production companies trying to find a middle ground to work out a deal that benefits both themselves and the audience. One thing that I am sure of is that it will be difficult for filmmakers to accept the fact that the cinema is not “novel” anymore. It is no longer the sole way to enjoy our favorite films as the world continues to change. Who knows! Maybe in the next 5 years, we will all be enjoying films in the Metaverse.

For Soledad Muñoz, the Political is Personal