Are tarot readings on TikTok truly a sign of a higher power at work in the digital sphere? Or is it just empty spirituality? 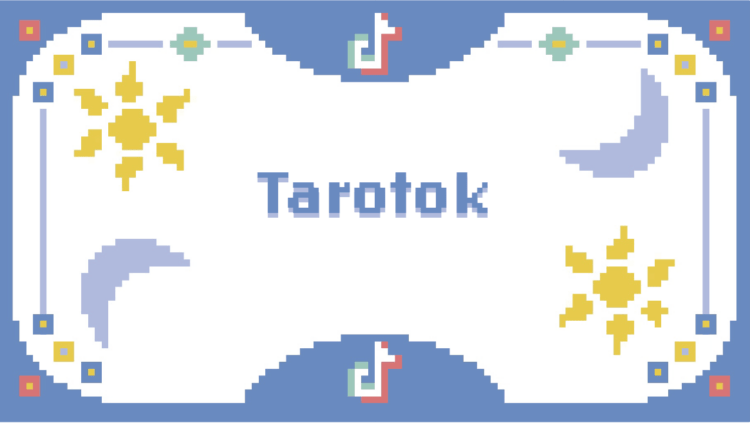 “If this reading is on your For You Page, it is probably for you.”

A familiar phrase if you’ve ever been on Tarotok, these words are almost always the very first you hear, verbatim, from most tarot readers on TikTok before they spend one whole minute telling you about your life, with respect to love, career, love, spirituality, love, mental health… oh, and did I mention, love?

Tarot is a form of divination through cards that helps you gain insight into the past, the present, or the future. A typical tarot deck consists of 78 cards, separated into two main categories: the Major and Minor Arcana. The Major Arcana represents the karmic and spiritual lessons and milestones a person goes through in their lifetime, and the Minor Arcana represents the more mundane: everyday trials and tribulations, including people or opportunities one might come across. Sessions can last anywhere from a short few minutes, typically single card draws, to more extensive two-hour readings involving complex, multiple card spreads.

While remote work on the scale we see today has been a product of the pandemic, the tarot community has offered the possibility of remote connection for decades now. Even back in the early 2000s, readers would offer phone and email readings for purchase on their websites. When online chatting and YouTube became prevalent, they evolved to accommodate that as well. It’s no surprise then, with its popularity soaring, that readers have found a way to make TikTok their own, especially since the pandemic saw more people turning to different kinds of religious and spiritual outlets in this time of crisis.

With over 1 billion active users globally, TikTok has become one of the most popular social media platforms there is today; it has become an essential way to connect with more viewers, especially a younger demographic. The issue here is less about its repurposing, and more about the fundamental question of whether TikTok, with its infamous algorithm, is the right platform for tarot at all.

Let’s circle back to another online platform that has a thriving psychic and tarot community — YouTube. One of the most common ways readers allow viewers to bring their energy and intention to a pre-recorded reading, is through a format called “Pick-a-Card.” In the first few minutes of this kind of reading, the viewer is invited to pick one of three or four groups, often indicated by crystals, different tarot decks, and the like. After this, they can just skip ahead on the video to the start of their chosen group’s tarot reading. Depending on the reader, pick-a-card videos can last anywhere from an hour for three to four piles to even three or four hours, i.e., fifteen minutes to an hour per group.

Tarot readers build a community of loyal viewers who come to their videos looking for guidance. A perusal of the comments sections reveals a community of people who often share the experiences that brought them to that video, the pile they chose and why it resonated with them. Readers engage with their community through this comment section, community polls to vote on new topics, and collaborations with other YouTubers.

Going through the kinds of questions these videos often answer, it’s apparent that love is the most frequent topic of choice. What is coming next in love? Who is my soulmate/twin flame? What will our first time be like? Oh yes. They go there.

As some readers acknowledge, this is because these are quite simply their best performing videos. Translation — it’s an easy way for new people to find their channel. Despite this, the virtue of having more time allows readers the potential of detailed, nuanced readings for clickbait-y questions.

As you can probably imagine, TikTok is largely the same. However, TikTok allows readers a maximum of three minutes to get their point across. So, while some readers still use the pick-a-card style, the large majority read what they title “the energy of the collective”. Going by the number of likes on these videos — admittedly, partially dependent on how early you find it (or it finds you) — that collective can be anywhere from ten people to a hundred thousand.

TikTok as a platform is not necessarily one that lends itself to long-form nuanced conversations. That’s not its purpose. How then can readers responsibly communicate, in one minute, any real information that pertains to an individual’s situation? (Spoiler alert: you can’t, really.) Most readers instead use the energy of the collective to helpfully remind readers they offer private readings and truly, no shade — they have a business to run.

It is still worth noting that is what “spirituality” has been reduced to in most of these contexts — a business of confirmation bias. What is the line between finding advice that is genuinely helpful, and “finding” videos that TikTok’s scarily accurate algorithm directs you to, which all say the same thing because it’s figured out what you’re paying attention to right now? Worse still are the readers who tell you to follow them and like their video to “claim” the reading. Weirdly enough, tapping a button on TikTok will not in fact guarantee that you’ll find the love of your life in the next week. These readers are in truth reminiscent of the chain-emails of the aughts where you would incur bad luck for seven years if you didn’t forward that email to at least twenty people. RIP my old email lists.

Regardless, even for those of us with any amount of awareness about this situation, it’s hard. It’s easy to prey on young and new adults alike — especially as we’re slowly coming out of a pandemic. If Tarotok has found you, it’s likely because you’re looking outside of yourself for something — answers, confirmation, advice. But to use the algorithm as a substitute for real intuitive practice, and to be actively encouraged to do so? I struggle to find the spirituality in that.

Now, if you’ll excuse me, I will be spending the next minute of my life finding out if I’ll be meeting the soulmate I’ve manifested in the next 48 hours. (If the videos that I’ve been seeing on my FYP are any indication, the answer is yes.)

Entertainment, Featured No Captions, No Hashtags, No Coincidences: Tarot on TikTok
« Previous Story