A Timeline of Queer Horror Films

Lillian Climo offers a short survey of queer representation in horror, a genre with the unique capacity to sublimate alienated identities. 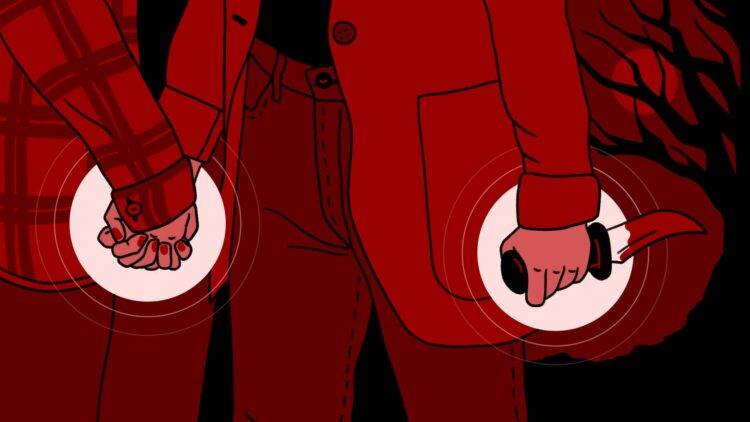 Horror movies have a unique capacity to represent “the Other,” namely people who are excluded from or are thought to threaten normative culture. This is particularly relevant to monster movies, where viewers may find that “monsters” are just thinly veiled representations of marginalized groups. As horror has grown more diverse, many filmmakers have subverted harmful tropes and reassessed what it means to depict race, gender, sexuality, and ability. A queer canon of horror has emerged through this process, including recent films that are explicitly LGBT, as well as older films that incorporate intentionally queer subtext.

As a queer woman and an avid horror fan, I have spent the past few years seeking out films that focus on gender and sexuality, particularly ones that interrogate tired tropes of queer monstrosity. Horror offers a valuable model for both cultural critique and representation because it allows us to question what constitutes monstrosity, and contend with the unjust demonization of vulnerable peoples. In a genre that hinges on the repetition of certain tropes, there is immense importance in queer storytelling which can disrupt stereotypical roles. The films below present a timeline of queerness in horror, spanning from 1963’s “The Haunting” to 2021’s “Fear Street Trilogy.”

This adaptation of Shirley Jackson’s novel, “The Haunting of Hill House,” features a lesbian character named Theodora. The film centers on a doctor who is studying the paranormal activities of a haunted house. He is joined by the house’s heirs and two young women, Theodora and Eleanor, who have had supernatural experiences in the past. While the film does not state Theodora’s sexuality outright, early versions of its script include a scene that reveals she had just broken up with a woman. In the 2018 television series, which continues to explore this iconic novel, Theodora’s queer identity is explicitly explored.

The 1970s saw the rise of the lesbian vampire, a notable trope in horror. Likely dating back to the 1872 novella Carmilla, the trope antagonizes lesbianism and equates queer desire with predatory violence. In “Daughters of Darkness,” a heterosexual newlywed couple is targeted by a descendant of Erzsébet Báthory, a 17th-century noblewoman who killed and mutilated girls. She successfully seduces the wife, Valerie, and turns her into a vampire. Later, Valerie is seen pursuing another couple, mirroring the way that she and her husband were hunted.

“The Hunger” is a horror and romance film starring David Bowie, Catherine Deneuve, and Susan Sarandon. The film draws on the lesbian vampire trope and follows an ancient vampire named Miriam who seeks out human lovers of all genders. Following her relationship with Bowie’s character, John, she attempts to seduce Sarandon’s character, Sarah. “The Hunger” presents an intriguing depiction of queer desire, capturing Sarah’s simultaneous yearning for Miriam and her fear of becoming like her. The film has retained a cult status because of its queer content, its star-studded cast, and its iconic goth style.

Following the success of a mainstream slasher, “A Nightmare on Elm Street 2: Freddy’s Revenge” is perhaps the most homoerotic slasher ever made. The film follows Jesse, a young man possessed by the supernatural serial killer, Freddy Krueger, who wears razors on his hands to kill victims in their dreams. The film has been read as an allegory for coming out or experiencing queer desire due to its many erotically charged scenes — Freddy tracing Jesse’s lips with his razor hands, Jesse encountering his gym teacher at a fetish club, and Jesse running in fear from his girlfriend to his attractive male friend’s bed. Decades after its release, some of the film’s makers revealed that the gay “subtext” was intentional. Despite criticism of its technical faults, the film maintains a cult status amongst queer audiences and is undoubtedly a unique piece of slasher history.

Perhaps one of the most intriguing reinterpretations of the queer monster to be released in recent years, “Thelma” follows a devout disabled young woman who experiences a queer and supernatural awakening in college. Throughout the film, Thelma deconstructs the shame that her family, particularly her father, instilled around her telekinetic powers. Eventually, Thelma uses her powers to burn her father alive. This act allows her to continue her education while violently separating her from a restrictive upbringing. The film’s conclusion shows Thelma embracing her queerness and her disability, despite others perceiving these qualities as monstrous.

The Brazilian film, “Good Manners,” presents an interesting perspective on queer relationships and found family. The film follows a wealthy pregnant woman, Ana, and her nanny, Clara. As they begin a sexual relationship, the expecting mother transforms into a werewolf. This transformation accelerates their relationship through a shared fear of Ana’s new desires and actions, and Clara’s heightened need to care for Ana. While its queer relationship is certainly not the most crucial part of the film, the relationship between the two characters is genuine and leads to powerful reckonings surrounding familial obligations.

“Bit” follows a young trans woman who joins a group of lesbian vampires after moving to L.A. The film is not particularly well made or acted but is notable for including LGBT characters who are not exclusively defined by their queerness. Still, many characters feel poorly developed and the film does little to think critically about gender and sexuality. At times, it presents a distinctly reductive perspective on lesbian relationships, implying that the characters’ queerness is related to traumas inflicted by men rather than authentic desire. Thus, queer intimacy is pushed to the margins by male violence. Still, the film is a striking instance of representation in the genre that will hopefully lead to more complex trans and lesbian stories in horror.

This summer, filmmaker Leigh Janiak teamed up with Netflix to release three horror films over three weeks. The trilogy, which references classic slashers and other horror icons, is based on the “Fear Street” novels by R.L. Stine. The film centers on a young lesbian couple who are attempting to destroy a witch that is haunting their town. Rather than sidelining or “burying” the lesbian characters, the films present a loving though tumultuous adolescent relationship — we follow the characters from an angsty breakup to a sweet reunion. The trilogy is fun, and Janiak represents her queer characters as heroes.

Of Spice and Sandworms: A “Dune” Podcast