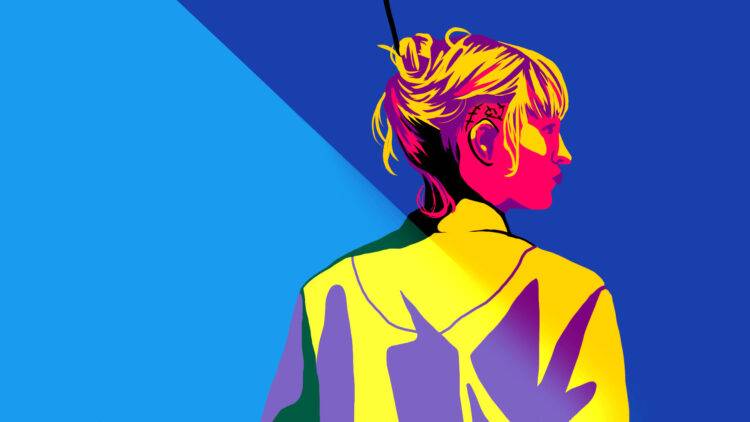 Auteur Theory is a column in which Aidan Bryant dives deep into the work of some of the most original filmmakers of yesterday, today, and tomorrow.

We are in a horror movie renaissance right now. Starting with “Get Out,” horror has moved from the definition of a genre film, to a “serious” genre. “Titane,” the latest film from body horror specialist Julia Ducournau, has just won the Palme d’Or at Cannes — becoming the first horror movie to ever win the coveted prize. However, “Titane” expands past body horror  into a space that is often overlooked. For lack of a better term, “Titane” strays into the “Non-Horror Horror Movie” genre — namely, movies that lean towards grittier, psychologically visceral content — populated by the likes of Todd Haynes’ “Safe” and Michael Haneke’s “The Piano Teacher.” Let’s look at how Ducournau navigates the two genres, and pushes them both together.

Body horror is the exploration of what happens when our bodies start to turn against us, morphing into a grotesque reflection of what they’re meant to be. Body horror is so effective because it deals with feelings and sensations that at some level we can all relate to, because we all have a body.  — fears of mortality, pain, wounds, and death. The terror I feel watching “Raw,” Ducournau’s first feature, comes from it playing on things I have actually experienced. I may not have eaten anybody, but I know how horrible it feels for my skin to tear or be pierced.

“Titane” is of the same breed. The massive titanium plate and scar on Alexia’s head following a car accident as a child is a constant reminder that she is not entirely human — a key theme in many body horror films. From the start, the violence in “Titane,” both subtle and overt, is entirely centered around the body. Alexia is a serial killer, and the way in which she kills her victims are very centered around inflicting pain to specific parts of the body. But if we’re talking about body horror, we have to acknowledge the elephant in the room. “Titane” is about a woman who has sex, and gets pregnant, with a car. Ducournau handles this brilliantly, as it would be so easy for this to fall into the cheesy horror trope it seems destined to be. When her skin starts splitting and we see chrome peeking out, it’s genuinely terrifying. It’s a very classic idea — the unholy mix of human and machine, forced onto an unwilling participant.

Yet Alexia is different. She is not a very sympathetic character — I mean, she’s a serial killer, she is ignored by everyone in her life, and she has a strange, unnaturally strong attraction to metal. But her descent out of humanity is still gripping. As she becomes more machine than human, we see her start to develop actual human emotions.

After the killings catch up to Alexia, she has to go on the run. Taping her breasts and stomach down, cutting her hair, and breaking her nose against a bathroom sink, she turns herself in to the police as Adrien, a boy who’s been missing for ten years. She’s picked up by Vincent, the missing boy’s father — a steroid-addicted firefighting captain. However, even as her transformation continues to destroy her, she and Vincent begin to develop a “father-son” relationship; brought together by their shared, all-consuming loneliness and their need for someone to care for reciprocally. The destruction of her body from the inside, through her unnatural pregnancy, and from the outside, through her constant binding as she becomes more pregnant, only seems to further humanize her mind.

To discuss “Titane” as just a body horror movie would be severely underselling it. This is what I mean by “Non-Horror Horror Movie.” The relationship between Alexia and Vincent is as terrifying as the more bodily-focused parts of the film. It’s such a bleak and awful situation that you can’t help but feel pure dread and anxiety in every scene, even if that is offset by the mutual tenderness they show towards each other. Ducournau forces the audience to confront these feelings head on. You have nothing to escape to, just like Alexia.

This is very emblematic of someone like Michael Haneke, another Non-Horror master. Take his 2001 film “The Piano Teacher,” which won the Grand Prix at the Cannes Film festival. It deals with a sexually repressed piano teacher living with her elderly mother, and her relationship with a young student who falls for her. This repression has resulted in extreme sadomasochistic tendencies, both towards others and towards herself. What I find so compelling about the film, and all of Haneke’s work, is the unflinching way it is presented to you. There are no breaks; there is no humor. Haneke utilizes long takes, not to wow his audience with his technical mastery, but to force your immersion into this awful situation. Ducournau takes a page out of his book. When you present someone with something so unfiltered and bleak, it can be scarier than any traditional horror film could dream of being.

I can’t help but feel trapped while watching “Titane” — I am trapped into experiencing whatever Ducournau wants to show me. This may sound like a very simple idea, but it’s not one that many people consider when we watch a movie. She gives the audience no breaks; nothing to retreat into. The body horror isn’t even “fun”, like in “The Fly” where you can really appreciate the makeup and effects. You’re forced to just deal with what you’re watching. Nothing ever gets better, and it only gets worse.

We talked about Schrader in my last column, and how we are in a very interesting era of modern filmmaking. Just like how everything should make you happy, nothing can make you too sad either. The lows can only go so low. “Titane” is not a movie that I was ever really happy while I was watching it. It feels, ironically, like watching a car crash over and over and over. But that doesn’t mean I didn’t love it. Ducournau presents a story so human, and at the same time, the furthest thing from it. It does what any great movie will do — it transcends its subject into something so much more.

Loving The Monster: The Commitment Issues of “Venom: Let...