How Leigh’s improvised scenework established a new form of cinema. 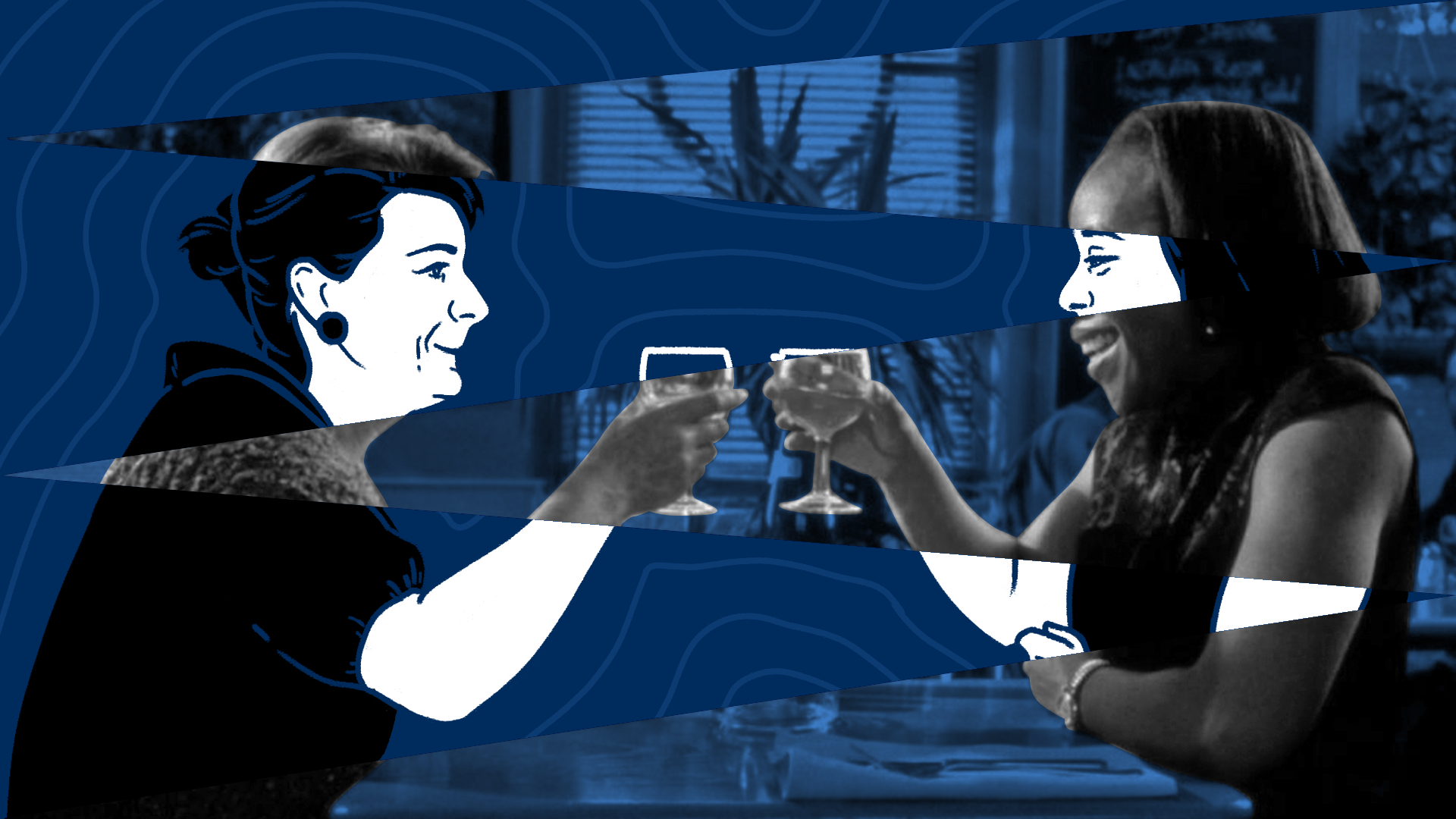 This is the first in a series, a retrospective on the cinema of 1996.

Realism, on a surface level, can be explained simply: It is the idea of a film or a character achieving the feeling of real life.

While this seems straightforward, achieving it at a high level can be extremely difficult. To create a cohesive, seamless narrative, allowing actors to improvise entire scenes is sometimes seen as a crutch. But this mindset takes away a lot of what can be done with improv. Many people think that it’s simply just actors riffing, but it can be so much more than that.

In his 1996 film, “Secrets & Lies,” Mike Leigh takes improvisation and realism to heights that are still being chased by filmmakers today. Improv in the context of film is often reduced to an actor going “off script,” or telling some joke that the director decided to keep in the movie. While it may be funny, watching people go back and forth doesn’t really get you a lot of substance.

Mike Leigh uses improvisation in the complete opposite direction. Instead of something being unplanned, Leigh’s films are painstakingly constructed from months and months of work. Leigh’s process begins with the actors. He starts with no script and works out each character with each actor, always based on a person they know in real life. The character’s whole life is planned out, even things that won’t be included in the film. Once he has his characters, Leigh introduces them to each other, but in the order that they would have met in real life. Then he has them perform the scenes fully improvised, and records them. He develops the script from those improvisations, and then shoots the film.

This is much more complex than just actors riffing — improvisation is the backbone of Leigh’s work. How he uses it to achieve realism is another story.

Leigh’s work is rooted in the Italian neorealist tradition, which was intensely focused on documenting postwar Italy, shooting in bombed-out cities, casting nonprofessional actors, and focusing on simple stories, often about the working class. We see a lot of these ideas present in Leigh’s work. Thatcher’s England, more specifically London, serves as Leigh’s environment just as much as postwar Italy was to the Neorealists. While improvisation can lead to reality, the setting is just as important, mainly the understanding of that place. Compare some cookie-cutter rom-com set in New York to any Scorsese film, or “Emily In Paris” to Varda’s “Cleo From 5 to 7.” Leigh documents London, and British life, with the depth that only someone with intense knowledge of the place can. He has a deep care for his subjects and treats them with respect. When we combine these two factors, realism can be achieved at a level past spontaneity.

“Secrets & Lies” has many plot threads, but the story between Hortense (Marianne Jean-Baptiste), and Cynthia (Brenda Blethyn) is the driving force behind the narrative. Hortense, a Black optometrist grieving her adopted family, is searching for her biological mother when she finds out that Cynthia, a white factory worker, is her mother. When they finally meet, Cynthia is confused, and denies being her mother, but goes into a diner with Hortense anyways.

The scene is simple, just a static shot of Cynthia and Hortense sitting next to each other. Cynthia denies being Hortense’s mother, saying that she has never been with a Black man. As she turns away from Hortense, we see a slow realization creep over her face, a memory being unlocked. She completely breaks down, but cannot leave as Hortense is sitting next to her, blocking her path. She realizes Hortense is her daughter, and apologizes, as Hortense just sits there. Instead of cutting, Leigh stays right there. Cynthia tries to connect with Hortense, asking her about her job, love life, but breaks down again. Cynthia is realizing that Hortense was better without her, especially compared to her other daughter, Roxanne.

This scene lasts 7 minutes. No cuts, no movement, nothing but Hortense and Cynthia. The difference in clothing, Cynthia trembling and knocking things over, Hortense shuffling through her birth certificate, every movement informs the audience of what is going on. Even when Cynthia turns from Hortense, she is confronted with her own reflection. The situation is inescapable to her. And Leigh’s process adds so much more to the film. When the two actors met, Leigh had not informed Blethyn that her daughter was Black. The feelings we see her go through are real, as real as they can be. Without the painstaking process Leigh has, this scene would lack the incredible emotional depth we see. This scene feels real because Leigh has done everything he can to make it that way.

Leigh’s process is something worth discussing. He is not a mainstream filmmaker by any means, but his influence on cinema is monumental. We’re starting to see cinema become more of a processed product than it ever has been. The auteur is losing power for the sake of profits, characters are losing depth, and a lot of movies seem to just want to mash the dopamine button in my head rather than challenge me. Leigh’s films are purely about his vision, and no one else’s. His process never considers “How will focus groups react?”

When asked about this, Leigh said, “There is no pressure on it to be attractive or saleable or commercial. It is whatever it is because of my own natural response to life, which is emotional and optimistic and pessimistic. That leaves the way open to create a character who is the way people are.”

“Look For the Abstraction In the Real”: Alum Sean...