How India’s authoritarian government is using colonial laws to punish its critics. 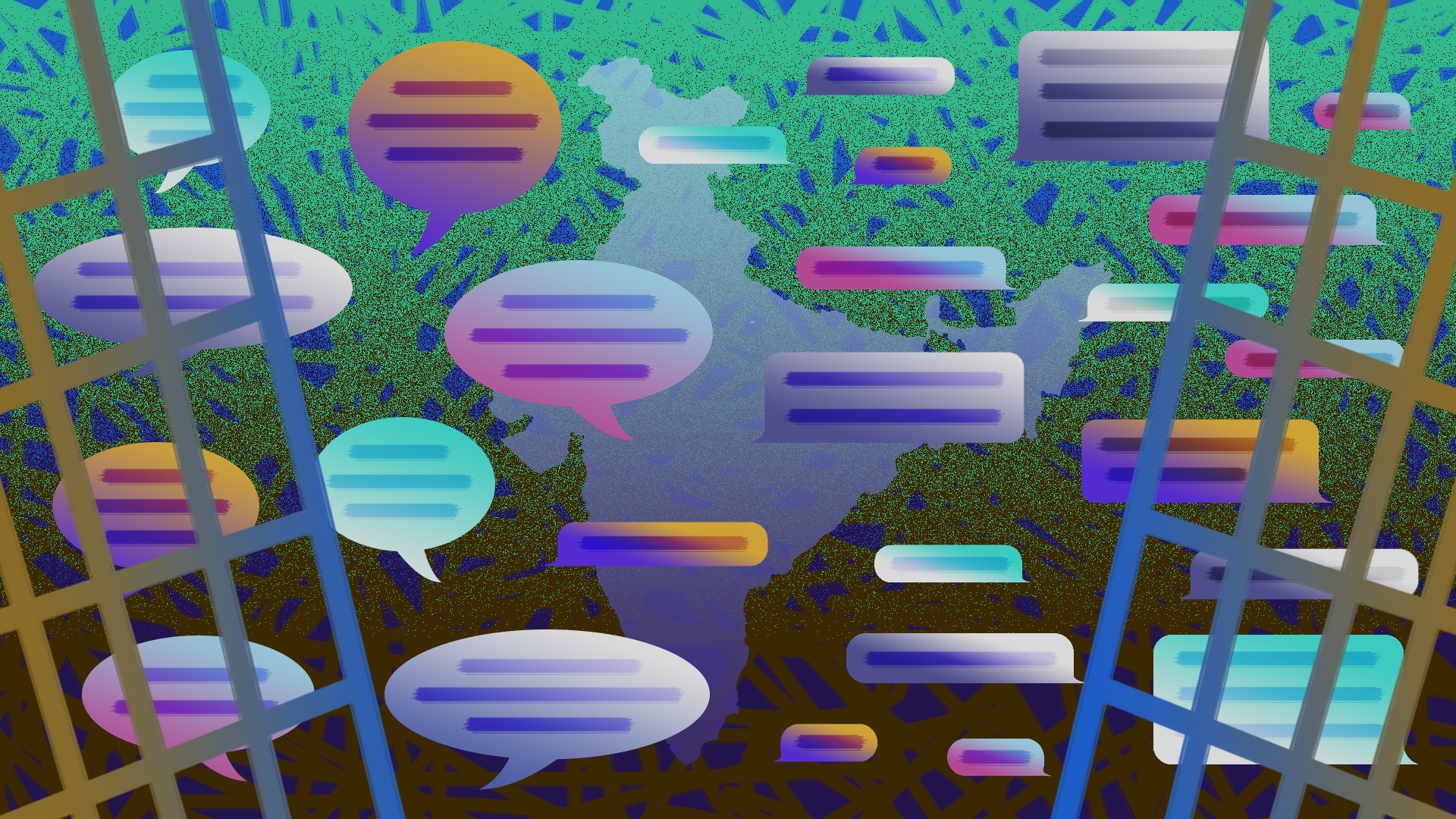 “When it comes to democracy, liberty of thought and expression is a cardinal value that is of paramount significance under our constitutional scheme.” This statement comes from the Supreme Court of India upon the passing of a 2015 verdict to protect online free speech against arbitrary restrictions. However, India has come a long way since then; not only has the apex court seemingly lost its spine, but the fascist ruling of Modi’s government has also sped up the use of the sedition law to shut down dissent against them.

In mid-July 2020, a Muslim journalist and student Sharjeel Usmani was removed from his hometown by police officers in Uttar Pradesh, a state controlled by the ruling Bharatiya Janata Party (BJP). The cops who came to arrest Sharjeel demanded to see his room without showing any identification or warrant. According to his brother Areeb Usmani, the police confiscated his laptop, his books, and a solitary set of clothes.

In their report, police alleged that Usmani incited violence when he called for protest at Aligarh Muslim University on Dec. 15, 2019, during which he spoke against the Citizenship Amendment Act (CAA), a bill passed earlier that month that discriminated against Muslims.

As reviewed by the Committee to Protect Journalists (CPJ) of India, the authorities pressed charges against Usmani including rioting, criminal intimidation, hurting a public servant, and disobeying a public servant. But Usmani is just a journalist who was writing in protest against the arrest of various students and activists arrested during the COVID-19 lockdown.

And Sharjeel Usmani isn’t the only one. The list is endless: Sharjeel Imam, Safoora Zargar, Kanahaiya Kumar, Umar Khalid, Aasif Iqbal Tanha, Chandrashekhar Ravan, and Meeran Haider have all been booked and arrested in the past three months under various acts such as the National Security Act (NSA), the Unlawful Activities (Prevention) Act (UAPA), the Goonda Act, and Sedition (IPC 124A).

Sedition, which falls under Section 124A of the Indian Penal Code, is defined as any action that brings or attempts to bring hatred or contempt towards the government of India. This law was introduced to India in 1870 by the British after the first Indian rebellion for freedom broke out in 1857.

According to the National Crime Records Bureau (NCRB) — which has only been collecting separate data on sedition cases since 2014 — there were 47 cases of sedition in 2014, which went up to 70 cases in just four years. In fact, 2017 alone saw a 45 percent increase in sedition cases.

And given how ruthless the government has become since December 2019, these numbers could continue to soar even higher.

In the first week of 2020, police in the eastern state of Jharkhand booked over 3,000 people who were protesting the new citizenship law, accusing them of “sedition” and other charges.

In the past 18 months, more than 10,000 tribal farmers in the same state were accused of sedition in 19 police cases for opposing the government acquisition of their mineral-rich lands, which authorities are seeking for so-called developmental projects.

These cases — which were slapped on the tribal farmers by the BJP — were later withdrawn when newly elected Chief Minister Hemant Soren took over the state of Jharkhand.

In an interview with Al-Jazeera, Soren claimed that he demanded the police to explain their reasons for slapping peaceful protesters with sedition charges. “Charge of sedition is a serious allegation which needs to be applied with careful scrutiny,” said Soren to Al-Jazeera. “In this case, we have asked the officials to drop the charges and provide an explanation. Law is not meant to suppress people’s voice, but to create a sense of security among the people. My government will respect law and protect people.”

And these cases are not the only ones. Some make it into the news, but most don’t.

Other recent instances of sedition charges suggest that this 150-year-old colonial law is being strategically used to pitch particular acts of dissent as a threat to the nation. The case against JNU’s Kanhaiya Kumar in 2016 stated that he was accused of chanting “anti-national slogans,” while the cases against student activists like Sharjeel Imam or Meeran Haider were pressed only because the students challenged a law the government was trying to pass in the name of “national interest.” This pattern proves that anyone questioning the government or its functioning is “seditious” in Modi’s India.

The bigger problem with this law is that it rarely leads to trials, let alone convictions. This gives the government more opportunity to exploit people arrested for sedition.

The “nationalism” rhetoric used to protect the sedition law from public discourse is also used to accuse citizens of “anti-national” activities. Such invocations add a moral angle to the pursuit of sedition law violations, and lead to citizen judgement without any trial. Terms like “liberandu,” “presstitutes,” “anti-national,” “urban naxals,” etc. were coined after 2014 and have gradually become common language used to describe activists, intellectuals and other members of society who express dissent towards the right-wing. The sedition law upholds the discourse around nationalism, along with the government’s exploitation of its dissenting citizens’ human rights. Bail pleas and articles circulating among the press describe the sedition law as a violation of rights of freedom and expression.

Apart from students and journalists, human rights activists have frequently been targeted under colonial laws like Sedition and Unlawful Activities Prevention Act (UAPA). The human rights activist Upendra Nayak — who has been working to challenge fabricated charges of Maoist links among the Adivasis people in the eastern state of Odisha — was arrested in 2018 under charges with very little public attention. Often times, the government and its supporters cite the Naxalite movement to justify sedition-related arrests among Indigenous Indian tribes; but ironically, such arrests often have little to do with violence  and more to do with the ideological differences between the government and Indigenous citizens. In short, it is varying belief systems that the government considers anti-national or seditious.

India’s sedition law doesn’t even need to show any violent acts as a proof of terror and threat to the state. It has primarily become a law for thought-crimes or ideological violations, wherein mere evidence of ‘creating dissent towards the state among your fellow countrymen’ is enough. This has led to the conclusion that the government now doesn’t use the law to target just the content of the seditious speech, but also the fact that it was expressed in a public sphere where it can influence other citizens.

And it has become pretty evident from cases like those of Safoora Zargar, Sharjeel Imam, Kanhaiya Kumar and Umar Khalid that these draconian laws are being used to invoke a sense of fear among Indian citizens, to pressure them into limiting their individual liberties and keeping their dissent under the radar. Those charged under these laws are used as cautionary examples to show that one doesn’t need to commit any violent or directly harmful activities to be seditious and warrant state action; a random Facebook post or Tweet or  a question asked of the government can result in authoritative action. Because in Modi’s India, you cannot question or challenge the powers that be.

And this rising nationalist rhetoric that the Modi regime is using in its favor is a threat to Indian democracy, arguably more so than any Facebook post. Expressions of dissent are no longer viewed as an exercise of democratic rights, but are rather considered threats to the nation. The usage of labels on people’s speech, like “Anti-National” uttered by the BJP president himself sends a loud and clear message: either remain quiet or suffer the consequences. But what’s more harmful is how such messages by those in power imply that those dissenting belong to some invisible organization seeking to threaten the nation and are used to coerce other citizens into silence.

Colonial policies like the sedition law must be questioned and challenged; they should not attempt to prevent the people from speaking their mind; they should not be allowed to engulf the freedom that poet Rabindranath Tagore once of dreamed of for India — the country where he wished for the mind to be without fear and the head to be held high.