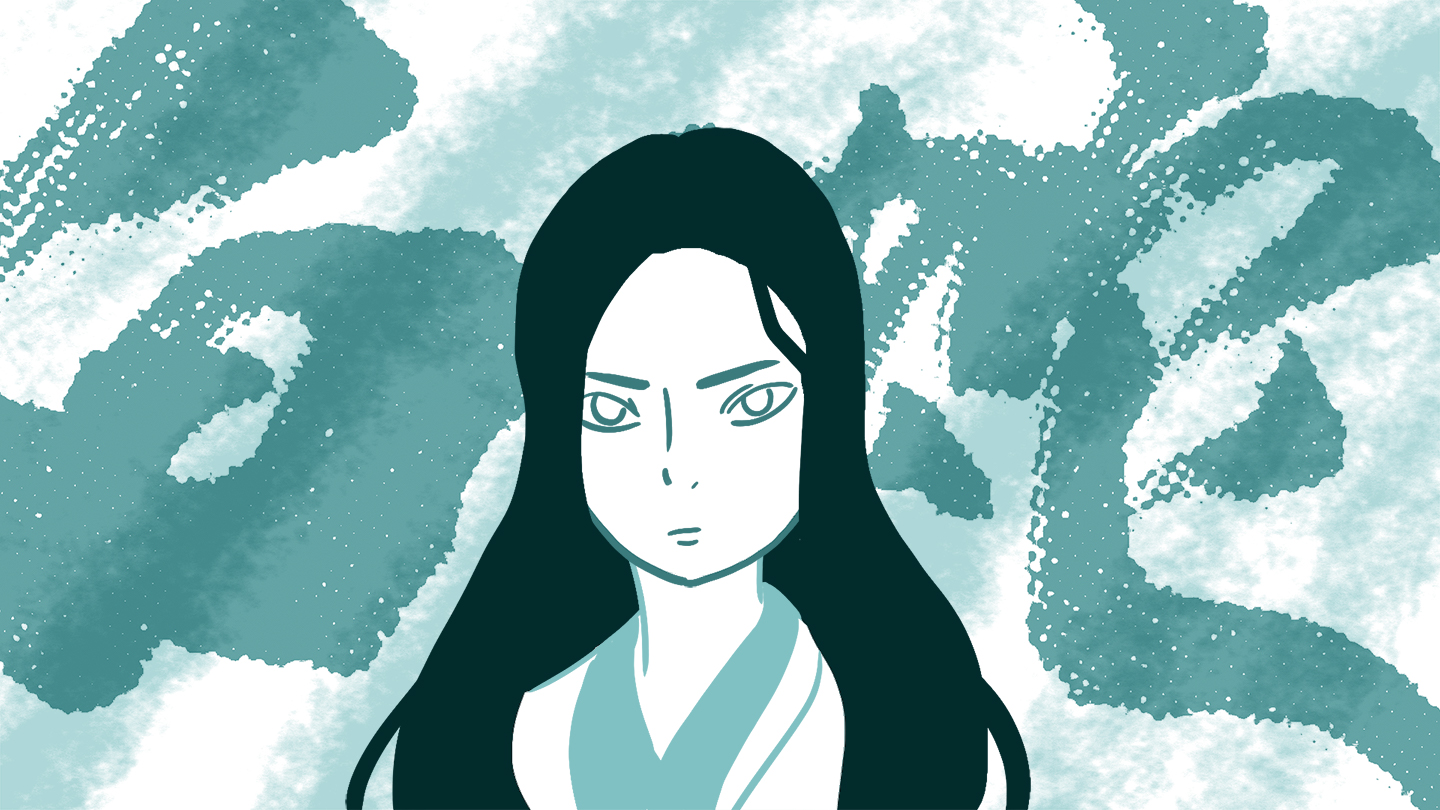 “White Snake” is one of the most mesmerizing yet inconsequential animated films of 2019 — a visual virtuoso mired by antiquated star-crossed lover archetypes. Based on a popular Chinese legend about a white snake spirit who falls in love with a human, this adaptation from Light Chaser Animation and directors Amp Wong and Zhao Ji frames this well-worn narrative as the clash between the forces of good and evil, Taoist philosophy on mortal versus immortal souls, and the power disparity of manipulative rulers to those they govern. The universal nature of the forbidden love motif lends itself to open-ended storytelling and contemporary social commentary. However, despite the film’s potential, “White Snake” is ultimately a bit too predictable, a bit too safe, and perhaps a bit too regressive.

“White Snake” opens with Blanca (Zhe Zhang), a white snake demon-spirit, meditating on a 500-year lost memory when humans gifted with dark magic fought shape-shifting snake spirits. Verta (Xiaoxi Tang), a green snake and Blanca’s sister, offers the white snake a jade hairpin, which unlocks a flashback that carries the rest of the plot. 500 years in the past, Blanca wakes up in a mountain village, seemingly a real human, unable to remember anything about herself. Xuan (Tianxiang Yang), a suave and light-footed snakecatcher, leads Blanca to where he found her unconscious on a waterfall cliff a day earlier. Instantly, the spark of romance is lit, and the two engage in a humorous series of awry magical charms, bashful sideways glances, and an indulgent amount of awkward hand-holding. Blanca and Xuan quickly realize Blanca is a demon-spirit, and embark on a quest to discover her mysterious origins, led by a single clue: a jade hairpin. Meanwhile, two opposing forces prepare for battle. The General, a dark wizard who terrorizes villagers with a legion of origami red-crowned cranes and armored paper soldiers, steals the souls of snakes and snake spirits to feed his immortality; the Snake Queen, a volcanic spirit who creates golden holographic projections of her serpentine essence, has instilled an immutable hatred of all human life to her army of snake spirits. Both rulers send out their respective assassins — the Little General (Zhang Boheng) and Vetra — to kill Blanca and Xuan, because each desire Blanca’s ultimate white snake power.

There is nothing inherently disagreeable in “White Snake”; the viewing experience satisfies the lover in me who sometimes just needs an adventure-filled romance. But because “White Snake” is constantly introducing higher concepts that are cycled through without any deep reflection — the issue of a refugee crisis caused by the General’s gluttonous mortality conquest, or the perception of self when Blanca’s familial responsibilities do not align with her individual desires — by the end, the numerous unexplored threads overshadow the film’s visual wonders.

The biggest issue, though, is the film’s passive treatment of Blanca. She falls victim to the same categorization as Jasmine or Ariel or even Astrid in “How to Train Your Dragon 3,” where the woman’s personality takes a backseat to the male ego and the male protagonist’s need to be the protector and ultimate savior. For a 500 year-old demon spirit, Blanca does a surprising amount of swooning into Xuan’s arms, a trait the film seems determined to uphold throughout the entire story. Blanca is clearly the superior warrior, though we are rarely reminded of it. When Blanca and Vetra face off against the Little General, who casts golden streaks of light as his main weapon, the audience receives an immersive experience — we follow Blanca’s snake form as it pounces and lunges, dances and weaves through bolts of glowing light. It is a rare moment in the film, one that finally showcases Blanca’s graceful power mixed with ferocious vigor. This was the character development that I so desperately needed to see dispersed throughout the story. Instead, the film favors Xuan, lingering on his noble sacrifice in the name of love and leaving Blanca largely on the sidelines.

The sexist undervaluation is more egregious when we remember that this is Blanca’s meditation on sacrifice, morality, and immortality. Blanca is given multiple impossible decisions concerning the balance of good and evil, humans and spirits, and the empowered and powerless. For example, Blanca realizes early on that her love for Xuan makes her an outcast among spirits and also places Xuan in danger from her family. But the plot takes away her agency — Xuan or other characters usually initiate action or resolve exterior conflicts, effectively removing potential internal conflicts for Blanca because she no longer needs to choose anything. Complicated decisions flatten out into black and white outlooks on good and evil, undermining “White Snake”’s original premise as a framed meditation on choice.

The final blow “White Snake” delivers to Blanca is in sexualizing her to a nearly comical degree — too many moments of wondering why Xuan’s hand needs to be placed on Blanca’s shoulder or waist or wrist in this way at this moment; wondering why the camera feels it necessary to trail up Blanca’s naked body until we can just barely see where her hip and thigh meet; wondering if the audience, who are supposed to be pacified with stranger’s offhanded remarks on Blanca’s beauty or her unexpected bursts of magical power, has enough justification to believe Blanca and Xuan’s star-crossed romance. When Blanca’s and Xuan’s relationship takes the gigantic leap to — cough — fruition, it is probably more jarring than the filmmakers intended, if the confused chuckles or muttered “what” I heard in the theater audience were any indication.

As far as an actual message or coherent theme, the head is cut off the proverbial snake. “White Snake” is doubly frustrating because the layer of shallow romantic chemistry is underscored by the sinking feeling that, if the characters had half as much personality as the art design, “White Snake” could be considered a crowning achievement for the international animation market. It is perfectly watchable; in fact, the design, the cinematography, and the fight choreography are so stunning that I can understand if anyone willing to disregard all of my personal qualms with it. But as a contribution to a world hungry for fresh, original characters, “White Snake” sorely missed the mark.