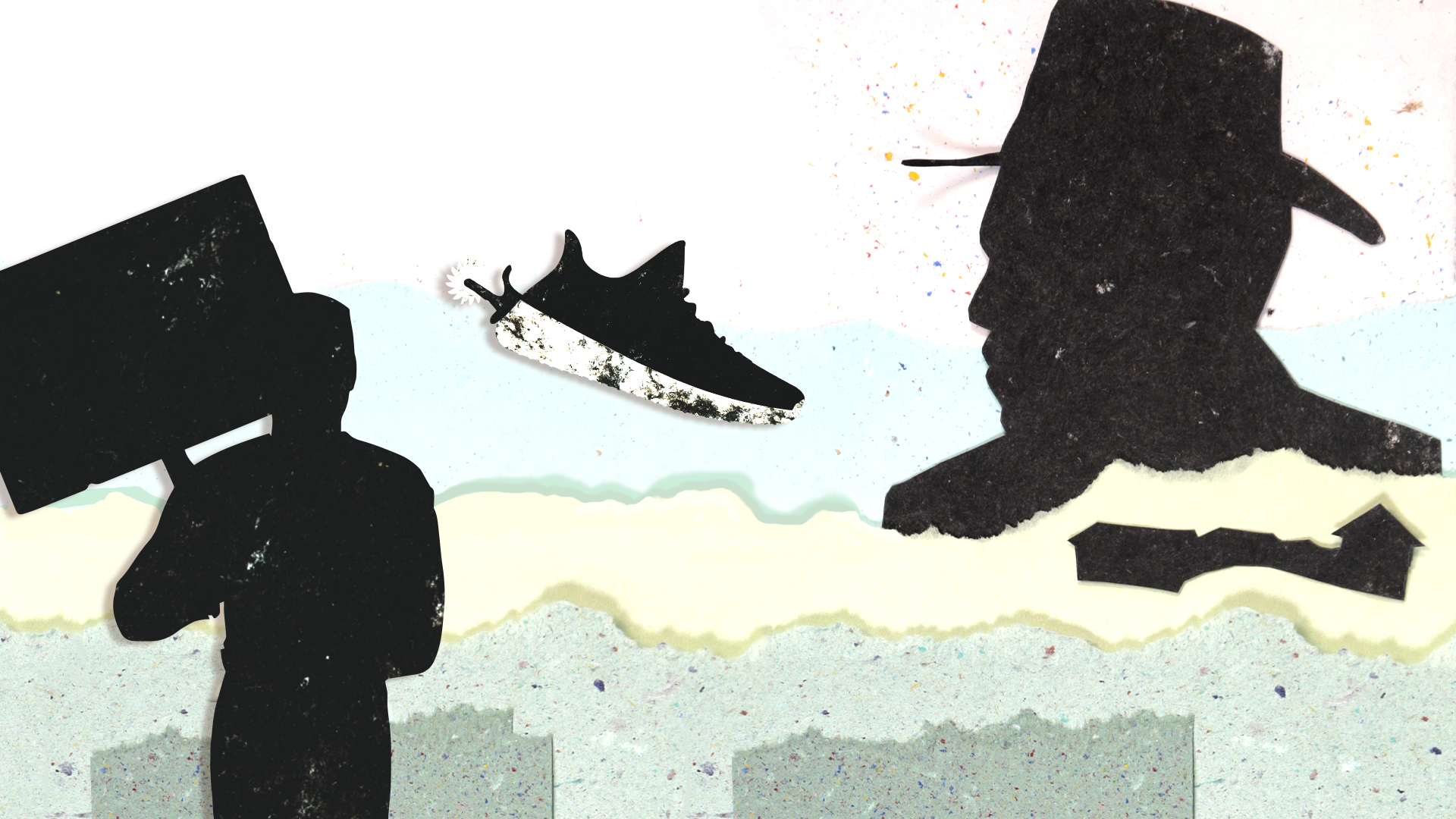 If the “yeehaw agenda” wants us to learn anything, it’s that the allure of cowboy culture is not reserved only for descendants of the feral Europeans that Hollywood grants the legacy of settling the North American West; that black communities have just as much stake — and history — in country music and fashion. But beyond the bass-laden twang and rhinestone-studded assless chaps, cowboy culture and its troubled cousins are teeming with conversations about race, labor, and class dynamics that educated, urban elites so often exclude it from.

Enter Kanye West, perhaps one of the most elite of the urbanites. “The College Dropout,” early 2000s version of Kanye may have ridden beside Lil Nas X and others that champion the more progressive aspects of the yeehaw agenda. But the new Kanye matches the West’s right-of-center political climate. His convoluted endorsement of President Trump is marked by his disapproval of welfare programs, his denial of police brutality patterns, and his grand, capitalist fantasies. During his October 2018 meeting with Trump at the Oval Office, Kanye exposed plans to bring his Adidas Yeezy manufacturing operations from China to Chicago, but little evidence exists to suggest that he followed through. More recently, however, he officially moved Yeezy’s design headquarters from Southern California to northern Wyoming.

West also purchased a $14 million dollar ranch in what W Magazine calls “a small town in Wyoming called Cody.” Coastal metropolitan standards render every municipality in Wyoming a “small town,” but Cody deserves recognition as a bustling cultural hub. It has an airport that hosts direct flights to Chicago and other major cities, a Frank Lloyd Wright house, a Smithsonian Center with 5 extensive art and natural history museums, and a population that is nearly double its elevation of 5,016 feet — a stark contrast to most other towns in Wyoming, including its neighbor Emblem, 35 miles to the east, with a population that rarely tops 100.

But this windswept emptiness leaves ample room for fantasy, romance, and dreams of wealth. An early-career Kanye once rapped, “We shine because they hate us, floss ’cause they degrade us. We tryna buy back our 40 acres,” referring to the post-Civil War promises of land and prosperity that never fully actualized for freed slaves. The rural West still carries a level of freedom; after all, Wyoming — along with several other western states — does not collect income tax.

If a headline in the rural west touts the letters B-L-M, it is likely not in reference to the Black Lives Matter movement, but rather to the Bureau of Land Management, which carries a similarly charged energy, especially among Native residents. In a part of the country with immense swathes of public land and natural resources, the western BLM presence has a history of wielding its authority to ordain activities that oppose the wishes of local tribal organizations, and approving mining and drilling operations that benefit oil companies and threaten the lifestyles of communities that have lived in these regions for generations.

Kanye grounds his defense of his Yeezy relocation in the consideration of racial injustices. “If people don’t have land they settle for brand,” he said to Trump and a room full of reporters. “We want a brand more than we want land because we’ve never known how it feels to actually have our own brand and have ownership of our own blocks.” As Kanye explained to the President, brand and land are intertwined for minorities in the U.S.

And Wyoming, even with its exceptionally low population of non-white residents, is just as prone to systemic racism and prejudice as the rest of the country. Riverton, a small city of roughly 10,000 near the center of the state, holds immense historical and racial tension; though its population is largely descendants of white settlers, Riverton lies in a disputed zone of the Wind River Reservation, where the Northern Arapaho and Eastern Shoshone tribes who occupy the city and its rural outskirts face ongoing aggressions from the larger, white community — including teenagers donning KKK apparel to school, and a recent incident of a white police officer shooting and killing an intoxicated Northern Arapaho man.

Back when Kanye used to make music that confronted racism, he rapped, “In this white man’s world, we the ones chosen.” Such is also the case for Native Americans, who have the lowest survival rate in police encounters out of any ethnic group in the United States. So can Wyoming trust Kanye? Maybe not. But as this icon of urban upward mobility accelerates his presence in the rural west — in all of its dusty, highland romance — these regional conflicts may find themselves beneath the same microscopes that we hold above troubled, urban communities; the soft glow of a farmer’s flickering porch light, or of the milky way above an impoverished, old mining town, exposed and uplifted by Kanye’s ultralight beam — or rather the flashing lights of TMZ.