The past, present, and future of legal weed in Illinois. 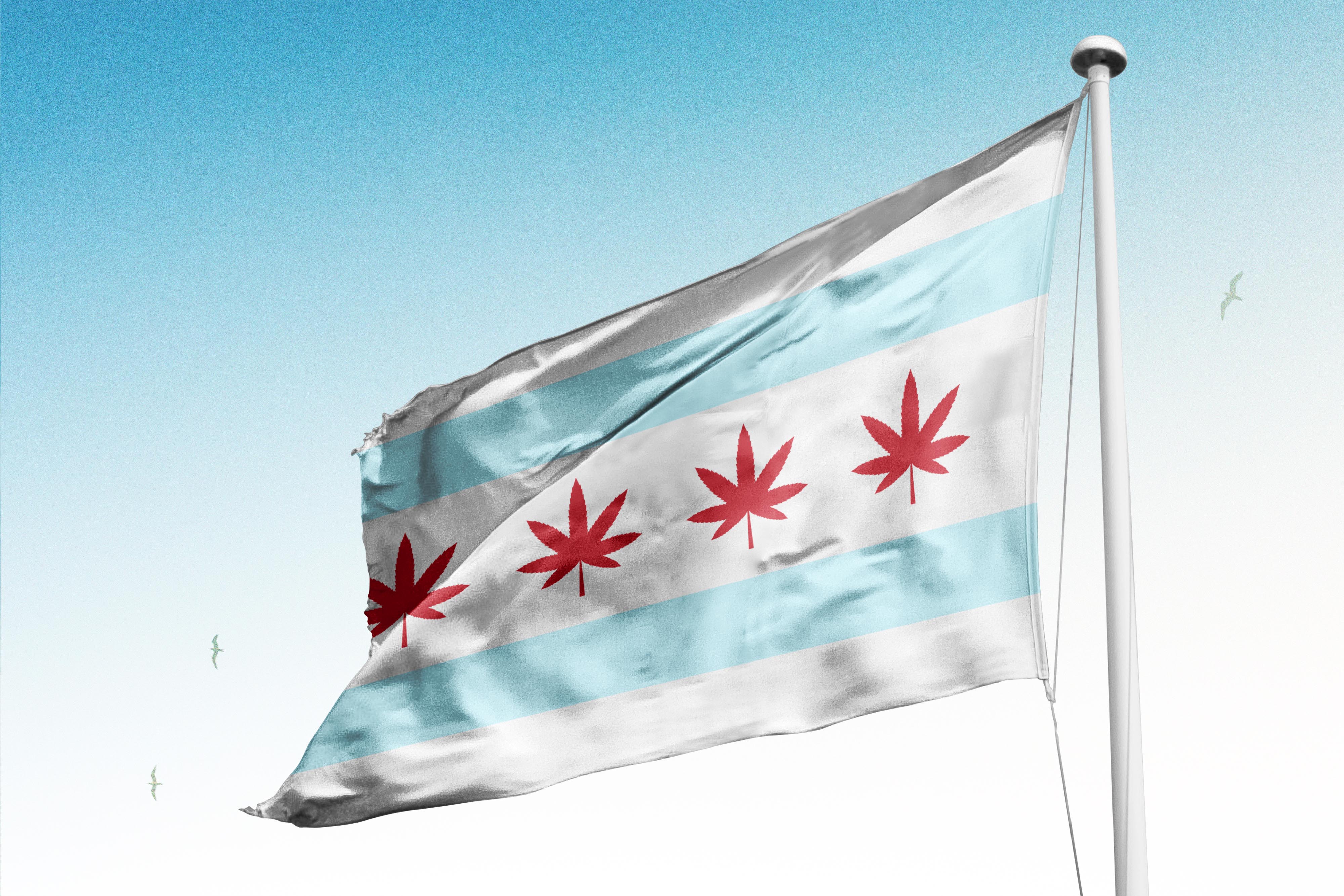 Illinois Governor J.B. Pritzker revolutionized the summer of 2019, setting Illinois as the 11th state to allow residents to use and buy cannabis with or without a medical marijuana card. But this isn’t a surprise for residents, as he campaigned on it heavily during the 2018 election. Upon the signing of the Cannabis Regulation and Taxation Act (CRTA), which goes into effect on Jan. 1, 2020, Illinois residents can celebrate this gesture towards a long-awaited end to the War on Drugs.

The CRTA makes Illinois the second U.S. state to use the legislative process rather than the ballot process, and the first state to legalize retail sales legislatively. Illinois is also offering legal and economic remedies to those affected by the War on Drugs. Chicago’s Mayor Lori Lightfoot plans to stop the impounding of vehicles containing marijuana, and to reduce the fines for marijuana consumption in public. An infamously corrupt state is legalizing marijuana unlike any other state before: with reparations.

Starting Jan. 1, around 800,000 people imprisoned for the purchase or possession of 30 grams or less of marijuana may have those records automatically expunged, meaning all police arrest records will be destroyed and court records will be wiped away from public view. Cases recommended for dismissal will be pardoned, which is to forgive a conviction, expungement erases a conviction from the public record, and vacating a conviction overturns a case as if it never happened. For cases over 30 grams, expungement is available on a case-by-case basis.

At the moment, almost half of all drug arrests made in-state are for cannabis-related offenses, which primarily affect low-income individuals and people of color. While 36 percent of the Chicago population is black, 78 percent of all marijuana arrests affect black individuals. Without expungement, marijuana legalization would allow predominantly white businessmen to capitalize off of the same action that put people of color in jail.

Illinois’s history with marijuana begins before that of the federal government, with the state banning marijuana completely in 1931. At the federal level, the U.S. outlawed marijuana in 1937, followed by the Controlled Substance Act in 1970, which declared marijuana a drug with no medicinal purpose, warning users with high potential for abuse. Just one year later, President Nixon declared a full-fledged “War on Drugs.” However, Illinois stepped back in 1978 to enact the Cannabis Control Act, legalizing medical marijuana within the state. Decades later, marijuana was finally decriminalized in 2016. But with the new law this upcoming January, “Adults 21 and over may purchase up to 30 grams of cannabis flowers, edibles totaling 500mg of THC, and five grams of concentrated THC products.” Non-residents may purchase half the amount of residents.

All current medical cannabis dispensaries can immediately begin selling recreational-use marijuana; however, as of Nov. 20, only four of 11 in Chicago obtained an Early Approval Adult Use Dispensing Organization License. With the licenses costing at least $750,000, fees have become a major obstacle for aspiring dispensary owners.

However, those residing in designated Disproportionately Impacted Areas have much lower fees and extra benefits. Individuals deemed as Social Equity Applicants may cite a family member’s incarceration as a way to move past the barriers to entry as well. Large fees may help prevent the already rich medical industry from getting ahead on potential profits from the marijuana business. This potentially opens up new opportunities in communities historically often excluded and criminalized in cannabis capitalization. In terms of opening new dispensaries, the state will grant additional licenses in May of 2020.

When it comes to taxes, items with less than 35 percent THC will be taxed at 10 percent, plus possible municipal and county taxes. Products infused with THC, such as edible candies, will be taxed at 20 percent, and any items above 35 percent THC will be taxed at 25 percent. Illinois residents will not be able to cultivate their own cannabis unless holding a medical card. State legislators expect to rake in half a billion dollars of tax revenue per year by 2024. 25 percent of this tax revenue will be reinvested in impoverished communities, and 20 percent dedicated to substance-abuse treatment programs. Illinois legislators focused heavily on disrupting the financial barrier to entry for victims of the War on Drugs.

Once residents buy their own weed, smoking is limited to one’s home and on-site at cannabis-involved businesses. Business and landowners may, however, ban use on private property, along with Illinois colleges and universities.

Passing the CRTA legislatively rather than through the ballot system has left out the direct voice of communities in lawmaking, so public hearings have become a hotspot for community members to express opinions or concerns. Generally, marijuana legalization is accepted across the country, with 66 percent of Americans in favor of such legislation.  In Illinois, supporters of legalization argue this bill will help lessen the strength and danger of black-market marijuana sales, and decrease racial disparities in Illinois drug arrests. Some fear the lack of proper regulation of a massive marijuana industry, similar to the alcohol and tobacco industry. Some Chicagoans fear the increase of marijuana use leading to other drugs, and Chicago law enforcement fears users driving under the influence.

The cannabis gateway hypothesis has been proved unsupported by direct evidence in studies of large populations, showing a correlation without causation: Just because a marijuana smoker is likely to use other drugs does not necessarily mean that using marijuana causes the consumption of other drugs, but only that other factors of the consumer’s life may lead to the consumption of both.

While researching the CRTA and the conversation surrounding it, I interviewed a large variety of people and I found a few overlapping trends. Regardless of any differences in their background or upbringing, most people seemed uneducated on the difference between Illinois’s legalization versus that of states such as Colorado or California. Every single person I talked to worried about the “social justice” aspect of legalization: The people sitting in jail across the country for cannabis-related convictions in states where recreational use is now legal, among other provisions that those states failed to include in their bills. Given Illinois’s reputation for corruption, people were shocked to learn of expungement plan. Although ambitious in its mission, the Illinois CRTA provides essential reparations needed for ethical recreational marijuana legalization.

Regardless of differing opinions across city and county lines concerning the sale and possession of marijuana, recreational use is coming to Illinois, and it’s arriving with social justice at its side.

One Response to What Cannabis Legalization Means for Chicagoans