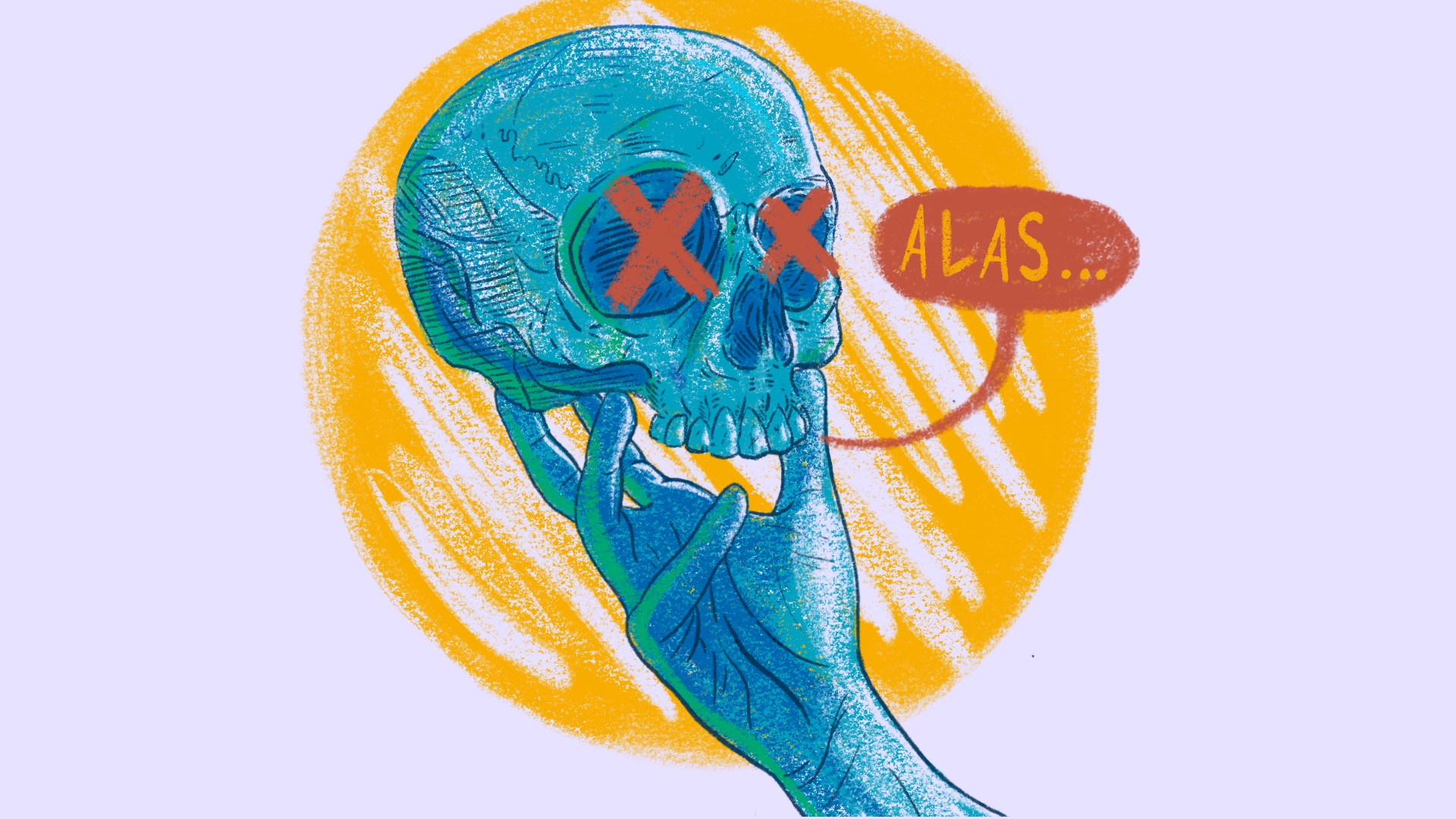 In 1899, Sarah Bernhardt, the stage actress whose talent was matched only by her celebrity personality, took on a fragile patriarchy by claiming the titular role of Hamlet for herself. Some critics dismissed it as a publicity stunt or a flight of fancy — Bernhardt and her son’s lavish lifestyles often left her broke, and Bernhardt was known for keeping exotic pets like a boa constrictor. Others decried Bernhardt playing arguably the most revered male role onstage, because it was too arousing to see women in pants. Cue Bob Dylan: “Come gather round people wherever you roam…”

From September 14 – October 20, 2019, the Goodman Theatre highlighted Sarah Bernhardt’s legacy in Theresa Rebeck’s “Bernhardt/Hamlet,” a comedy-drama which investigates Shakespearean and contemporary gender politics. The play opens with Sarah Bernhardt (Terri McMahon) in the midst of “Hamlet” rehearsal. Bernhardt struggles to make sense of Hamlet’s soliloquies with their flourishes and extravagant metaphors, as her castmates — most notably the seasoned actor Constant Coquelin (Larry Yando) — offer their interpretations of those famous lines. “To be [a woman] or not to be [a woman]” … “To be [an artist] or not to be [an artist]” … “To be [noble] or not to be [noble].” In a Socratic methodology mirroring Hamlet’s own tendency to answer questions with more questions, Bernhardt asks of herself and the audience to consider femininity, artistry, and nobility, and the contradictory values we place on these ideas.

Act I of “Bernhardt/Hamlet” is the better of the two halves — it’s more succinct. The most intriguing scenes are during rehearsals, when we get to witness Bernhardt’s evolving understanding of Hamlet’s psychology. As she delivers a monologue, Bernhardt often interrupts herself to insert commentary on Shakespeare’s verbose style. This trial-and-error approach to “Hamlet” is nothing short of brilliant; Bernhardt’s biting analysis and quick wit connects this close reading of “Hamlet” to contemporary feminist criticism — it goes far to highlight the need to view this play not as a historical reference point but as a social commentary on where we still fail to have equal opportunity and equal consideration concerning gender and sexuality. Bernhardt’s close reading reaches a crescendo while she and Coquelin are working through Act I, Scene 5, when Hamlet’s ghostly father returns to Elsinore. Bernhardt doesn’t like the scene; it’s full of exposition and conversational digression. She’s more interested in the parent-child dynamic, and in an improvised scene between the two professionals, Bernhardt and Coquelin uncover a deeper, more emotional layer hidden underneath the dialogue between the Hamlets.

As the story progresses, so too does Bernhardt’s frustration with the male-dominated theatre scene. This patriarchal structure is embodied in critic Louis Lamercier (William Dick), who stands in as the sexist traditionalist view on the notion of a female Hamlet, and Bernhardt’s son Maurice (Luigi Sottile), who mixes concern for his mother’s reputation with his own financial instability. Even Bernhardt’s resident painter Mucha (Gregory Linington), who adores Bernhardt, regularly intones the Renaissance idealization of femininity, comparing Bernhardt to an exquisite flower. The unspoken comparison for the audience is the sense of “madness” — male characters regularly dismiss Bernhardt’s endeavors with the same kind of flawed logic that Shakespearean characters use in assigning feminine traits to Hamlet’s behavior. The increasing pressure to justify her choice to play Hamlet causes Bernhardt to doubt her own ambitions and her ability to stand up to such pervasive misogyny.

The narrative in Act II, however, shifts away from the interchangeability of Bernhardt and Hamlet’s roles to focus on Bernhardt’s love affair with a married man, Edmond Rostand (John Tufts), who is struggling to pen his famous “Cyrano de Bergerac.” Bernhardt and Rostand’s affair is imagined for theatric purposes, but juxtaposing “Cyrano” against Bernhardt’s “Hamlet” raises questions about gender politics that cannot surface otherwise. The catalyst for their inevitable downfall is that, like Mucha, Rostand has the same idolization of Bernhardt, but the Parisian playwright is able to conceal it underneath a mask of love. In fact, Rostand is more of a Malvolio from “Twelfth Night” — he sees Bernhardt as the object of infatuation, and it’s his denial of Shakespeare’s faults that prevents him perceiving his own.

This troublesome male gaze is brought to light when Rostand’s wife, Rosamond Gerard (Jennifer Latimore), forces Bernhardt to read Rostand’s long-labored draft of “Cyrano.” Essentially, Roxane — the role Rostand wrote specifically to show his love for Bernhardt — is nothing more than a silent, pretty face, high upon a tower for Cyrano to venerate. Roxane is not a person; she’s a symbol. In the most powerful and devastating acting performance during “Bernhardt/Hamlet,” Bernhardt has an emotional reckoning with Rostand, breaking off their affair and lambasting him for using women as merely a stage prop.

From a thematic standpoint, though, Rostand has such a huge presence in the second Act of “Bernhardt/Hamlet” that the story becomes less a cultural investigation of a woman playing Hamlet and more of a woman playing herself. We don’t actually get to see Bernhardt’s “Hamlet;” instead, the play-within-a-play sequence is given to Cyrano’s famous “Insults to a Nose” monologue, and focuses on Rostand’s haunted gaze, thinking about how he failed Bernhardt, as he watches his legacy cement. Bernhardt, meanwhile, is given the brunt of moral reproach from her son and Rosamond Gerard; her imagined personal life (remember, the affair has no historical precedent) becomes a huge deterrent from recognizing Bernhardt’s accomplishments for her Hamlet portrayal. “Bernhardt/Hamlet” has a remarkable cast and a wonderful mastery for Shakespearean wit, but when it comes to ultimately planting a flag and pronouncing a statement concerning contemporary gender roles — the Bernhardt/Rostand affair muddles the final word.