One of YouTube’s most popular cooks is also one of the platform’s most unexpected celebrities. 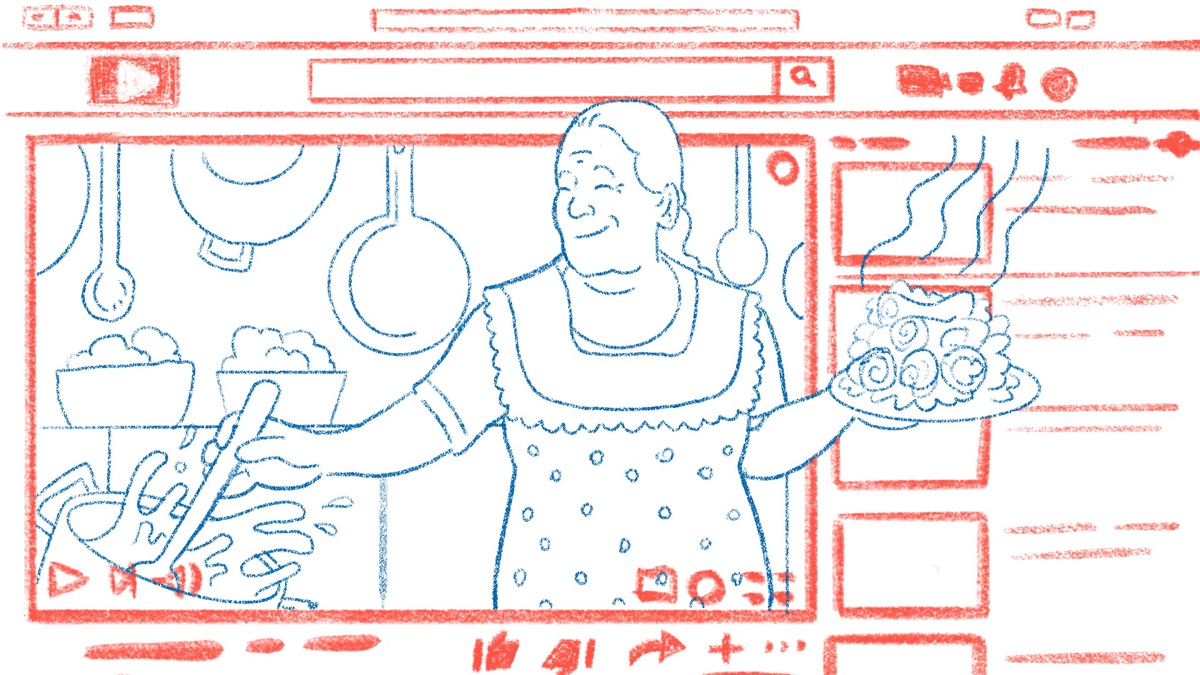 It’s the first time anyone in rural Michoacán, Mexico received a YouTube golden Play button, the website’s award to channels who have reached more than a million subscribers. And its recipient, Doña Ángela, does what any other video content creator would do in this scenario: She unboxes it for her fans. Ángela, sporting her signature pink apron and accompanied by her daughter, sets the black package on her kitchen table, over a fruit-stamped vinyl tablecloth. She holds back tears after she finally opens it and proudly shows it to the cellphone camera. The box comes with some documents, but she says she can’t read English.

Doña Ángela started her cooking channel, “De Mi Rancho A Tu Cocina,” in mid-August, after her daughter, who has her own channel (“Cocinando Rico”), thought some people might appreciate it if she recorded her mother preparing traditional rural recipes. And 1.7 million subscribers later, Ángela has since become YouTube’s favorite abuelita. Her videos get thousands of comments from followers in and beyond Mexico, and her comments section is among the most wholesome on the website. People congratulate her on her recipes, wish her love, and say that her culinary skills and warm persona remind them of their own mothers and grandmothers.

“De Mi Rancho A Tu Cocina” is, by all definitions, an unlikely success, mainly because it disregards most of the genre’s conventions. Unlike other cooking channels, this one does away with the theatrics. Instead of working with fixed cameras, slick transitions, and top-down shots of the host’s hands, the camera work here is handheld. The shots often linger just a little more than they need to, and there are no fades, no titles, no ingredients or instructions on screen, no background music, and no studio lighting (she does use a lavalier microphone tucked in her apron). There is also no final, on-screen reveal of the dish. Instead, the cook simply ends her videos by serving her meal on a plate and tasting it, after which she will invariably say, a little bashfully, “¡mmm, está bien rico!”

The reason behind her popularity is, in fact, that her cooking channel isn’t really about learning how to cook like her at all. It is, instead, about enjoying the process itself — the manual, unglamorous beauty of her cooking. She seldom gives any precise measurements of any ingredient — one of her beloved catchphrases is “poquita sal,” after which she throws a generous fistful of salt into a bowl. She chops vegetables in her hand, whips egg whites with a fork in a simple plastic bowl, and makes gorditas by hand from fresh dough. She does it all quickly, but not with the kind of culinary school panache one might expect from a chef. Her skill comes solely from experience, from decades of work by her firewood stove, the soot of which has left gray stains on her white, wooden walls.

So far Doña Ángela has uploaded over two dozen videos, in many of which she prepares pretty recognizable meals, such as enchiladas, quesadillas, mole, and chicken soup. But she doesn’t shy away from recipes that are unique to her region, such as corundas, a tamale-like dish, and aporreadillo, a beef stew. In some of her videos, she goes beyond her kitchen, showing her viewers other sections of her ranch. Occasionally she will take the viewer to her garden to pick some zucchinis or nopales, to show how much her corn stalks have grown, or to let her fans know that the avocados are almost ripe.

Doña Ángela’s channel breaks the rules without trying to break them. It doesn’t feel like she’s  deliberately attempting to do something different. The charm is in her sincerity, in every time Doña Ángela greets her viewers with the phrase “Hola mi gente, bienvenidos a mi rancho.” It is in the peppers and tomatoes sizzling in her clay casserole, in the sound of her grinding garlic in her molcajete, in a rooster crowing over her explanations, in the ease with which she flips tortillas on the stove with her bare hands. And it is most of all in the closing words to most of her videos: “Se los preparé con mucho gusto, de mi rancho a su cocina.”