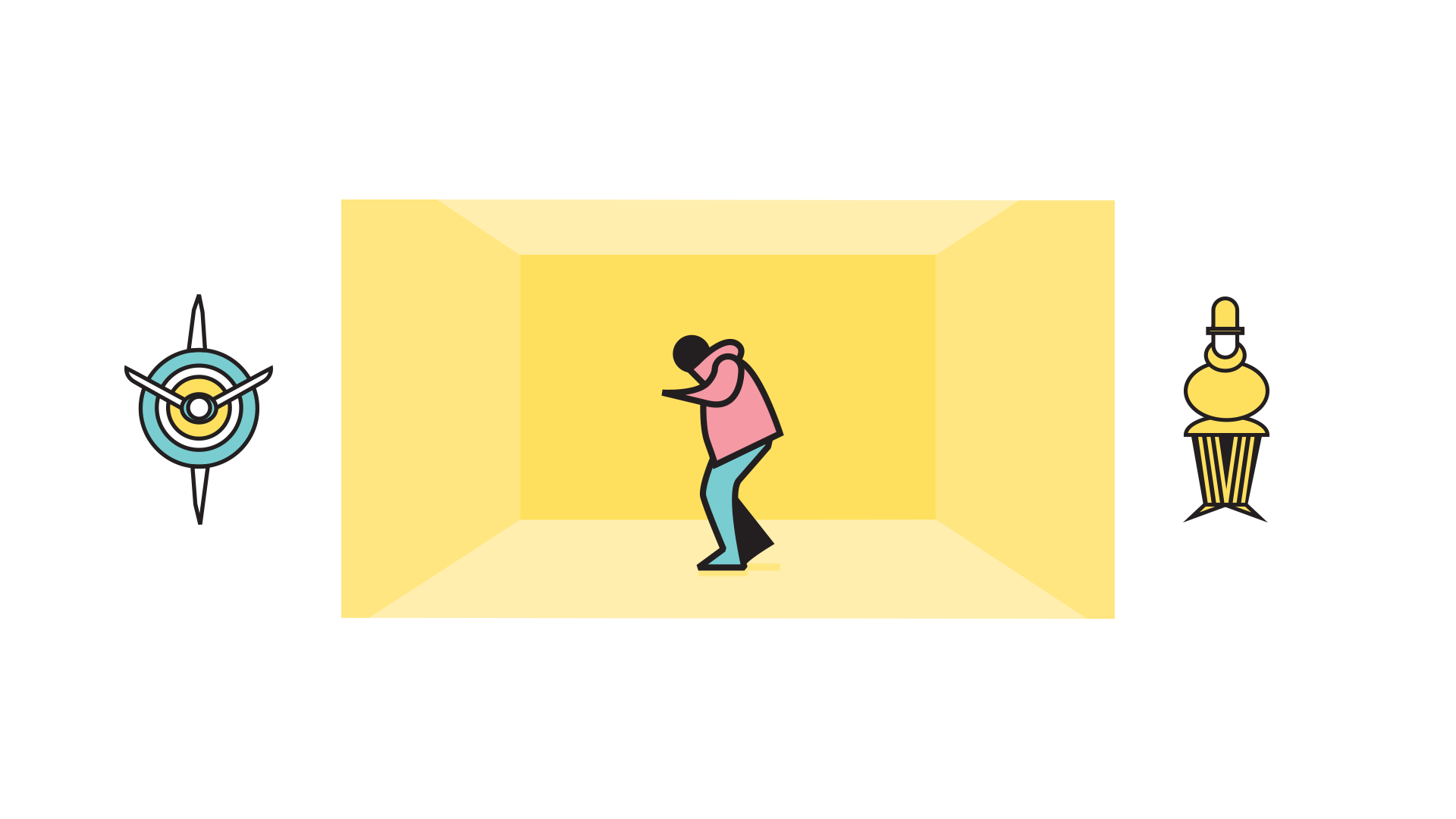 Whether or not you’re familiar with Oskar Schlemmer’s “Triadisches Ballett,” you’ve probably seen something inspired by the Bauhaus master of form’s choreography and costume work. If the “Triadisches Ballett” doesn’t ring a bell, you can surely recall the the Bauhaus-inspired costuming in the 1927 Fritz Lang film, “Metropolis,” or its 1984 restoration featuring music by Freddie Mercury.

The ballet in its entirety is easily accessible via YouTube thanks to Bavarian production company Bavaria Atelier GmbH’s 30-minute color film version, produced in 1970, featuring live-action dancers and new music by Erich Ferstl. The re-creation is an exact replica of the 1922 original that toured until 1929, helping to spread the ethos of the Bauhaus. The piece that has since seen iterations it could never have dreamed of in the early-20th-century was of course itself inspired by a work predating it by several decades.

Dreimal sieben Gedichte aus Albert Girauds “Pierrot lunaire,” translates to, “Three times Seven Poems from Albert Giraud’s ‘Pierrot lunaire,'” often simply shortened to just “Pierrot Lunaire.” The piece — an Arnold Schoenberg melodrama — originated as a commission by Albertine Zehme who helped Schoenberg complete it in 1912. Though it premiered to mixed reviews at the Berlin Choraliion-Saal that same year, “Pierrot Lunaire” has come to be appreciated for its use of Sprechstimme, or “speech-song” — a type of vocal technique employed by other avant-garde musicians like Björk, who performed the piece in 1996.

The ballet inspired by Giraud’s “Pierrot Lunaire” would later serve as inspiration for artistic forms unforeseen at the time of its creation. Both works demonstrate a fascination with numerology and the human form as it relates to puppetry or marionettes. Schoenberg’s numerological fixation turned into seven-note motifs and ensemble casts as well as the numbers three and thirteen. For Schlemmer, numerology was manifest in sets of three and geometrical stage settings largely reliant on depth-perception play and staircases.

The Bavaria Atelier GmbH 1970 video version of the ballet begins with a dancer in a futuristic blue-and-white costume wearing white face paint that creates a slightly alien visual. The skirt is in the shape of a classic full tutu, but is smooth with rings, like a ripple disc hubcap. The background, or the space they’re dancing in, is a three-dimensional yellow stage, like the inside of a cube, and it looks familiar. The ballerina begins to dance toward what looks like a giant pupa. It has a humanesque face but its small eyes and mouth are buglike, an odd humanoid tableau atop a larva-like body.

If you let your mind and body relax, simply focusing on the outlines of the dancers and their geometric shapes, you can start to relate them to one another and to their respective backgrounds. They call to mind something completely modern but visually stemming from the same generations-old model.

Fast-forwarding a few years, Drake’s “Hotline Bling” music video was directed by Director X — known for his work on Usher’s 2004 video “Yeah,” another piece that focuses on light work. Director X mentions artists who inspire his style — light and space artist James Turrell and music video director, screenwriter, and producer Hype Williams. Try pulling up Schlemmer’s “Triadisches Ballett” and Drake’s “Hotline Bling” side by side. Press play on “Hotline Bling” at 21 seconds and the other at 36 seconds and you’ll be pleasantly surprised to see the mirrored movements. Drake’s simple steps and easy sway aren’t so dissimilar from the ballet’s first dancer, who stays in the center of the cube relying on simple movements and easy bends to perform solo until her pupa companion enters the set.

The second part, “Zweiter Teil: Rosa,” is breathtaking. Another ballerina enters looking almost like a cartoon candy cane and dances against a millennial pink background in perfect rhythm with the beat of the flamenco-tinged music — all en pointe — and engages with a thin white hoop in the center of the stage.

In the next scene, a smooth marionette-inspired male dancer, costumed to look like moving paint strokes, enters opposite a ballerina dressed similarly to the opening dancer but in pink instead of blue. They are on a pink stage entering from a set of pink stairs and a pink ramp, respectively. Cut again to Drake’s “Hotline Bling” video and you’ll see that staircase and soft pink repeated again and again throughout.

Of course, Drake isn’t the only artist to borrow from the “Triadisches Ballett.” The 1987 music video for New Order’s song “True Faith” was choreographed and directed by Philippe Decouflé and produced by Michael H. Shamberg. Several scholars — and Decouflé himself — traced inspiration to the Bauhaus and Schlemmer’s ballet specifically.

“True Faith” video’s costumes call to mind the three-dimensional scene in the third section of “Pierrot Lunaire,” where the principal dancer is dressed as a hypnosis spiral and chaîné turns around a spiral on the stage. The corresponding character in the “True Faith” video is also surrounded by spiral shapes, and in one scene pulls literal geometric shapes from a bag and sets them on the ledge to study them.

Japanese designer Kansai Yamamoto, known for iconic costumes like David Bowie’s black-and-white “Tokyo Pop” jumpsuit may have also derived inspiration from the “Triadisches Ballet.” The same could be said for many of Lady Gaga’s costume pieces, including her 2010 Grammy Awards garment — a future-esque Armani Privé dress consisting of a spherical skirt very reminiscent of “Triadische”’s hypnotic spiral from the third section. Even the yellow in her hair could be an intentional hint at the opening scene of Schlemmer’s ballet.

Futuresque never goes out of style, thanks to humanity’s continued fascination with worlds unknown, but a renaissance as we get closer to our own roaring ’20s remains to be seen. Once you see the patterns from the “Triadische Ballett” repeated in something like “Hotline Bling” you’ll start to see them everywhere, proving that the style and synthesis of Schlemmer’s marriage between mechanization and creativity continue to inspire.