The famed Chinese artist’s latest film combines a fixation on large groups in transit with a terrifying sense of scale.

It’s next to impossible to find an introduction of Ai Weiwei that isn’t followed by the term activist, political dissident, or agitator. Though a practicing artist in both the New York and Chinese art scenes since the 1980s, Ai is best known for his outspoken criticisms of the Chinese government, which led to his arrest in 2011 and sparked worldwide protests, punctuated by a roaring call and response: “RE-LEASE!” “AI WEIWEI!”  “RE-LEASE!” “AI WEIWEI!”

Today Ai is at work on a myriad of artworks and humanitarian issues. However, back in 2007, he was absorbed in a more tranquil project in Kassel, Germany. That year, the town saw an influx of Chinese tourism; 1,001 visitors from across the country descended upon the town, whose notoriety stems from hosting the contemporary art quinquennial Documenta. Five groups of 200 (+1 for Ai) were part of Ai’s work for Documenta 12: “Fairytale.” In it, Ai created a project where Chinese individuals travelled to Documenta 12 in groups, stayed in accommodations designed by the artist (with suitcases and other accoutrements to match meticulously designed bed linens), and engaged with the exhibition and the people there.

Though “Fairytale” was massive in scale, Ai’s stated goal was simple: to bridge gaps in understanding of an “other” through deeply personal encounters. In an interview for the 2009 book chronicling the project, Ai stated that “if you want to understand the situation of your own group, you must have this type of relationship with other groups.” Essentially, Ai set the stage for an encounter between “Fairytale” participants and the folks in Kassel to serve as an artwork.

Overall, the reception was warm. Critics noted that “Fairytale’s” participants — through the help of the artist — were making their otherwise unlikely dreams of traveling to Europe come true. But curiosity colored most of the project’s reviews. Writing for Art In America, David Coggins highlighted Ai’s ability to hold space for inquiry over a tight answer: “He understands that the endless redefinitions of value can never be settled. Instead of deferring to any fixed standard, Ai seeks to show us what we can never be sure of knowing.” This not-knowing, the slight mystery of it all, is a fitting description of an artwork that takes its name from the legacy of the Brothers Grimm.

Though a decade has passed, Ai continues to work with large groups in transit. Now, however, his work addresses a considerably more urgent situation than leisurely travel: the refugee crisis, affecting over 65 million individuals worldwide. Though he has taken the subject up in many recent artworks, “Human Flow” is, perhaps, his most prolific. Ai intersperses romantic shots of landscapes with interviews from refugee NGO leaders and the refugees themselves. Both the cuts between quiet moments framed by excerpts from poems, and the cacophonies of refugee camps underlined by harrowing headlines running across the bottom of the screen, are distracting and poignant in equal measure.

Among this thematic in Ai’s work are his various 2016 installations of lifeboats at the Florence Palazzo, “The Laundromat,” at NYC’s Deitch Projects, and the infamous re-dramatization of the photograph of Alan Kurdi, a three-year old Syrian boy who drowned on his way to Europe. All of these works include objects either used by refugees, or ephemera of the same material that refugees encounter in their displacement: life vests, inflatable boats, cast-off clothing. This body of work only grows as the refugee crisis continues. Ai’s attention to the materials synonymous with the refugee crisis is plentiful in “Human Flow,” as evinced by the film’s closing sequence: a panning shot that reveals a massive heap of the life vests used in the migrant’s ocean journey. We can assume they’re from similar piles that Ai has amassed the materials to create his installations.

Vogue‘s weekend culture editor, Mary Wang, describes her concerns regarding the film in “We Need to Talk About the Refugee Crisis — But Is Ai Weiwei the One To Do It?” Wang compares “Human Flow” with the cinematography of other documentaries, and she questions why Ai doesn’t include the voices of more artists over humanitarian aid workers.

Wang also expresses that Ai has, perhaps, taken on a project that is beyond the scope of a single documentary. She states, “The problem is, of course, that no film can believably capture the stories of each of these groups and the very distinct histories that have preceded them.” Despite the impossibility of containing the whole context of the refugee crisis in a single work of art, Ai continues to address this complex humanitarian issue in a growing body of work.

Following the April 29 screening of his documentary film “Human Flow” at the University of Chicago, Ai reminded the audience that “during the time you watched this film thousands of people have been forced out.” Had Ai not condensed the 900 hours of footage of refugees from across 23 countries down to the more manageable two hours, audience members could only imagine how many more stories of displacement would have occurred while they sat in the dark theatre.

During a brief Q&A, Ai answered a question regarding the refugees’ awareness of his status as a world-renowned artist. Most of them were unaware of it, and encountered him as another human being. Perhaps “Human Flow” is a return to “Fairytale’s” goal for Ai: to connect, human to human, regardless of the borders between us. 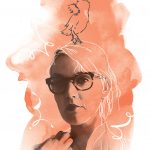 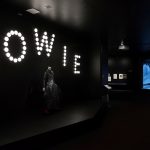