Grace may not have grown up in a crafty household, but she did try to make a homemade Valentine once. 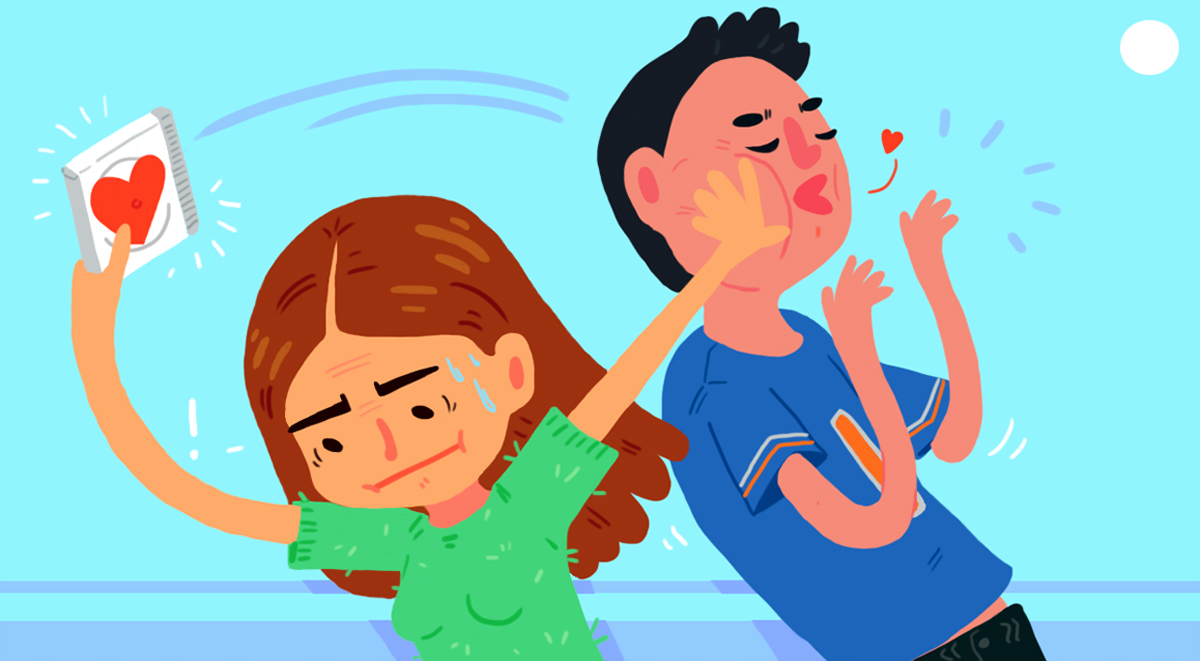 I did not grow up in a crafty household. The best gift I ever received for Valentine’s Day was a body pillow my mom got me after a breakup when I was 18. A “homemade” card in my family means you opened Microsoft Word five minutes before a celebration, typed a few words of endearment in a fun font, and printed it out. So, when I decided to make a homemade Valentine for my “boyfriend,” it was a big deal.

Picture this: It’s seventh grade. I’m 13 (not a day younger and God forbid anyone suggest otherwise). I’m dating a very tall boy named Gio. He plays football for my middle school, and I think I like that.

Middle school me was a very particular mix of musical theatre, angst, and a type A personality. My Juicy Couture track pants often found themselves paired with a t-shirt from my Beatles phase (when I wasn’t wearing a very ugly school uniform or jeans).

For Valentine’s day, I felt obligated to do something to celebrate (don’t we all?). I didn’t really give a shit about the holiday, but I had a boyfriend and that was a big deal, so I had to pull something out of my ass.

What was something romantic I could do that showed I was cool, edgy, and cultured, but also owned character shoes at age 12? I decided that the best answer was a mix CD.

Unfortunately, I do not remember the exact contents of said mix. I’m gonna guess it was the Beatles and the Black Keys, with a little Beyoncé thrown in.

When Valentine’s Day rolled around, I was very nervous and slightly embarrassed that I’d made a romantic mix CD. My mom, ever the wise one, told me that she “hoped I hadn’t gotten him anything.” We “didn’t need to be getting each other gifts.” I decided that she could never know that I made the CD.

Lunch rolled around (the only time I ever saw him), and I approached my significant other, gift in hand. He gave me a knock-off Pandora bracelet with blue and silver charms. I gave him the carefully-crafted mix CD; he laughed. He did not understand the level of romance involved in making a mix CD, but the joke was on him: I thought the bracelet was ugly.

Not long after, I found out that my dear sports boy had made a bet with his best friend that he could get me to kiss him before his friend could accomplish the same with his girlfriend. I didn’t know if this was break-up worthy, but I certainly wasn’t going to let him win the bet.

We continued dating for a few weeks, exchanging messages from our flip phones. I carried the bracelet with me. It was too ugly to wear, but I felt guilty for hating it, so I carried it around in my pocket. Every time the moment of our pre-planned kiss arrived, I very conveniently had to get on the bus or go to theatre rehearsal.

My next great idea came when I decided that it was time for me to have blunt bangs, despite my hatred for putting any effort into styling my wavy hair. After going through with the decision and arriving at school with hopes of stunning my peers, my then-boyfriend’s only comment was that he thought they were ugly.

My response? I told him that today of all days was the day. I would kiss him after school. No bus to catch, no theatre rehearsal. Just his slimy lips and my glossy ones, together at last.

At the end of the day, I found him in front of the school waiting for me with his best friend. I broke up with him on the spot and never spoke to him, made a mixtape, or created a homemade Valentine ever again.

Sometimes, when it’s cold and rainy, I sit in front of my windowsill with a mug of tea like a woman in a stock photo. I wonder, “oh where has my homemade mix CD gone? Did my former Valentine ever listen to it?” 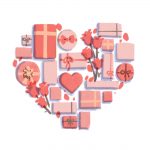 In Defense of Valentine’s Day 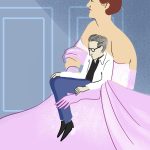