Students and faculty gathered in December to discuss the fallout of November’s election. 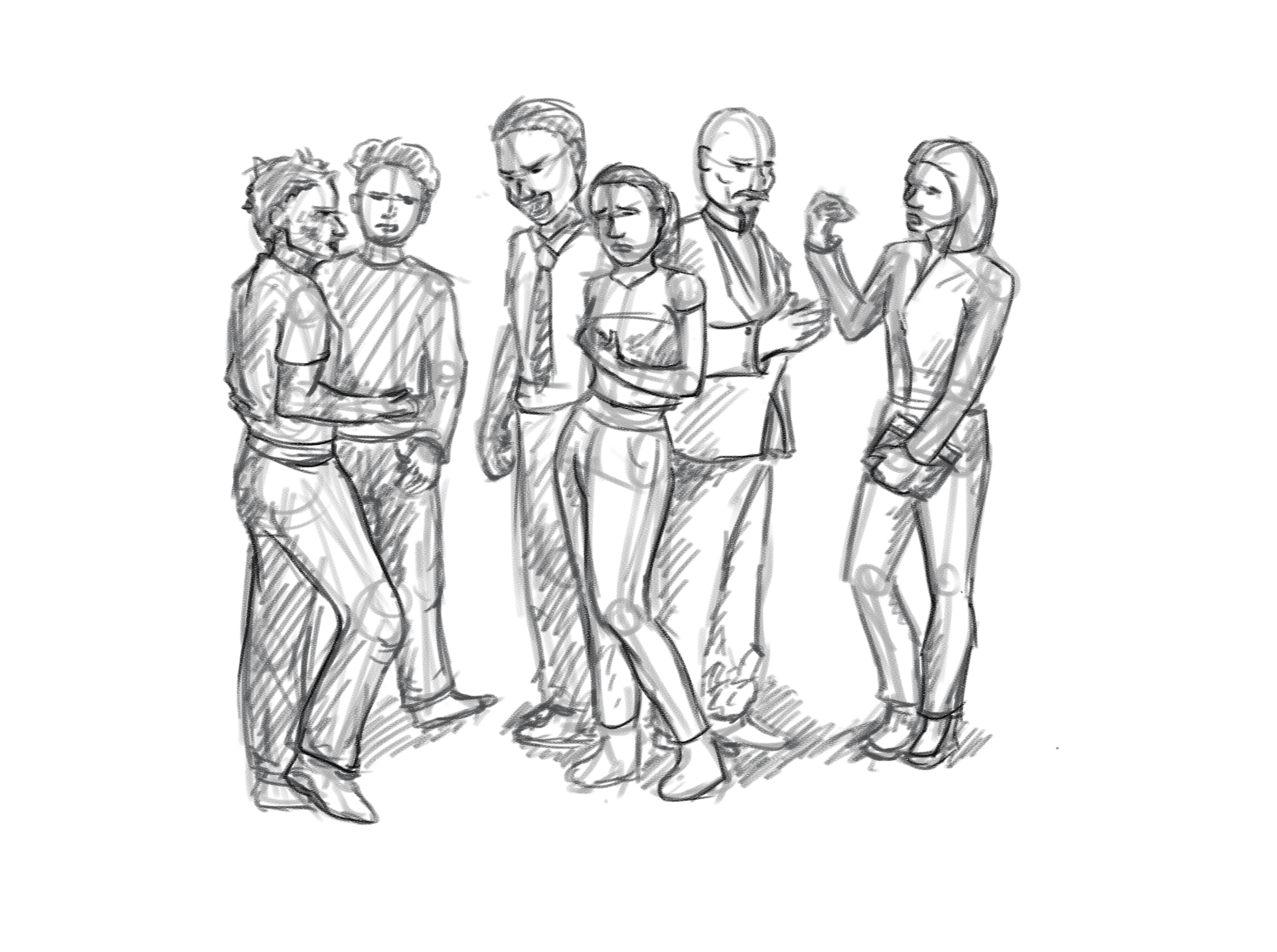 At 4:15 p.m. on November 21, a crowd of about 200 students, faculty, and staff gathered on the ground floor of the Neiman Center for the second post-election gathering at the School of the Art Institute of Chicago (SAIC).

As attendees helped themselves to guacamole, chips, salsa, coffee, and cookies, President Elissa Tenny, chancellor and former SAIC president Walter Massey, and Roberto Sifuentes, full-time faculty member in the department of Performance took their seats on the dais.

Tenny welcomed the audience and shared her desire to hold another community meeting before students left for Thanksgiving break that week. Her comments were brief before turning to Massey to ask him about his experiences in living through so many decades of political change in America. “You might be able to give us some perspective,” Tenny said.

The former president spoke to the many changes he has seen in almost eight decades of life, including race riots, the assassination of Martin Luther King and Bobby Kennedy, the Vietnam War, the Kent State shooting, and the shootings at Jackson State only days later.

“If you’re in your 20s, a lot of what you know of politics is an African American president and a government relatively open to your ideas for the past eight years. That may be changing. So, you have to try and take the long view. Try to think what you’ll be doing 10 years from now: How can you do the maximum today to make the world the kind of place you want to be 10 years from now?”

Massey said when he was the age of many current SAIC students, he chose to use his education in theoretical physics to create the kind of changes he wanted to see and was less eager to march in protests. “It was the right decision for me,” he said. He noted that staying focused in schoolwork was important, too. “You can’t control what happens to you but you can control how you respond.”

Sifuentes began his comments on the conversations he has been having with students and fellow faculty in the time since the election. “I am in the same state of anger, perplexity, and confusion as so many other students, faculty, and staff,” he said.

“Art, for me, is about posing questions,” said Sifuentes. “Questions such as, ‘How do you define community?’ And ‘How do you protect it?’ A big part of the activist’s role is to think through and talk through solutions.”

Sifuentes went on to read from a document of advice he had prepared.

His advice encouraged students to challenge all forms of authority and to “make your art relevant to the world, not just the art world.” He advised people to make themselves useful to communities and made clear the image of the artist as a bohemian living on the edge of society is outdated. “The artist should occupy the center,” Sifuentes said. “Be in the center of the debates and the issues, not on the sidelines.”

Tenny asked Sifuentes if he could name an example of how art might be engaging those millions of disenfranchised voters; the professor mentioned his voting booth for the disenfranchised, and cited work by SAIC student and multidisciplinary artist Emilio Rojas, who used the opportunity of his recent grad talk to discuss the need for making art and taking direct action to find a balance.

At that point in the evening, Provost and Senior Vice President of Academic Affairs Craig Barton and Dean of Faculty Lisa Wainwright rose to pass two microphones to invite comments from the audience. Before handing the mic to the first participant, Wainwright commented briefly about the importance of reaching out within the community at SAIC.

“Talk to your mentors,” Wainwright said. “Talk to your leaders. We are here to help, and there are so many Facebook groups and internet resources available to help people find each other. It would be great to exhibit at SAIC the kinds of interpersonal relationships and exchanges that we’d like to see nationally.”

Among those who rose to speak was a member of Black at SAIC (BASAIC), who criticized SAIC for not helping to organize something larger, such as a statement from affinity groups at-large denouncing the election of Trump. The individual spoke to what she felt was the reactionary nature of the university, the impression SAIC was “not on the side of students.”

“When hateful things went up in a residence hall,” they said, there was a response from the school, but there should be something in place that keeps that from happening. Last month was Trans Awareness Month, but there was nothing about this anywhere. If a trans student had died, we would hear about trans-positivity. But as it is, it’s all just so reactive, not proactive.”

“It’s a good comment,” Wainwright said, and suggested the student meet personally with herself and Barton, both of whom serve as chairs of of SAIC’s Diversity Action Group (DAG), formed in 2009 to improve diversity on campus.

One student said SAIC needed “school-wide change” in terms of how diversity is handled.

When Paul Hertz, a lecturer in Film & Media took the microphone, he cautioned the crowd against using the word “fascist” when speaking about Trump voters. “Reducing people to simply ‘working class’ and ‘without a college education’ is as bad as reducing someone to ‘white,’ ‘black,’ or ‘Hispanic.’”

Photography professor Claire Pentecost  asked the crowd to consider a world without protests or marches: “Don’t let anyone tell you protesting doesn’t matter. Protesting helps you find each other. We need to find each other. It could get ugly.” Pentecost spoke to the importance of asking the questions Sifuentes championed, but also encouraged the affirming of each other, and well as “declaring and condemning the unjust and the terrifying.”

A member of SAIC’s Faculty Senate used her time on the mic to speak to the fear some faculty feel right now in the wake of the election, especially regarding the rhetoric Trump on immigration. “We feel at risk,” the speaker said. “And we’re looking to the school leadership to make us safe.”

Tenny said they have looked into what it means to be a “sanctuary school,” but said that such a thing is extremely complicated, as 73 percent of SAIC’s funding comes from government aid; if a subpoena comes for a student, there is nothing a university can do to circumvent a subpoena. She added the leadership has been in talks with Christina Gomez, who is involved with the rights of undocumented students at SAIC.

The last attendee to speak was a member of the Students For Palestine group who harshly criticized the leadership for a number of things, including canceling an “Ableism” event that was held on the same day of the first community gathering.

When the student was finished with her comments, Tenny moved to close the meeting but was pressed by a number of audience members to respond to the student’s comments. Tenny said she was not aware that there had been an event cancellation and that the leadership thought an election gathering right after the election was of immediate importance.

After the meeting adjourned, Bree Witt, PR Director for SAIC said that this gathering had been useful, if different than the first. “Everyone was so angry and raw two weeks ago,” she said. “It was just raw emotion; there had been no time to process or reflect. Having this event a couple weeks later, I thought that was good form. We need to go from anger to action. It’s like how can we now get involved?”

Asha Veal Brisebois, currently pursuing her master’s in Arts and Administration and Policy, said that she didn’t take this kind of meeting for granted. “I’ve been a part of many institutions. This kind of thing, it doesn’t happen at other schools — or at jobs. I hope students don’t take it for granted.” 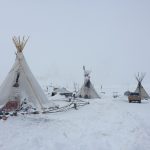 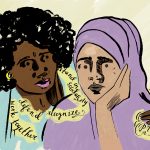