SAIC adjunct professor Don Pollack recently gathered supplies to bring to the encampments at Standing Rock Reservation, where people are still holding their ground to protest the Dakota Access Pipeline. 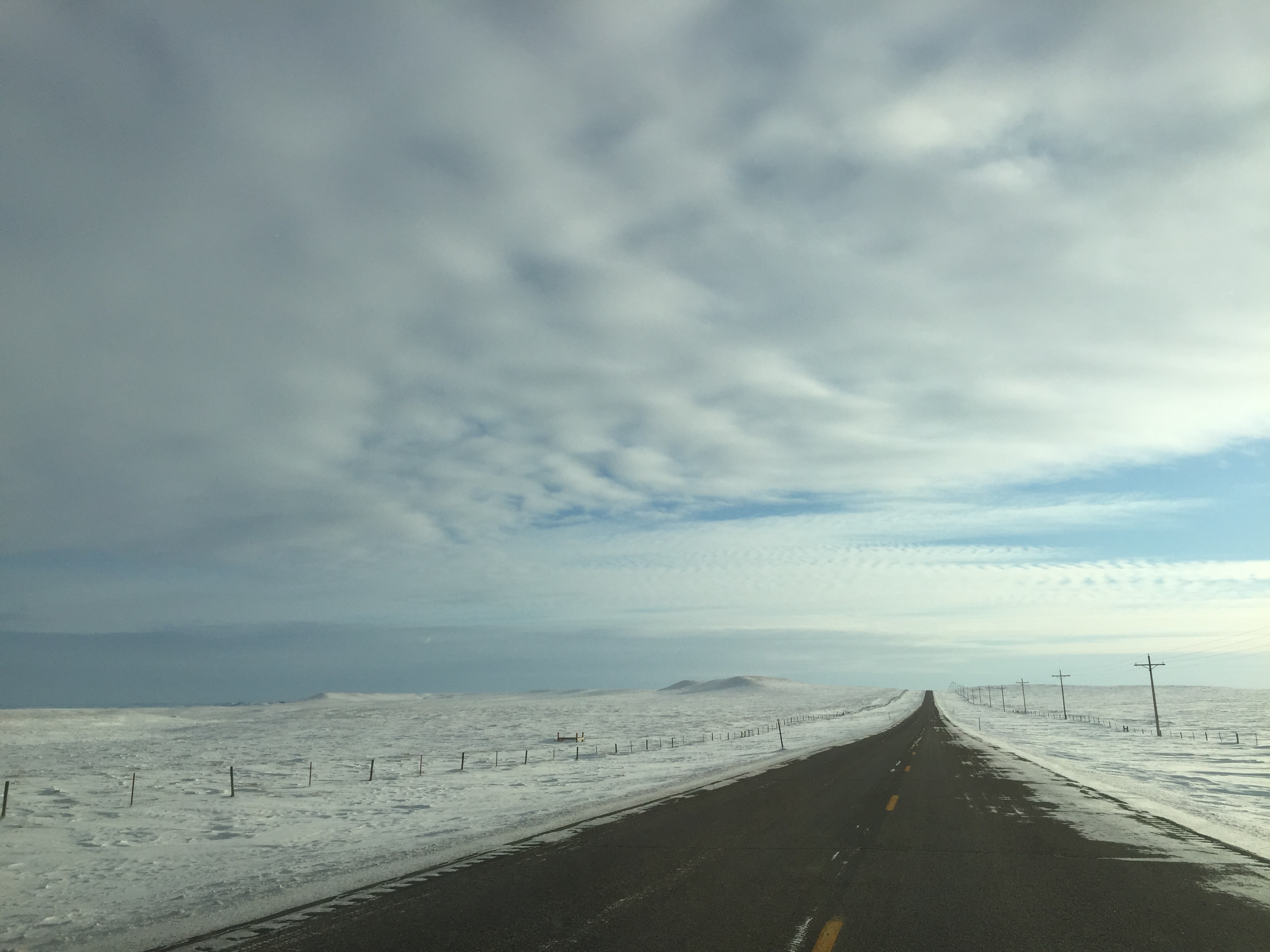 The lone highway 1806 passing through the Standing Rock Reservation. The other end, just outside the Native jurisdiction, has been road-blocked. Many people are concerned about potential difficulties around getting emergency services into the Reservation from Bismarck, as this is the only direct route. Photograph courtesy of Donald Pollack.

When this article was published, it was negative 16 degrees on the Standing Rock Reservation in North Dakota. The temperature alone isn’t the worst part; miles upon miles of flat land make the wind brutal, sometimes pushing at a negative 40- or 50-degree wind-chill factor.

Nevertheless, people are camped out at the reservation. The Dakota Access Pipeline — an underground oil pipeline slated to cross under the Missouri River at the Standing Rock Reservation — continues to be a threat to many native people and national activists. They remain camped out despite an early December announcement that the Army Corps of Engineers has, for the time being, halted construction in the area. While the number of protesters has thinned significantly since that announcement, hundreds remain. The concern is far from over.

The pipeline is on hold, but for many native people, issues around clean water, community, and spirituality haven’t been sufficiently addressed. Many folks camped out at Standing Rock want to form a permanent community there. LaDonna Allard, the leader of the Sacred Stone Camp, sees an opportunity for environmental action.

Don Pollack, an adjunct professor at the School of the Art Institute of Chicago (SAIC), first encountered the people of Standing Rock in 2015 as he traveled through the area as a part of “Crossing the Great Divide” — a project  “dedicated to remapping the Earth as a home for tolerance,” according to its website. The project took Pollack and a team of scientists, teachers, and artists on a 3,000-mile bike ride along the routes of the American frontier.

“When you’re in these areas and you see what’s occurring collectively, it’s really pretty devastating and amazing that the native people are still so magnanimous,” Pollack said in an interview with F Newsmagazine. He spoke about his experience traveling through major battle sites where untold amounts of native people were killed in battle, their land taken by American explorers, land agents, officials, and entrepreneurs. “In popular culture in general, we just don’t think about this stuff, but it’s very much a current issue throughout Native America, and it still affects what the conditions are in these areas,” Pollack said.

Pollack recently partnered with Joe Podlasek, the Native director at Shaumburg’s Trickster Gallery of Indian art (the local Lakota gathering area) to raise money and gather donations for the people camped out at Standing Rock. Last week, Pollack and his daughter drove to North Dakota to distribute what had been collected.

“When you look at pictures online you see this radical imagery of protesters, and there’s this sense that this is the kind of thing where young people are angry and everything is sort of do-it-yourself. It’s really much more organized than that,” Pollack said. “It’s on tribal lands, and there are Lakota values posted when you enter, and that keeps things from turning into Burning Man.” 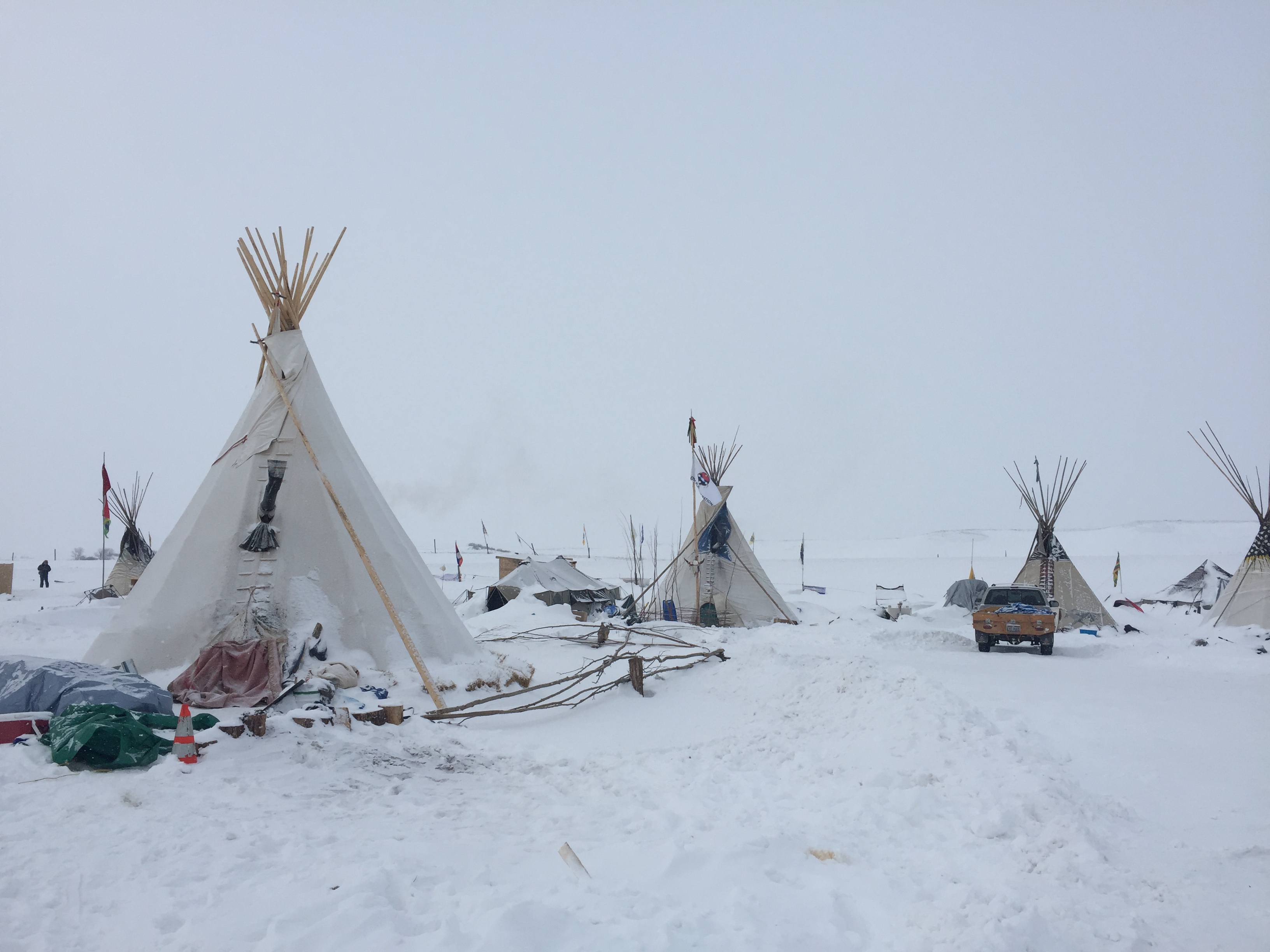 Sacred Stone Camp. Native and non-native people are living in tents the traditional way, despite the negative 20 to negative 45 degree wind-chill. Photograph courtesy of Donald Pollack.

Pollack said that the camp is laden with signs prohibiting alcohol, drugs, and weapons; there are more signs spelling out the Lakota spiritual practices and values. He described the camp as functioning like a small town: There are roadways, a medical tent, a warming tent, and organizers who carefully monitor for security and waste management.

Pollack said that the camp is somewhat overwhelmed with physical donations for the time being. The tribal headquarters are currently taking donations and distributing them to areas of need among members of the Standing Rock Sioux. There are, however, a lot of ways to help.

The camp is keeping a wish list of the things they need the most — merino wool tights and batteries are in especially high demand. There’s even an Amazon site where specific donations can be purchased and sent directly to the camp. Pollack also noted that the Mni Wiconi Standing Rock Medic and Healer Council needs cash donations. Colin Kaepernick, the 49ers quarterback, recently donated $50,000 to the medic center.

The Mni Wiconi Standing Rock Medic and Healer Council is actually a partnership that began with the University of California-San Francisco Do No Harm Coalition. It is intended to be a fully operational free clinic for people “gathering to protect access to clean water and dignity of their ancestral lands,” according to their website. The clinic is run by indigenous people and hopes to create a physical space for the practice of “decolonized medicine” for years to come. 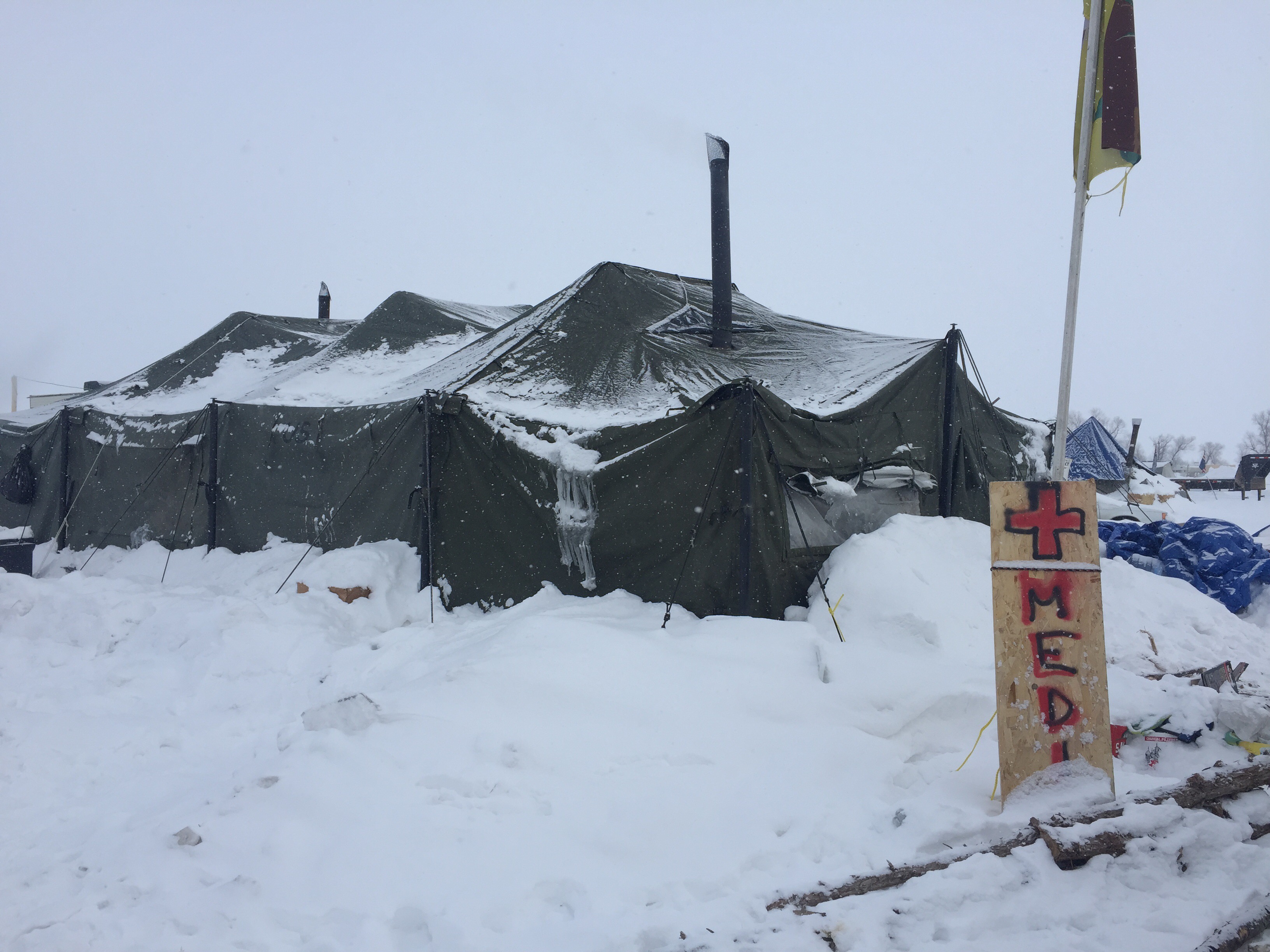 The medical area at the Sacred Stone Camp. This army medic tent was purchased with funds raised through donations at Trickster Gallery of Native Art. Photograph courtesy of Donald Pollack.

For Pollack (and plenty of others), one of the most telling and appalling things about the decision to route the Dakota Access Pipeline through the Standing Rock reservation is that the pipeline was initially supposed to be built through Bismarck, North Dakota, but was moved because it was too close to the city.

“We build infrastructure and give companies a break, because we all benefit from the building of railroads and phone lines and pipelines. We all put up with it because we inadvertently end up benefiting from it. Historically, the native reservations have just always paid the price and received little benefit and diminished land for their acquiescence,” Pollack said.

Pollack, who will be teaching in the Visual Communication department in the spring, thinks making art on the gallery and museum level is not enough in the current social and political climate.

“Artists — and this is something I struggle with — need to consider these issues and bring them out in a way that is understandable without just preaching to the choir,” Pollack said. “How can we face outward?”

Pollack is hopeful that the protest at Standing Rock is effectively addressing a major American problem that has never really gone away.

“It has those qualities of reminding people that we collectively haven’t atoned for the native tragedies and historic trauma of colonization. The native people have been pushed around for hundreds of years, but at the same time, they’re not going anywhere,” Pollack said.

Pollack is hoping to partner with native artists, gallery spaces, and interested individuals to connect people in Chicago and at SAIC with people on or near the reservations. He wants to act as a liaison allowing members of the SAIC community to donate art-making tools — like sewing machines, ribbon, and fabric — to members of the tribe. He also spent some time at the small museum inside the Sitting Bull College Visitors’ Center and is coordinating with the director there to set up a small residency for SAIC students. He is also working with a tribal archaeologist to host people on the reservation, and he wants to bring two tribal council members from the reservation to SAIC to speak on the issues of the Lakotas.

“This is my first step in facing outward,” Pollack said. “I want to bring these worlds together.” 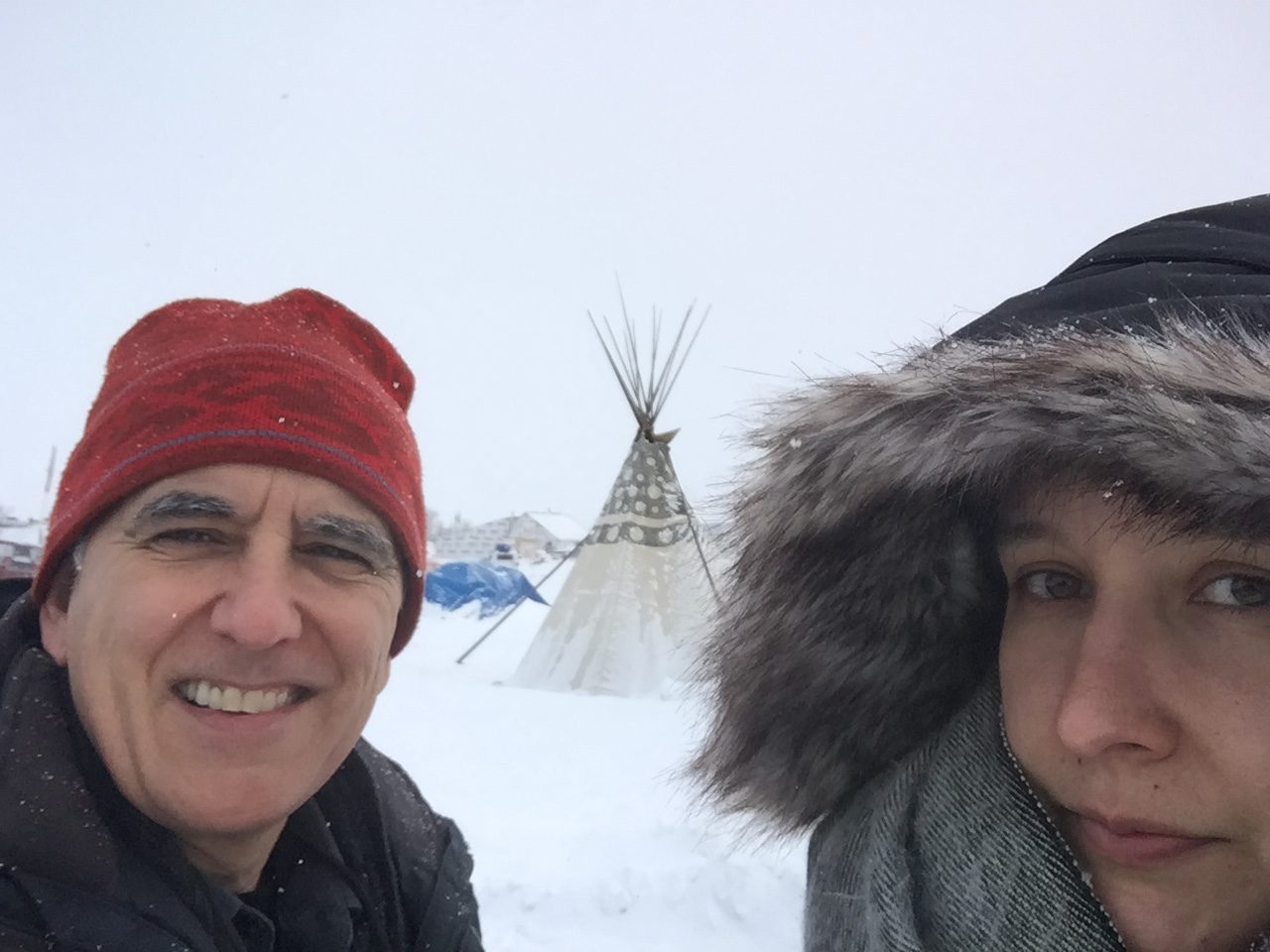 Donald Pollack and his daughter Julia on their recent journey to the Standing Rock Reservation. Photograph courtesy of Donald Pollack.

Those who are interested in visiting the Standing Rock Reservation for a summer residency can contact Pollack at dpollack@saic.edu. 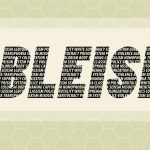 “Nothing About Us Without Us” Student Activist Voices Concerns,... 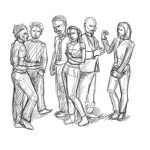