Part of the Problem: Porchlight’s Casting of ‘In the Heights’

Porchlight’s casting misstep is only one in a series of racially irresponsible production mistakes on national stages. 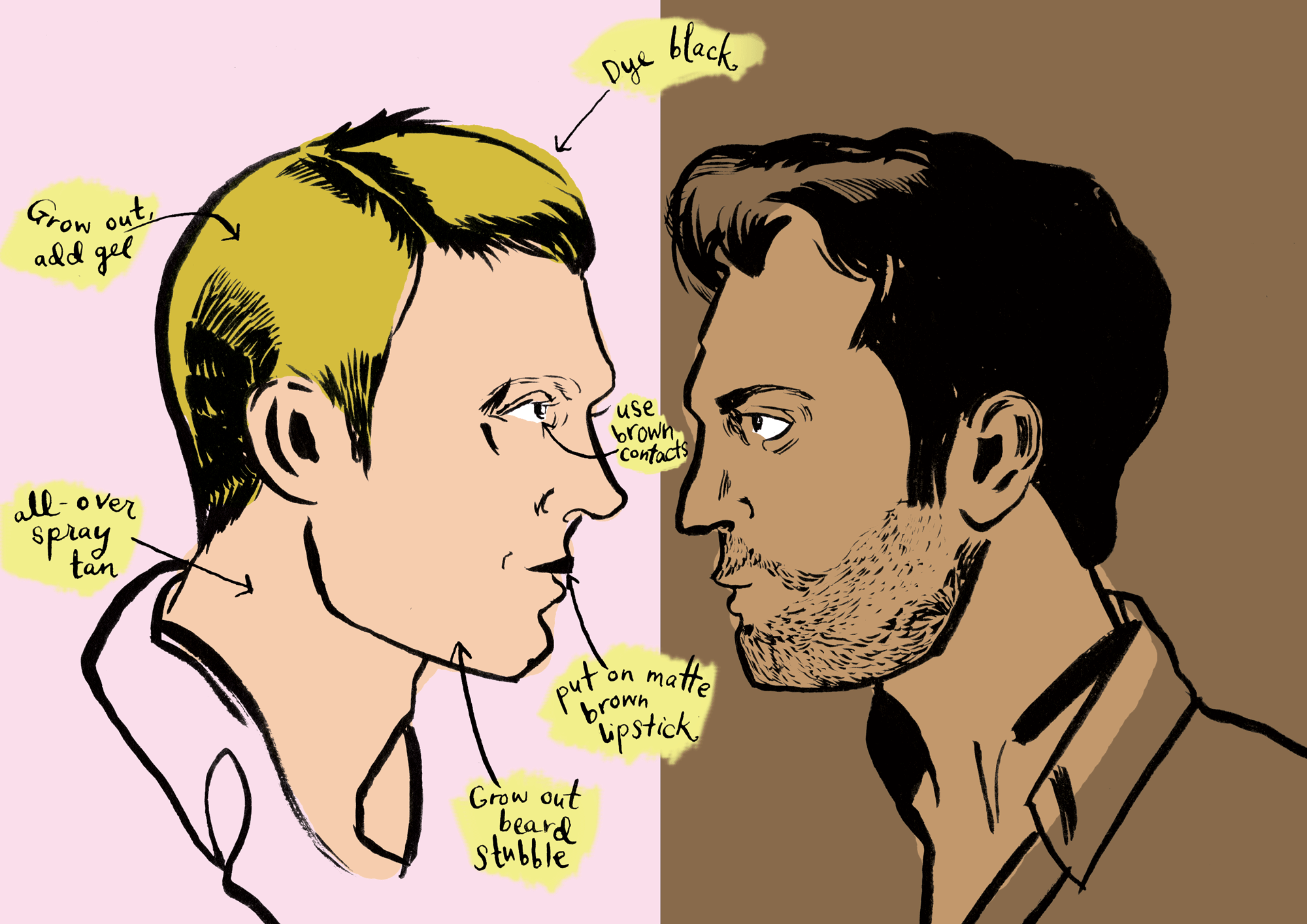 Earlier this week Porchlight Music Theatre, a mainstay in the Chicago theater community, announced the casting for their much anticipated production of Lin Manuel-Miranda’s “In the Heights.” Aside from the problematic handling of this announcement by The Chicago Sun-Times — Hedy Weiss described the cast as “unusually ‘authentic’” — the casting statement was bound to cause an uproar: Porchlight cast a white actor in the central role of Usnavi — a Bodega owner who received his name from the first words his family saw coming to New York from the Dominican Republic (US Navy). As expected, the roaring has begun.

It’s an interesting time to be a person of color in the United States. On the one hand actors of color won Tony Awards last year in all four Best Performance in a Musical categories, and Lin Manuel-Miranda’s musical-turned-cultural juggernaut “Hamilton” has seen unprecedented and epic success.

On the other hand, 2016 has seen the Oscars-so-white controversy; a Congressman saying on national television that, in comparison to white people, “Where did any other subgroup of people contribute more to civilization?”; and then, this casting announcement. It is just the latest example of the repeated and unceasing practice of “whitewashing”  — the casting of white actors to play characters of color —  a depressingly common trend in both theater and film.

To add insult to injury, this casting announcement comes just a few short months following the community outrage surrounding Marriott Theatre’s production of “Evita” — a play that is literally set in and is entirely about a Latin American country — which was cast with only one cast member of Latinx or Hispanic heritage.

What makes Porchlight’s casting decision even harder to understand is the fact that the character of Usnavi is explicitly written as being from the Dominican Republic. The role was originated by the creator of the show, who in an interview with Howard Sherman explicitly stated that, with regards to race in casting:

For any underrepresented community, issues of representation in media and culture are of vital importance.

In a city like Chicago, with a huge Latinx population and a vibrant Latinx theatre community, the decision to cast this particular role with a non-Latinx actor is supremely out of touch. But this sort of discussion isn’t without its subtleties — after all,the process of casting is highly subjective.

When faced with complaints regarding issues of whitewashing in casting, theaters often respond with the arguments that they’ve “cast from the pool of actors who auditioned” or that they’ve “made an effort to cast the best actor for the role.” There’s also the notion that the job of an actor is to portray characters who are different than they are. The question might be raised: How is playing a character of a different race anything new?

The truth of the matter is, often, actors of color aren’t able to get an audition in the first place. For instance, Porchlight makes audition appointments available through a website that has only so many audition slots open for signing up on a first-come-first serve basis. It is well known that these slots fill up fast and whether or not the roles looking to be filled are for actors of color, a large portion go to white actors.

Granted, these are actors who, very understandably, want a chance to audition for one of the more respected musical theater companies in Chicago. An actor’s agent can submit them for auditions, or they can self-submit, but it is ultimately up to the casting department of a theater to call actors in from the many submissions they receive. So, yes, casting does come from the pool of actors who audition, but when you’re in control of who is in that pool, that’s not an excuse.

When talking about who might be best for a role, things can also get complicated, subjective considerations of talent aside. Standards of what “best” means vary depending on who you’re talking to. For some, what makes an actor the best for a role has a lot to do with experience, the strength of a résumé, industry connections, name recognition — things that come from having opportunities some actors of color don’t have the same access to.

Often, directors say that an actor was best for the role because they were “the right fit.” This may have to do with superficial or demographic factors that the actor shares with the character as written. In that case, what could qualify an actor more to play a role than sharing the same cultural demographic as the character in question?

The job of an artist is to create work that illuminates elements of the human experience in a way that conveys truth.

Chicago’s Latinx actors are justifiably upset at Porchlight’s decision to deem a white actor better equipped to portray a Latinx character than an actual Latinx. Many individuals in the Latinx theater community — not just actors but also directors, writers, and others — were quick to release public statements via Facebook and social media, commenting on their disappointment with the casting decision. Some articulated the notion that Porchlight’s choices were tantamount to artistic gentrification; ironic since “In the Heights” deals specifically with the threat of gentrification faced by the Latinx community of the titular New York neighborhood.

One such theater artist, actor Tommy Rivera-Vega, had a particularly eloquent open letter addressed directly to Porchlight. An established and well respected actor in Chicago, Tommy has worked with the likes of Steppenwolf, Drury Lane, and Aurora’s Paramount Theatre(where he understudied Usnavi in their 2013 production of “In the Heights;” he’s since played the role for Skylight Music Theatre in Milwaukee). In his address to Porchlight, shared on his Facebook page, Rivera-Vega articulated the hope instilled by Porchlight’s initial announcement of “In the Heights” and the subsequent disappointment the casting announcement has caused, all while noting the importance of the sort of story “In the Heights” tells. With his permission, here is an excerpt of that statement:

I understand that you cast some Latinxs in the show (people that I have worked with before, respect their work, and love.) But when the person [Usnavi] actually narrating the story is not Latinx, you are creating an atmosphere, an ecosystem, a perfectly created barrio around him, where the white folks behind it can now feel safe telling our story. […]

Being Latinx is not just putting an accent[…] It is about who we are as people. It is about growing up and trying to understand the reason why we have to work harder than everyone else. Asking our parent(s) why all the Latinxs that we see on tv are drug dealers, or criminals, or picking fights, never successful.

“‘In The Heights’ came out when I was growing as an artist,” Rivera-Vega told F. “Lin Manuel was the first Latinx actor I noticed who was so similar to me!”

For Rivera-Vega and the Latinx community at large, Miranda did something more than just write a successful musical. ”He beautifully described my culture just as I lived it. Full of love, life, pride, hope, struggle, respect, integrity and dignity,” Rivera-Vega said.

Who has the right to tell which stories?

For any underrepresented community, issues of representation in media and culture, specifically on the stage, are of vital importance. As Rivera-Vega put it, “Before ‘In the Heights,’ I [only] saw Latinx’s on stage in gangs, or following some sort of dark path.[…] He[Miranda] understood the importance of breaking stereotypes.”

As far as what Porchlight’s casting decision illustrates about the state of things in the Chicago theater community, Rivera-Vega said, “It says that progress has been very slow for the Latino community. Marriott claimed that Latinx’s did not show up to their auditions. So, the Latinx community made sure to show up and represent for Porchlight’s ‘In the Heights’ audition.”

I remember when I saw that audition room full of people like us and thought: WOW! They can really do this. Maybe they’ll have a couple non-Latinxs in the background, but the story will be told right! Then I saw the cast list.

It’s relevant to note that, aside from one or two individuals — the assistant director, for instance (Adrian Abel Azevedo) — the production staff at Porchlight generally consists of white theater artists. While not inherently problematic, Rivera-Vega feels that “if they are going to have a non Latinx production team, they need to represent the show appropriately, by hiring at the very least, Latinx actors to lead that story.” Coming from the perspective of a Latinx Actor, Rivera-Vega argued that casting actors of Latinx heritage, especially in such a key role as Usnavi, “is all it takes to respectfully tell the story. It is not about creating what they [the production staff] believe the Latinx experience looks like, but about what it [that experience] actually is.”

One important thing that Rivera-Vega has taken into account is that the problem isn’t that a white actor is part of the cast. No one is claiming that the cast should consist entirely of Latinx actors. The problem is that this production chose to cast the role of Usnavi in particular with a white actor. This character who, in a lot of ways, is the avatar of the show’s creator, bears the responsibility of authorial intent; he functions as the narrator of the story within the play, and as such, articulates the themes the author, arguably, hopes to convey. That this role was originally portrayed by the playwright only furthers that interpretation.

Some people would say that this train of thought raises serious questions about the nature of art and the theatre; specifically, Who has the right to tell which stories? Aren’t we all human? Since the fact that the director of this production is white has surely influenced their casting decisions, might one say that, as a white director, Brenda Didier shouldn’t be the one telling this story?

That is absolutely not the argument being made by the Latinx theater community. The job of an artist is to create work that illuminates elements of the human experience in a way that conveys truth. It is through art that we as people are able to synthesize and contextualize the world around us  — our experiences individual and shared — into a work or story that resonates with an audience.

Regardless of the race of the director, if she isn’t cognizant enough of the current cultural and political climate or is unable to recognize how problematic the casting of a white actor in such a significantly Latinx role is — that director shouldn’t be telling this story. More than just whitewashing, it’s an erasure of a brown body on stage. It’s the taking away of a desperately needed and yearned-for opportunity to see what people of color contribute to our cultural landscape. It is, at its heart, an incident of colonization.

By casting a white actor in this role, Porchlight has planted a flag in ground that isn’t theirs. After all, it is Usnavi who, at the end of the play says:

Chillin’ in the heat!

I illuminate the stories of the people in the street

Some have happy endings

And if not me, who keeps our legacies?

Abuela, rest in peace, you live in my memories

But Sonny’s gotta eat, and this corner is my destiny

I ain’t goin’ back because I’m telling your story

Putting those words in a white mouth has serious subtext. Anyone with basic reading comprehension skills, let alone a sense of cultural awareness, can see that Usnavi’s journey loses something vital when the cultural identity of the person going on that journey isn’t authentic.

Arts & Culture Part of the Problem: Porchlight’s Casting of ‘In the Heights’
« Previous Story 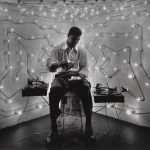 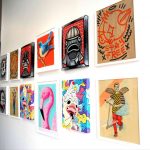 3 Responses to Part of the Problem: Porchlight’s Casting of ‘In the Heights’