Stephanie Germosen addresses the lasting legacy of HIV/AIDS through performance 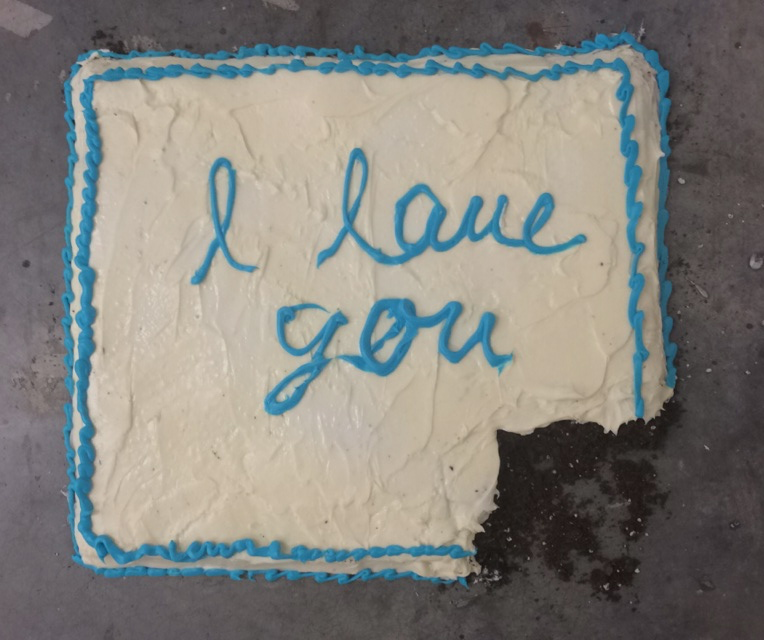 Stephanie Germosen is an innovative and passionate young woman who has dedicated her life and education to art making. Her work is usually sculpture-based, but recently she has been delving into performance. I had the opportunity to attend one of these performances last spring, and it left me speechless. “Take and Give” (2015) was a part of the School of the Art Institute of Chicago’s ArtBash, an exhibition that showcases the work of first year students.

Germosen said of this work, “’Take and Give’ is based off of the relationships we have with people. When we meet someone, we lose a part of ourselves because they’re gaining part of us. It’s this cycle of you giving a part of yourself and you taking a part of them. If you lose that relationship, that part of you is gone forever, and that’s what I wanted to replicate with the act of me giving them the scissors then hugging them […] It’s a continuous cycle: moving on from the next person to the next person until it creates a full circle.” 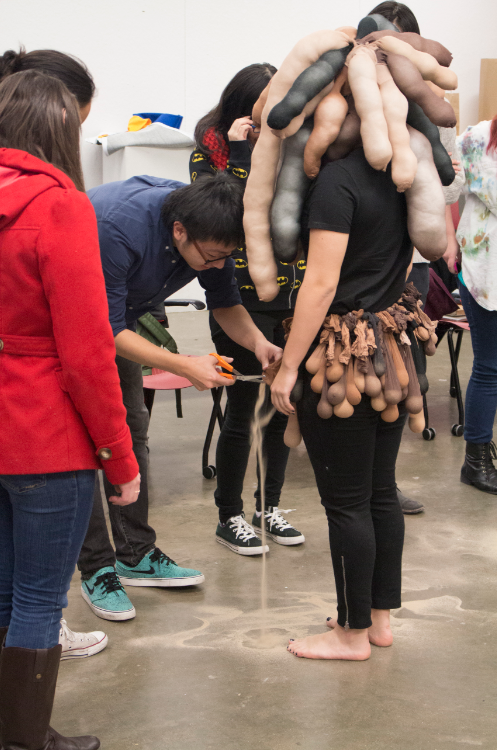 Germosen was soft spoken when discussing her most recent projects. Her works “Drowning” (2015) and “He Had A Brain Tumor But It’s The AIDS That Took Him From Us” (2015) confront the reality of HIV/AIDS, both how it affects others and the one with the illness. Her work is very simple, yet conceptually complex.

This winter, she is volunteering for the Chicago Women’s AIDS Project. “Lately I’ve been working on a lot of socially engaged things, especially in my performances. I’ve only done one performance [“Who Am I”, 2014] before I came to the Art Institute, which was at MoMA PS1; it had to do with self identity. Today I went to the Chicago Women’s AIDS Project and I’ve been getting really inspired by them and also the disease […] I’ve been working with it in my art for a while now.”

Germosen completed “He Had A Brain Tumor But It’s The AIDS That Took Him From Us” (2015) for her uncle who passed away in 1999 from AIDS. “It was my fourth birthday. On the very day, instead of celebrating my birthday, we had a family reunion because we knew he was going to pass away. Nobody remembered my birthday except for him. He went out and bought me a cake that said ‘I love you.’”

When thinking about her next art piece, she “immediately thought about him.” She went on to make fifteen cakes, representing the fifteenth anniversary of his death. Each cake had pieces gradually taken away, which “represents my memory of him. I have so many, but slowly it gets blurred or I’ll have to ask my mom about things, and that’s what the soil represents – the death, those memories. I wanted to replicate exactly what the cake looked like because that’s such an important memory in my life.” 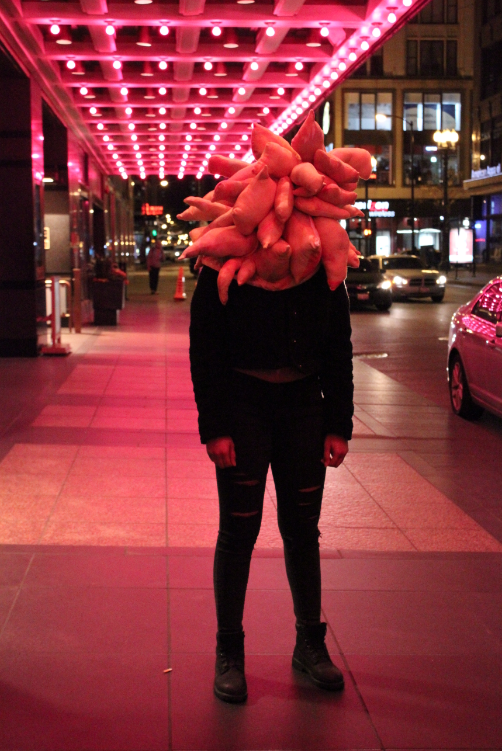 Her latest performance piece, Drowning, took place in front of Cloud Gate, in Millennium Park, Chicago. Germosen stood wearing all black, and proceeded to dump a bucket of water over her head.

“I was talking to my mom about him, and she told me something that she had never said before. When he was about to pass, any time he was around people or out in public he felt like he was drowning. So with the water, I went up to people and said, ‘will you hold my hand?’ My wetness represented the illness, because no one wanted to touch me. It was only a few people that would give me their hand without even questioning me. I asked them, ‘would you hold the hand of someone that had AIDS?’ and then I would tell them the story of my uncle.” 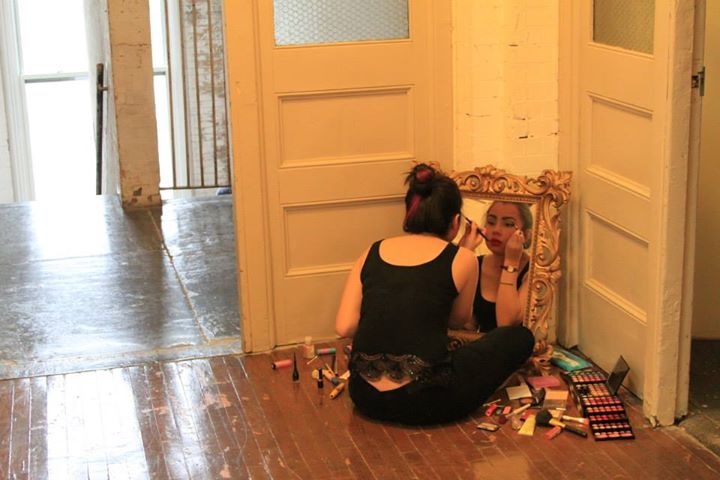 Germosen is both an artist dedicated to making work that is personal and relevant and an active member in the community, contributing with her public performances and volunteer work. 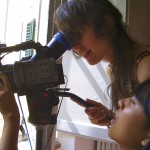 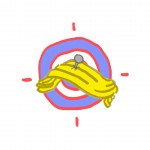