“This is Chicago,” you say –– far from the UK.
Yet, it might as well be called Oxford when you look downward.
Though the name you view comes from the shoe, continuing uppa still inspires a cuppa with indeed all folks decked in tweed.
From she-wear and he-wear, this day wear is they-wear.
The brief of the news? The mode is run by shoes.

As seen throughout the streets of Chicago and the halls of SAIC, menswear’s the thing – regardless of gender. On the street, the oxford style of shoe has been giving in a regular appearance in some form or other.

Around campus, students translating the oxford shoe to full Oxfordian professor throughout their wear look seems to be the mode this January.
Fittingly so, as coming back from break, the statement to make’s in the socks and the shoes to beat the mid-winter blues.
Lead feet first, Chicagoans and SAIC students put their best foot forward.
With a brigade of oxfords and burst of brilliant color, as seen through the shoe-spun style this January, the game does indeed seem to be afoot. 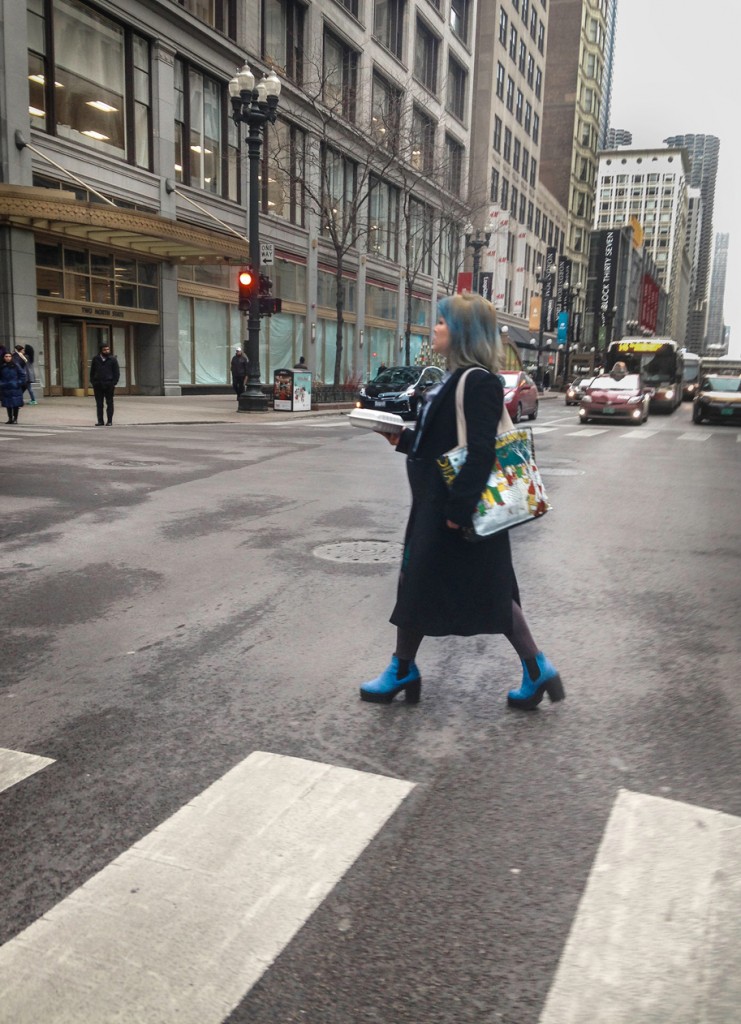 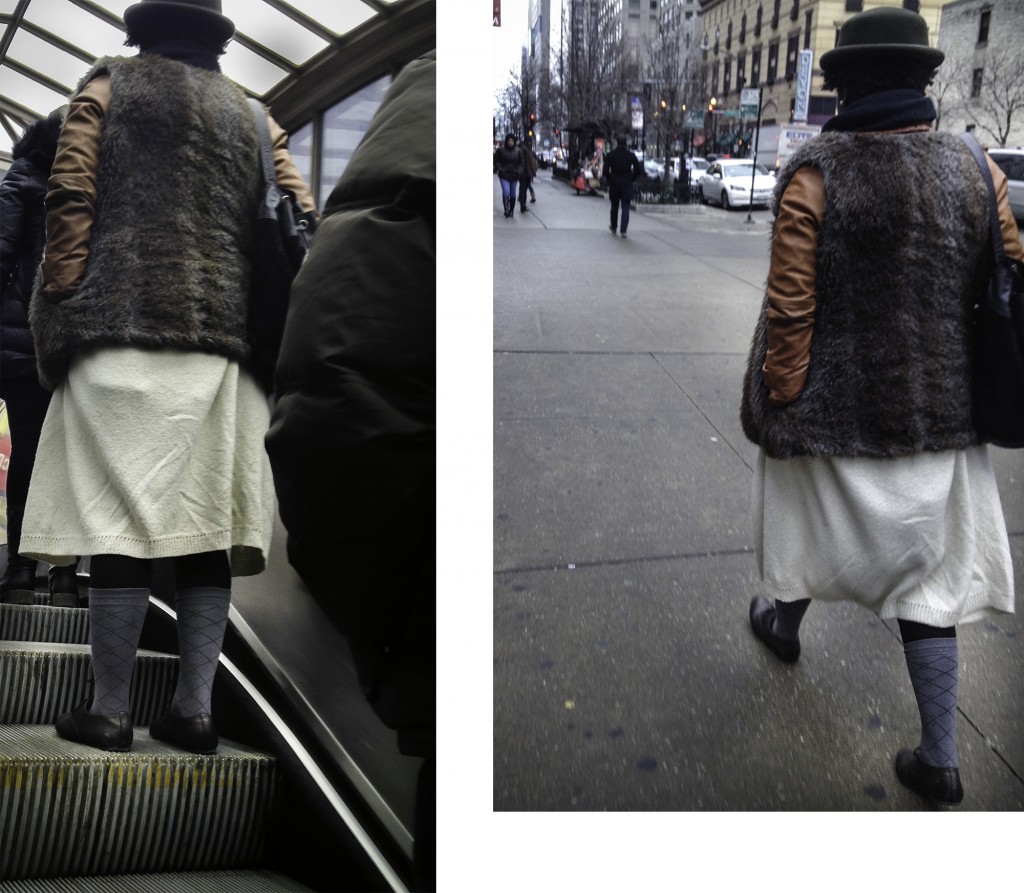 Cheerio, and sock it to ‘em
(Seen off of Chicago and State in a bowler, oxfords and spiffy socks) 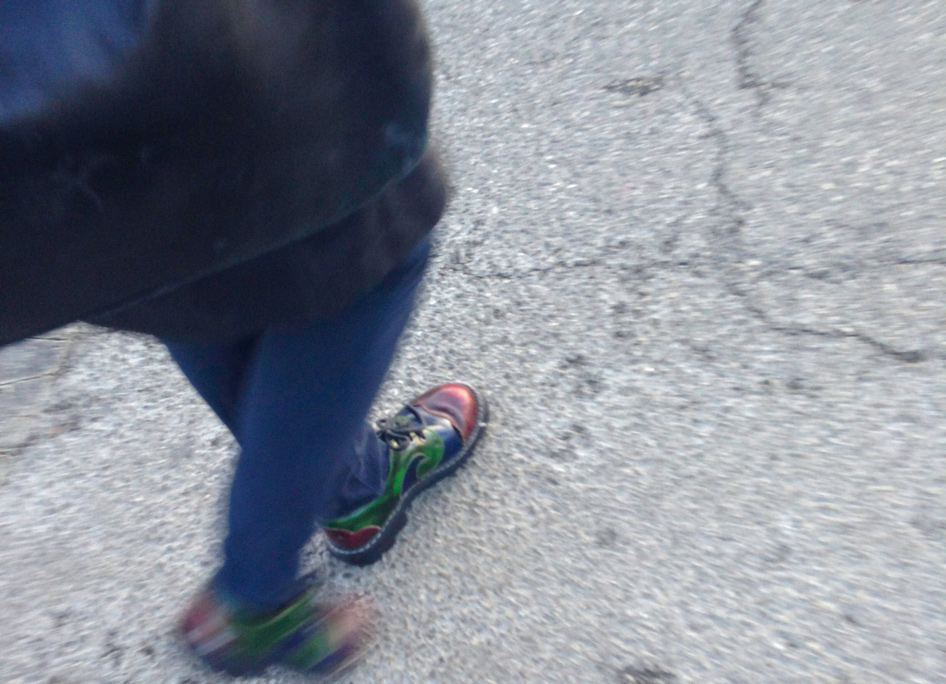 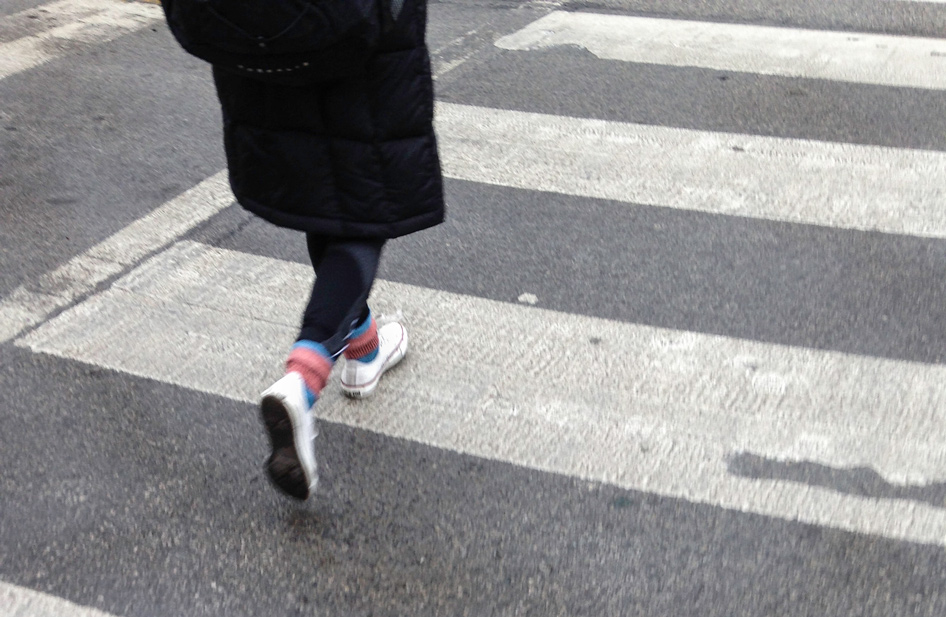 Converse-ational Socks
(Off of Grand) 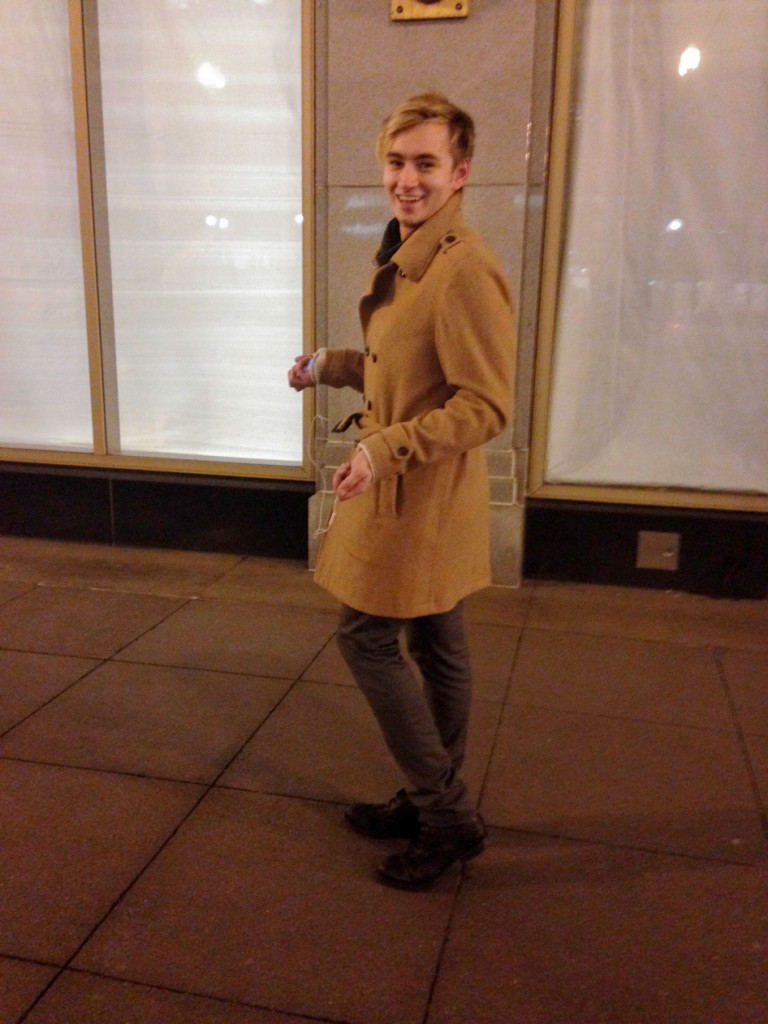 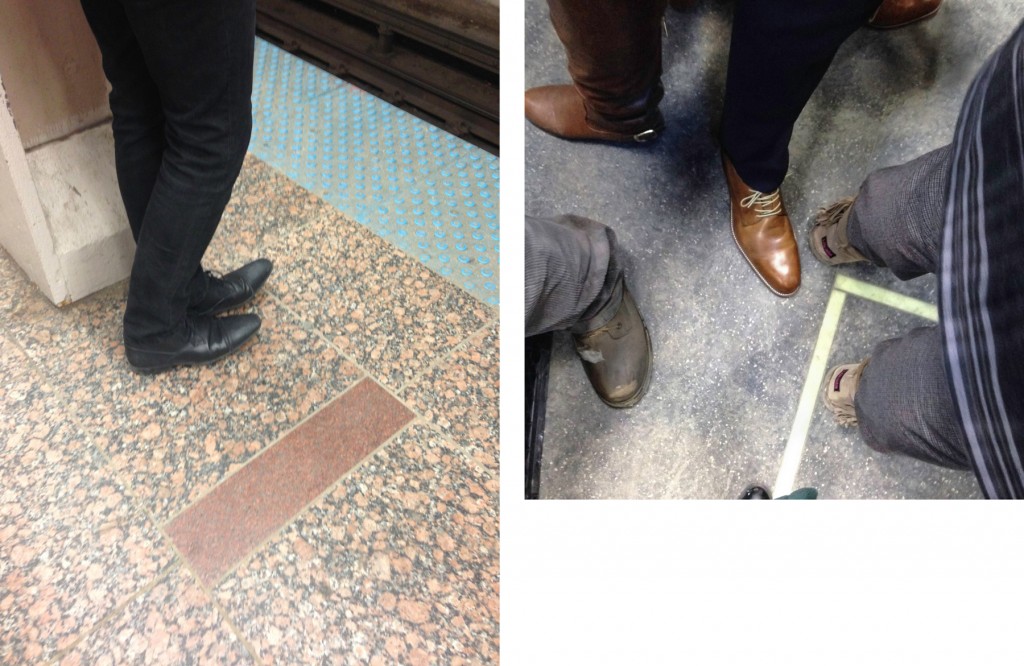 Stepping on the subway 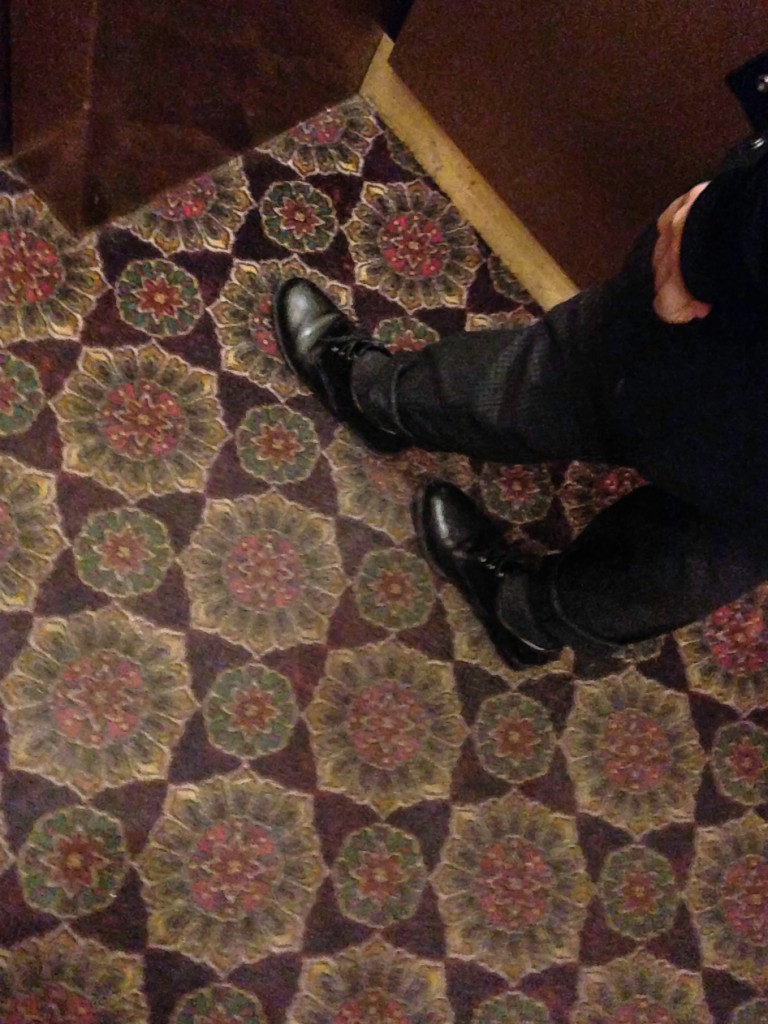 Elevated platform
(In the SAIC elevators) 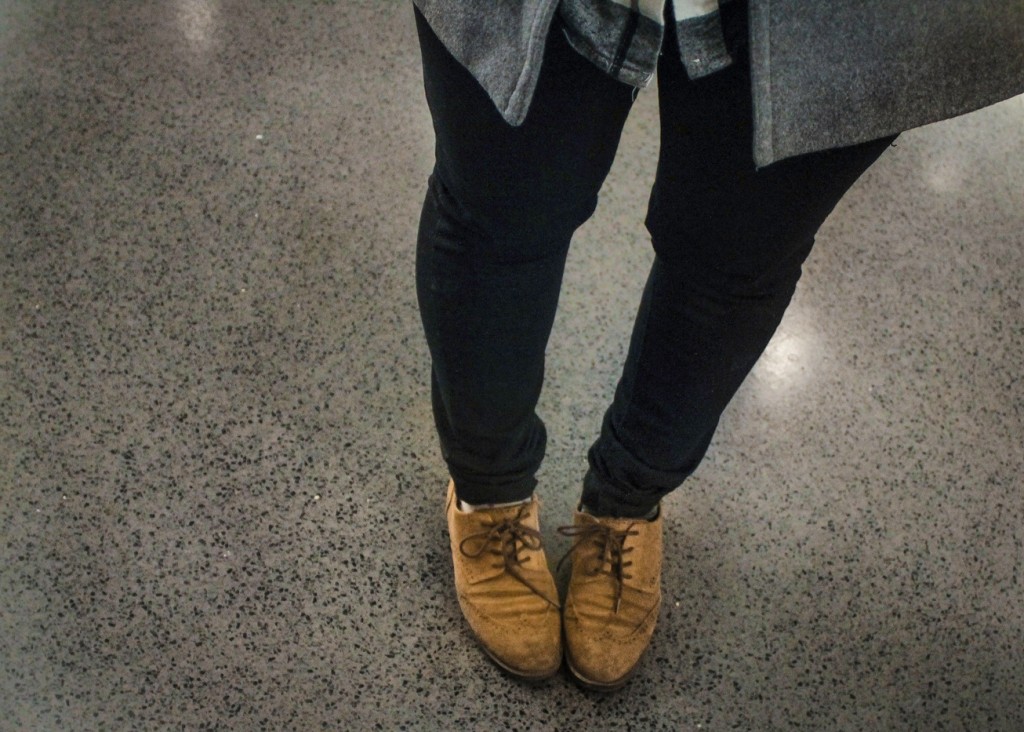 From the streets to the school
(Spotted in Sharp) 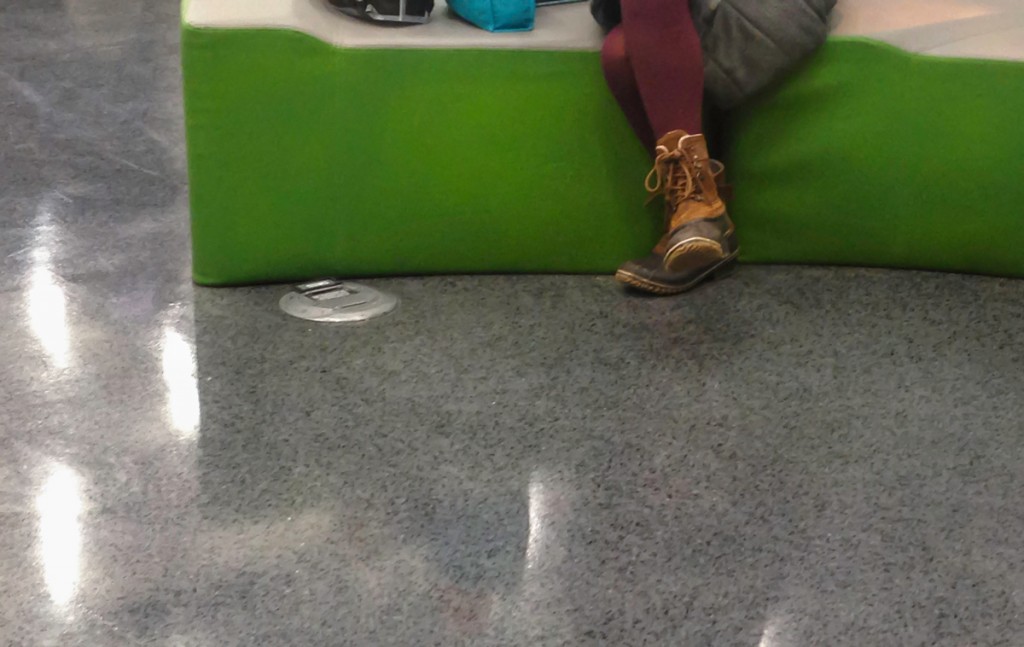 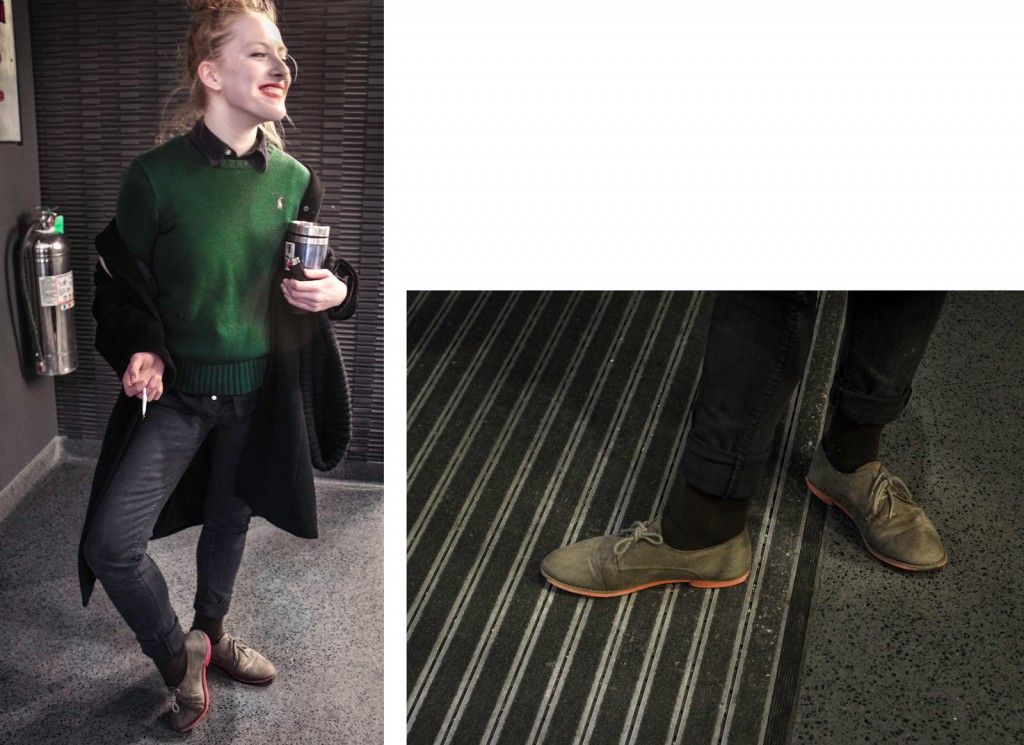 A chip Off the Old Rib
Maddie kodat was seen wearing menswear in Sharp.
From  her oxford shoes to an oxford shirt topped with pullover Polo jumper, Maddie, a Junior and VCS/Writing major is decked out a la menswear-inspired style, not out of place in an English study room.
Maddie turned a feminine twist on things with a pop of salmon pink on the soles of her shoes and red lips. 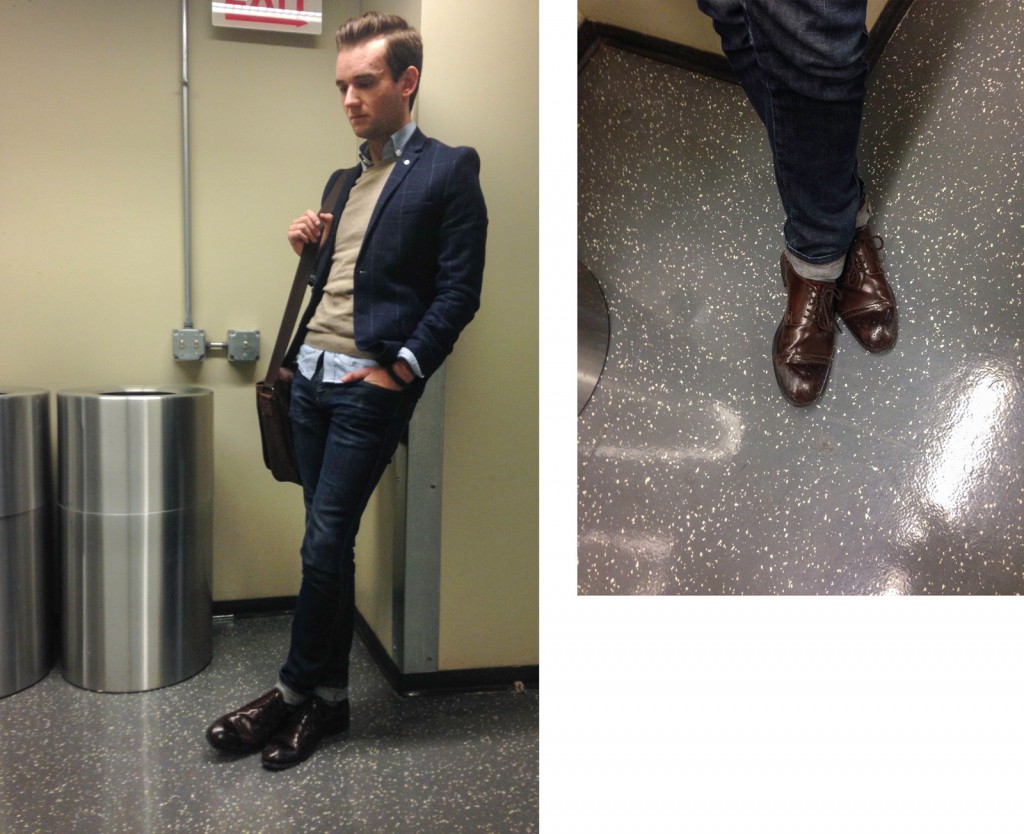 Here we see Jackson Van Matre, a senior Interior Architecture major: another scholar in oxfords, looking like an Oxford scholar. 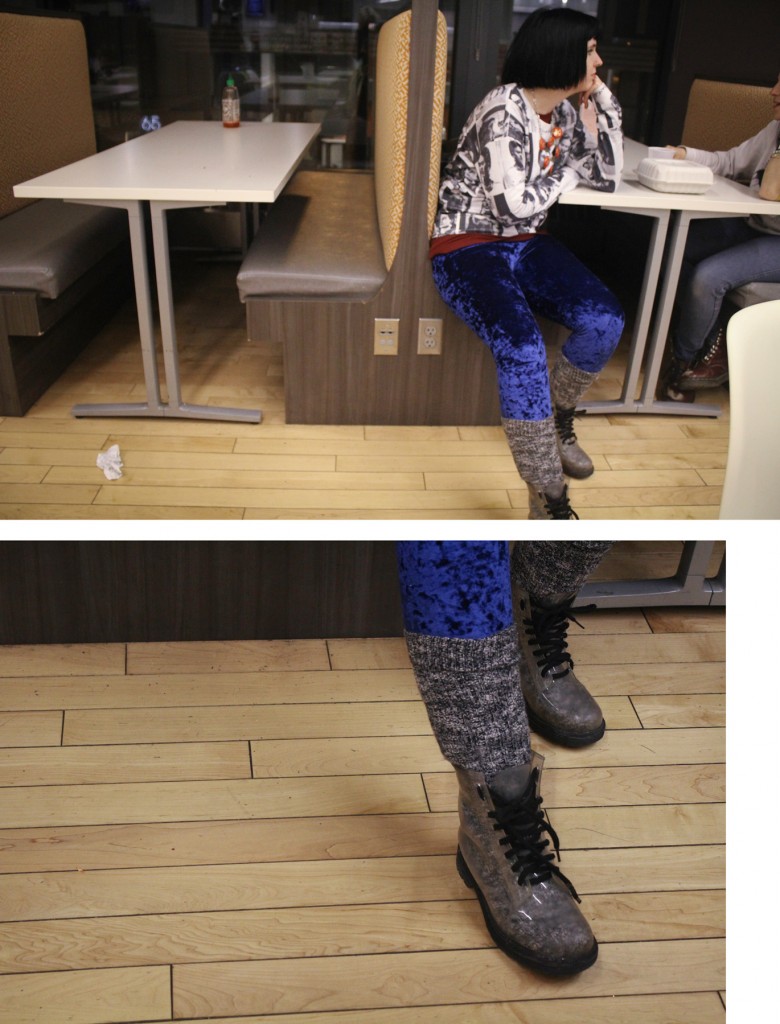 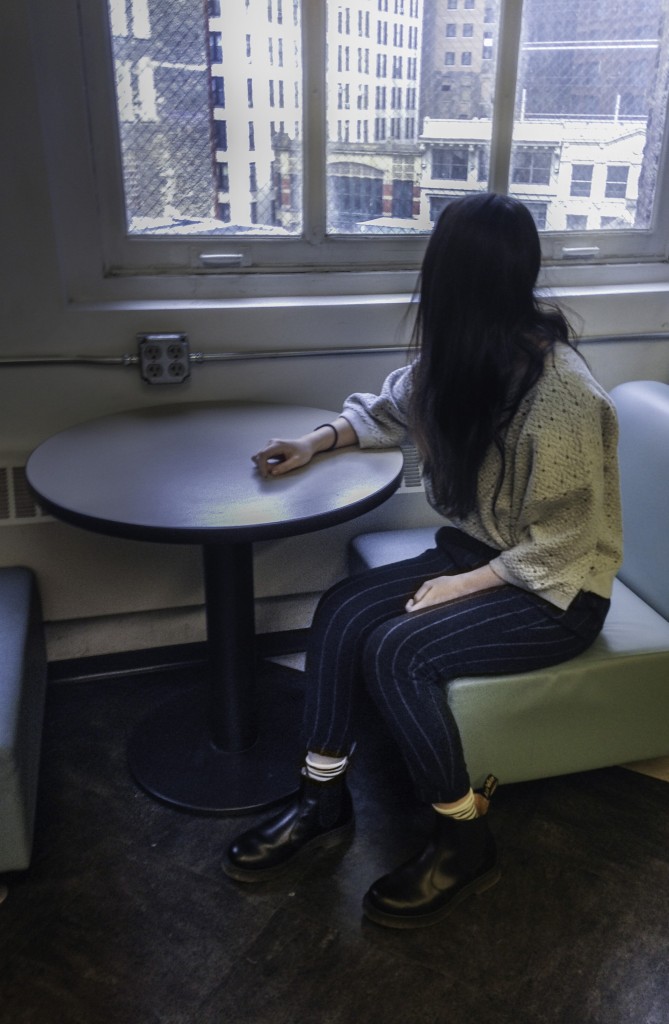 Sitting contemplatively in the caff (English slang, café) Yuka Yang, a freshman VisCom and Fashion major speaks through her socks, shoes, and stripes with an interplay of texture and pop of patterning, combined with her jumper and Beatles-style Chelsea boots. 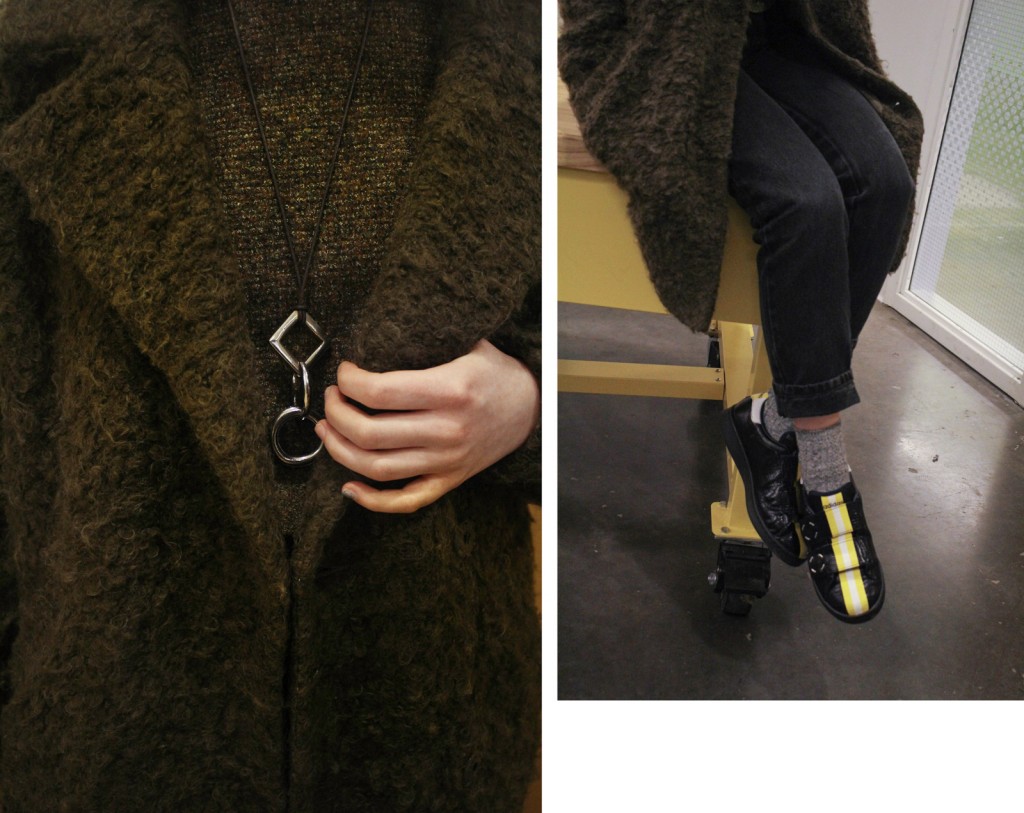 Brianne Fudala, a freshman Bachelor of Fine Arts student, was looking fine indeed in a cozy coat terrifically textured in English-moss-gone-mode. Paired with a pair of yellow trainers, Brianne gave a vibe of English country road. 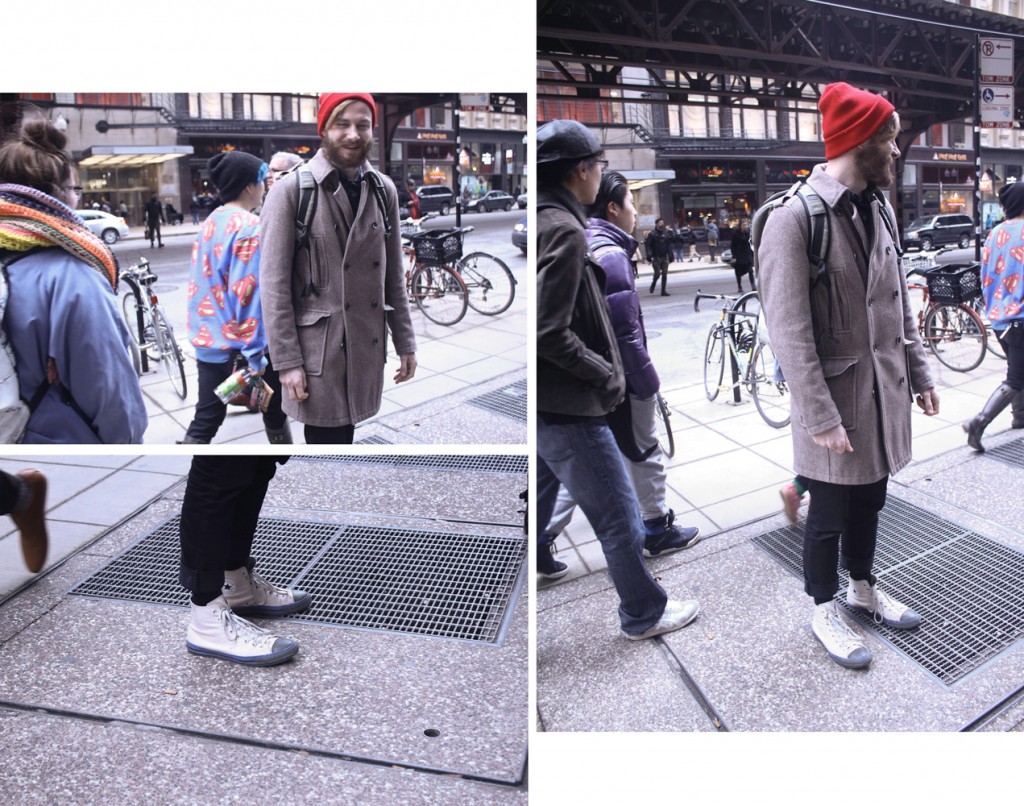 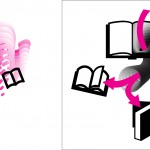