The radio-listening public is notoriously bad at recognizing talent and innovation in music, but sometimes an odd song gets through, one normally unfit for radio. These are the unlikely hits, and I’ve rounded up a bunch the best of them for this playlist.

It makes sense when certain pop songs rise to the top of the charts. A steady beat, catchy melody and sexy singer is usually all it takes. Sometimes one or more of these qualities are conspicuously absent from a song and it still hits #1 (see: Rihanna’s “Diamonds”). The radio-listening public is notoriously bad at recognizing talent and innovation in music, but sometimes an odd song gets through, one normally unfit for radio. These are the unlikely hits, and I’ve rounded up a bunch of the best of them for this playlist.

Criteria: To qualify for inclusion, songs had to appear on the Billboard Hot 100 chart.

Finally we can forgive Usher for years of unacceptable output. “OMG” and “DJ Got Us Fallin’ in Love” — these were not good songs. He’s guilty of jumping on every lame trend in pop music, especially the trend toward club-friendly singles. “Climax,” though, is a different beast altogether. “It”-producer Diplo offers the fragile beat over which Usher wails like he hasn’t since “Burn.” Can’t dance to it, but it still hit #17, and it was a high point for radio in 2012.

On paper, The Cranberries were a hard sell. Just another unknown rock band with a singer in her twenties, one with this wild Irish voice reminiscent of the Cocteau Twins’ Elizabeth Fraser. What to do with a band like this? Why, cut them a record deal, of course! This was the grunge era, and executives threw money at any band who could be the next Nirvana. The Cranberries never got that huge, but they came close, selling fifteen million albums in the US. “Dreams” is their definitive statement.

“Stay” landed on the airwaves in the summer of ’94 via a series of lucky breaks. At the time, Loeb was living in New York and playing shows around town. She passed her demo to actor Ethan Hawke, who passed it along to “Reality Bites” director Ben Stiller. A song this infectious — how could Stiller not include it on the soundtrack? Loeb became the first person to release a #1 hit without a record contract, and lo, a new generation learned to love a girl in glasses.

Bush never quite broke in the US like she did in England, but not for lack of trying. “Running Up That Hill” is her highest-charting single and a total home run — a gauzy, galloping affair that influenced pretty much everyone, from Bat for Lashes to Fever Ray. Chromatics covered it admirably in 2007, but the original from ’85 still shines brightest. I’m hard-pressed to find another song so canonized by indie rock’s elite and simultaneously forgotten by American deejays.

In 1982, Jackson sent all seven singles from Thriller to the top ten, so I know that calling “Human Nature” an unlikely hit is crazy. If he had recorded himself chewing it would’ve gone platinum. Fortunately for us, he didn’t, and instead we got this, a sensitive ballad in the middle of what’s essentially a funk record. MJ veers dangerously close to new age cheese, but he holds back and delivers an enduring, wrenching performance. It was the most amorphous thing on the radio that year and the only way to follow the earth-shattering “Billie Jean.”

The only governing principle in this smash from disco’s heyday is the persistent whap of the bass. Giorgio Moroder —one of electronica’s first geniuses — composed “I Feel Love” entirely on the synthesizer. The music itself is highly kinetic and suited to the dance floor. My girl Donna’s got the sultriest voice, and she knows just when to cut out and let the groove take over. That something so forward-thinking reached #6 is miraculous.

“Fade Into You” is beautiful, and almost unfairly so. Amidst waltzing, sliding guitars, Hope Sandoval, Mazzy Star’s man-slaying chanteuse, sings languorously and effortlessly, as if under the influence of mescal. Hard to believe radio audiences recognized such understated brilliance, but they did, and in 1994 the song peaked at #44.

In 1969, the man who would become Ziggy Stardust was still unknown on this side of the pond. He quietly released “Space Oddity,” a folky number about the doomed fictional astronaut Major Tom. Some seriously nerdy lyrics, people. Nevertheless, it became a #1 hit in Britain, partly because it’s wonderful, and partly because the Brits had gone space-crazy. In 1973 it was re-released in the United States, and Major Tom took off once again.

Like post-Thriller MJ, Fleetwood Mac had that golden touch. They were coasting on the goodwill of “Rumours” (1977)  and spending all of Warner Bros.’ money on a follow-up. The first single and title track “Tusk” features the USC marching band, some creepy chanting, and barking dogs. It’s one mess of a tune, and that it charted at all just goes to show how popular Fleetwood Mac were in 1979. The moral of the story: don’t pursue every fleeting idea at once. “Sara,” Tusk’s second single, is more focused and lasting. 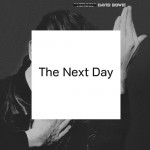 David Bowie: Yesterday and the Next Day. 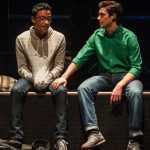