This week’s “Girls” episode was more in the format of a short story focusing solely on Hannah, and if there’s one thing we learned it is that, like Fiona Apple, Hannah Horvath wants to feel it all. The episode opens with her and Ray conversing at Grumpy’s about sexits and the visit of a neighbor by the name of Joshua (Patrick Wilson), who stops by to complain to Ray about Grumpy’s employees leaving trash in his cans. Immediately, we can tell Hannah is guilty of doing such a thing, and after Ray proceeds to call Joshua a Pinko, she follows him out to his apartment to confess her wrongdoings.

Joshua is a good-looking, 42-year-old man who lives in a fancy brownstone in the neighborhood, and Hannah is impressed by all of his appliances and belongings (there’s a piano, you guys). After she comes clean and reveals it’s her who has been leaving the trash in his cans, an extended silence leads Hannah to kiss Joshua, and he kisses her back. This kicks off Hannah’s three-day stay at his apartment, complete with a steak meal, semi-naked ping pong match, and sex on that same ping pong table. The good news is that the sex in this episode isn’t violent or awkward — it’s seemingly good. They acknowledge it’s a strange situation they’re in (he’s separated, his wife has been away for months) but they both seem to be enjoying each other’s company, even if Hannah is a bit too nosy.

But of course, this wouldn’t be a Hannah episode without a self-revelatory rant about her feelings. After Joshua finds she has fainted in his steam shower, they both lie in bed as Hannah recovers from the heat and he strokes her hair. “Please don’t tell anyone this, but I want to be happy,” Hannah begins, as she starts crying. She says she’s been taking in all of these experiences for the majority of her life, always putting her feelings aside. She’s lonely, she says, and she hadn’t realized that until she met him.

It is uncomfortable to see Hannah revealing all of this information to a guy who’s probably not up for mentoring a 24-year-old through her insecurities. “Do you think I’m a crazy girl?” she asks him, after she’s worked her way through her feelings, and dismissed his. No, he doesn’t. “If anything I think I’m too smart, and too sensitive, and not crazy,” she explains. Now, it’s statements like these that incite eye rolls and a dismissal of Hannah’s likability. But therein lies the appeal of Hannah to me — the reason why I keep going back to her every week because she is perhaps the only female character on TV that is not meant to be traditionally beautiful or likeable, and that’s a relief. Hannah is an over-thinker and overly self-conscious (just not about her body). Every one of her actions — in her friendships, her sexual encounters — are very calculated, and she very desperately wants to take something from them, to an extreme. Emily Nussbaum, at the New Yorker, constantly compares the show to Louis C.K.’s “Louie” on FX, because both comedies take structural risks, “including the risk of not being funny,” she writes. And for the naysayers who think Joshua was too good looking for Hannah, would a real-life Louis C.K. stand a chance with Parker Posey? Who knows, but to my knowledge that was not even an issue.

Episode 5 comes to a close neatly, as Hannah wakes up to find him already gone to work. She grabs the paper from his stoop, makes coffee and toast, and sits in his backyard reading and thinking. As she gets ready to leave, she takes out his trash, and the camera pans out as she walks back home. Here’s to hoping that Hannah learned more from this encounter other than the fact that she’s lonely, because watching this show through all of its seasons will be no fun unless the characters, Hannah especially, change and grow.

Uncategorized “I Wish My Name Was Daisy” – Girls Recap 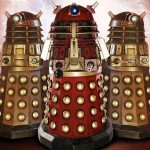 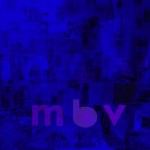