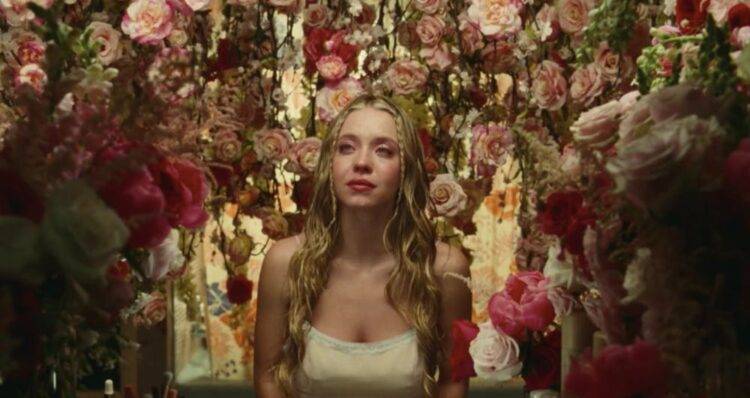 This article contains minor spoilers for Season 2 of “Euphoria.”

Cassie Howard, played by multi-hyphenate showbiz star Sydney Sweeney, arguably has the most provoking storyline on the second season of “Euphoria.” A simple search of her name on any website unveils a discussion, largely but not entirely agreeable in tone, dissecting her behavior and theorizing on her true intentions.

It was widely speculated what Cassie’s inevitable downfall would be, the plotline being hinted at when the show was renewed for a second season (before the first one had even finished airing). As established in her central episode last season, her need for male validation becomes a centerpiece in her unraveling throughout the second season.

To catch the eye of her best friend Maddy Perez’s (Alexa Demie) abusive ex, Nate Jacobs (Jacob Elordi), she goes full Cady Heron after hooking up with him on New Years’ Eve. She trades in her previous aesthetic of summery, Reformation-chic dresses and a generally natural face, for several archetypes of feminine styles. Almost in sync with Nate’s mental catalog of what he likes in a girl from season one, there’s the soft glam high bubble-ponytail, the pig tails with hot pink rave liner (Jules?), and the Spice Girl Dolly Parton getup that incites mockery in episode three. As inconsistent as all the styles presented may be, the cadence behind every look is an unaffordable morning routine she wakes up at four in the morning to commit to. 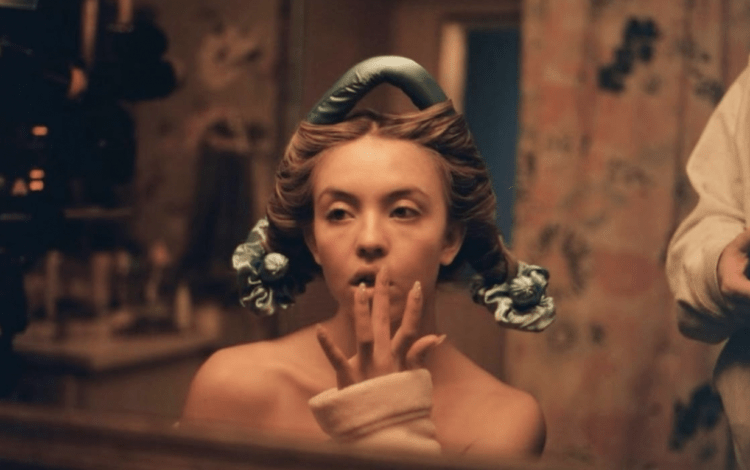 Over a soft-spoken Patrick-Bateman-esque monologue, Cassie uses a whopping $995 worth of products for a 3.5 hour morning routine. My first reaction was, “How could this be relatable to any number of people, myself included?” I wanted to be Maddy Perez my senior year of high school, too, but Sydney Sweeney’s Cassie ultimately won out. Now, how was I going to afford to keep relating to her?

Some of the products Cassie uses can cost up to hundreds of dollars, which is hardly a practical expense for someone so young to be using. A morning routine can be a complicated thing to solve, especially if you either don’t have the products you need, or if you have an overflow of products that you are not sure what to start with. In Sweeney’s feature for “Vogue: Beauty Secrets,” she recalled moments in her teenage years, wishing she had media like that to look at and reinterpret. “It took me a while to actually find the cleansers that would work for me. I would watch as many videos, as many tutorials, and finally, in the last year and a half, found these two,” she said, as she mixed Caudalíe VinoClean Deep Cleansing Exfoliator with Avène Cleanance Cleansing Gel.

“Most of those tools during Cassie’s 4 A.M. manic routine, I brought from my own house, because that is my manic routine,” Sweeney confessed during an interview with HBO Max. “I’m just gonna bring a bin to set that day and I’ll play with all the tools and you tell me if you like it.”

When I was seventeen, I convinced myself that I was going to make the lead singer of one of my favorite bands fall in love with me when I saw them live earlier that year. To get his attention, I bought mascara, borrowed my mom’s blush, and used the rest of my paycheck to invest in some pomade to fill in the scar in my brow. Now, I realize how ridiculous that was — we weren’t super close to the stage, he was taken, and I was very much still in high school. But watching Cassie force herself through this transition reminded me of how far I, as well as many other teenage girls, have gone to absurd lengths to get to others. Sweeney’s incorporation of her own products into Cassie’s routine gives the moment a personal undertone, but in a very rhapsodizing lens. 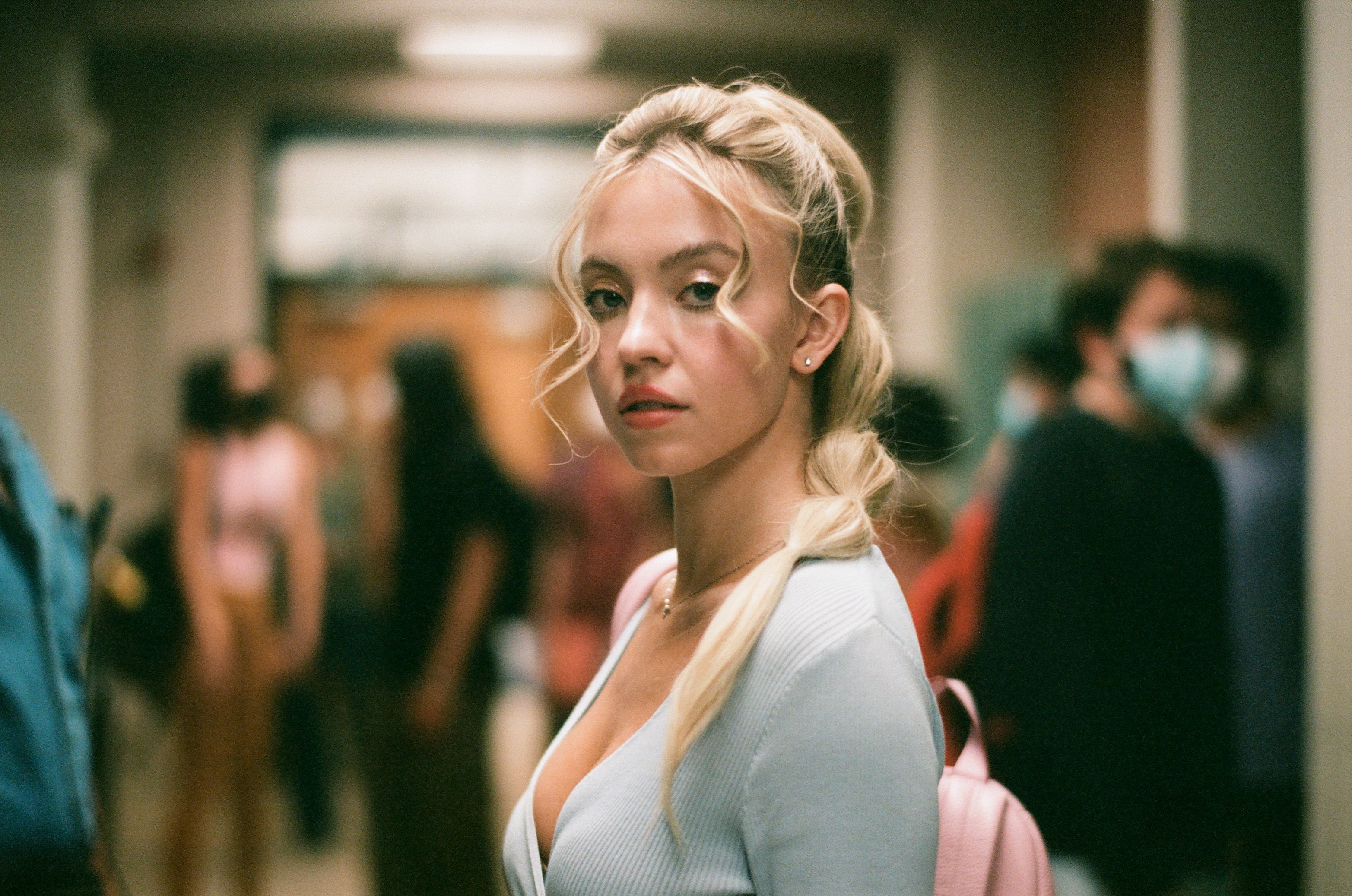 Simply put, “Euphoria” isn’t a relatable show, no matter how hard it tries to be. Its exaggerated appeal to the teenage gaze is why it’s so successful, and why it’s so heavily critiqued all over the Internet. It’s not clear whether Cassie, Lexi, and their mother, Suze Howard can afford such luxuries, but the show indulges in the public’s attraction to the characters and to their expensive budget. There is no way that the three can afford to let Lexi wear Miu Miu off the rack, Suze to strut around in vintage Juicy Couture, and have Cassie destroy her entire image under the glow of Too Faced highlighter. The show knows that this characterization, one of status and aesthetic, is esteemed among its viewers. Nowadays, Gen-Z falls over themselves in seeing characters their age in idealized situations, feeling comfortable that one person can do or have what they want and it feels possible.

During a sit-down with Mel Ottenberg for Interview Magazine, Heidi Bivens, the series’ costume designer, proclaimed that, in terms of her style, Cassie is “looking at TikTok. She’s looking at Instagram for fashion references.” TikTok, having contributed to an infinite archive of “Euphoria High School” memes, in which users mimic the outrageously out-of-dress-code ensembles often worn by the shows’ central characters.

In an ironic twist on Gen-Z’s affinity for satire, incorporating some of Cassie’s antics, outfits, and beauty tricks will soon be sure to entirely deflate your wallet. Officially confirmed last month, A24 and the show’s MUA Doniella “Donni” Davy have created “Half Magic,” a beauty collection based off of the show’s “emotional glam.” Though the line won’t drop until May, there are copious alternatives to a Bates-Motel-glam spiral: 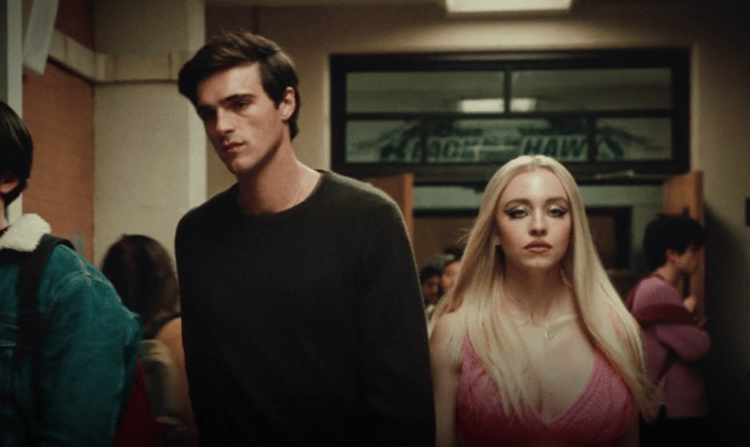 And even then, none of this might even work. Regardless of Cassie’s style switch-ups, Maddy is still Nate’s fantasy. It’s a theme that’s tossed around the whole season, from the dark-rimmed dreamscape of her being in his room and dressing her in the clothes he likes her in, to buying her a coveted Tiffany’s pendant and taking it back to give to the new Cassie. Cassie is clearly aware of this, though, and despite her deflection of everyone’s critiques once Rue discloses this secret, she remains complicit. Cassie’s line, “I ruined my life for you,” closes out the sixth episode. She clearly isn’t in denial. She’s just a selfish friend.

“She certainly looks the part,” Maddy says to Kat through a laugh, as Cassie’s motives become more and more transparent. Wearing a hot pink bralette and pink short skort, both from MSGM, with flat-ironed hair and electric gray shadow and liner, this Cassie is almost unrecognizable. Even the “knockoff” Cassie in Lexi’s play looks more like the old her than she does here.

In the first season, she’s often seen wearing soft blue and/or pink dresses, skirts, and blouses. Her style, though exclusively bichromatic and on-trend in composition, becomes a consequence of her dependency on male validation, or everyone’s favorite term, “daddy issues.” If Cassie’s wardrobe appeals exclusively to the male gaze in her life, then Maddy’s pop silhouettes, regal purple and gold appeal to the larger female gaze of both the shows’ surroundings and its’ demographic. Cassie’s newer, more archetypally-conforming ultra-feminine styles drive home the tactics we already know she can and will use — submitting to Nate as much as she can, even though she knows it will ruin her life. 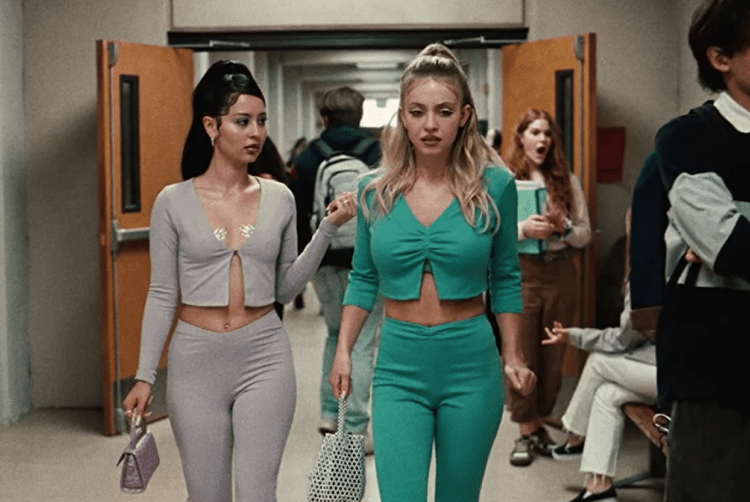 It’s understood that Cassie likes competition. As the slideshow of Cassie’s interchangeable looks cycle out, the only one that gets Nate’s attention is the half-up half-down updo, matte mocha lip liner, and the now-infamous matching turquoise crop top and matching pants (a custom design by Seth Pratt), “coincidentally” mirroring a less blonde, more distressed Maddy. In “You Who Cannot See, Think of Those Who Can?”, Cassie goes out of her way to take attention from Maddy on her birthday when Nate shows up. As karma would have it, Cassie pukes all over herself after Maddy repeats that Nate wanted her to mother his children. Not only does this speak to the running competitiveness between the girls, it paints Cassie as an insufferable understudy, falling at the feet of whoever she’s fighting to take the lead from. And when it comes to Maddy, she’s always going to lose.

The Life and Death of a God Complex: Kanye...