I End Where You Begin 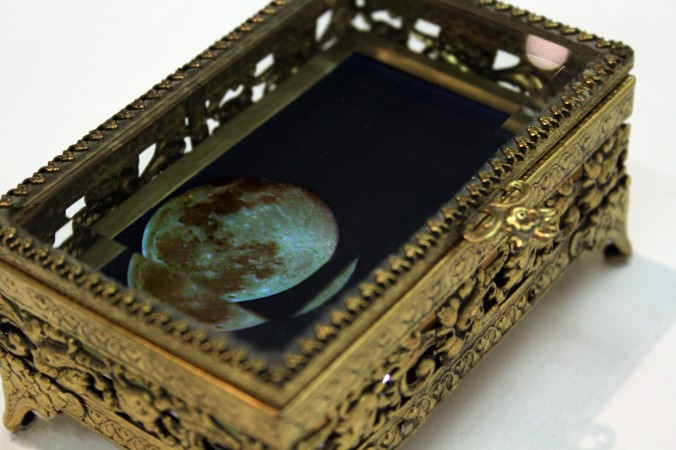 The ambition of Hyde Park Art Center’s “Ground Floor” is at once inspiring and troubling. A show spotlighting “promising artists from Chicago’s top-level MFA programs” suggests that the schools producing the artists are also on trial and when the weight of the assembled work is measured, the city of Chicago itself may be found lacking .

A high standard is immediately achieved as work hanging in the exhibition’s entryway alternately shouts and whispers. Tony Lewis’s delicate graphite on paper work suggests reflection of the boundaries between language and perception. Conversely, Rachel Niffeneger’s hanging sculpture confounds in three dimensions, simultaneously enticing and revolting, hanging with slouched aggression but burdened with the sense that a well-placed match could unravel the entire assembly.

The Quotidian / The Catastrophic

Danh Vo at The Renaissance Society 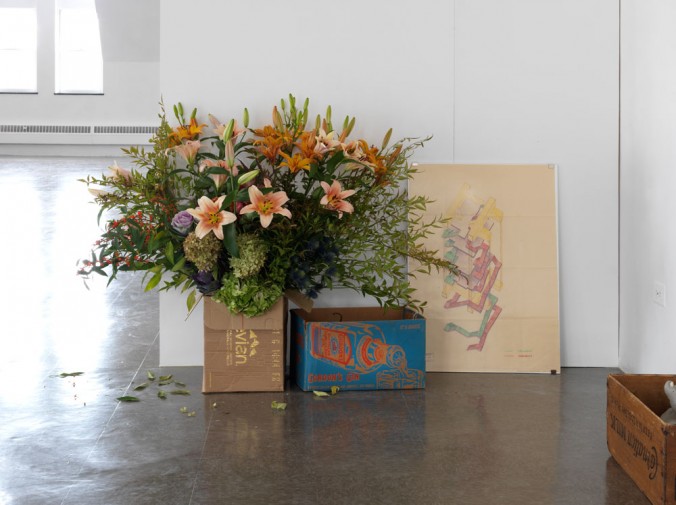 As evidenced by his latest exhibition, “Uterus,” Danish-Vietnamese artist Danh Vo is involved with in the politics of identity, authorship, and culture. In 1979, the four-year-old Vo and his parents fled from war-torn Vietnam in a makeshift boat built by his father, eventually being picked up by a Danish freighter and settling in Denmark. Though his art is underpinned by these conflicts and often references Vietnam, it attempts to be placeless, so it can comment upon multiple cultures and the identities they create. “Uterus” is a multi-faceted culmination of global, cultural and personal narratives.

Vo’s attention to detail often reveals the artist’s intentionality and in other cases, confounds notions of authorship. The golden Evian logo of his piece “For Suzanne” recalls Vo’s past gold leaf and cardboard works, which commented on the romanticized nature of commodity objects and their entanglement within the promises of the United States. The title “For Suzanne,” and the placement of flowers in the box, evokes personal notions of tribute, gratitude and commemoration. The unadorned box next to it, “Gordon’s Gin,” is instead titled after the name of the gin company that manufactured it. A flower bulb and many leaves from “For Suzanne” fell into the gin box — asking viewers to wonder if “Gordon’s Gin” was planned as a container for the withering flowers.

Issues like these touch on the recurring question of authorship in Vo’s work. It is reminiscent of Felix Gonzales-Torres’ work, where the form and content of a piece is determined by variables such as viewer participation, or time itself. The dichotomy between life and death in contemporary society that Torres’ candy and light bulb pieces create are evoked in “For Suzanne” and “Gordon’s Gin.” Building on the content of his past gold leaf boxes, the dying leaves of the personal memorial placed in the idealized water-bottle box fall into the more unattractive and sober box of gin. Its message seems more final and ethereal than Torres’, for once the organic life of the bouquet has ended, the signification of the piece shifts. The bouquet in“For Suzanne” will become even emptier as “Gordon’s Gin” and the floor, become a memorial strewn with dead flowers. Small, ostensibly unintentional details like this are the driving force behind Vo’s work, as they simultaneously reveal his hand and obscure it.

On a similar note, his acquisitioned piece “Untitled (The Collection of Leonard Lyons’ Letters from Henry Kissinger)” (2008), nonchalantly invokes the secret carpet bombings of the Cambodia Campaign, a military campaign that killed thousands of civilians and led to the creation of an entire diasporic population. These events hold numerous similarities with post-war Vietnam, reminding one of Vo’s own forcibly displaced family. Like this tension between the quotidian and the catastrophic, Danh Vo’s work exists between luxury and devastation.

‘Two Histories of the World’ 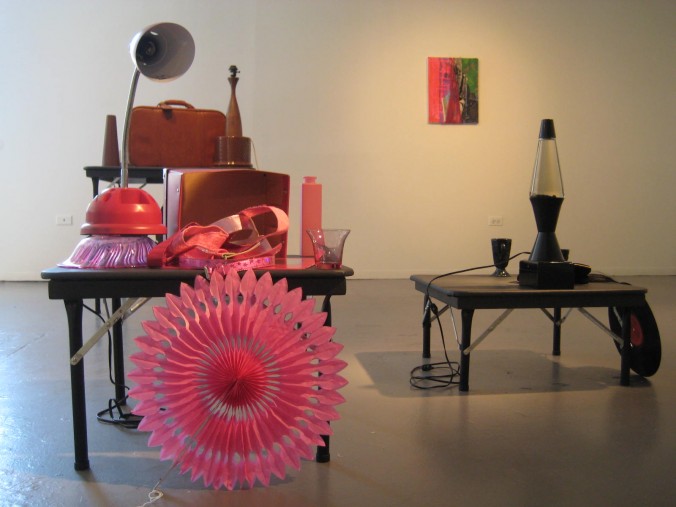 Appropriate to its postindustrial framework, the edition of “Two Histories of the World” on view at the Hyde Park Art Center (HPAC) isn’t about reviving defunct art installations so much as exploring possibilities posed by the remix — the twenty-first century’s pervading creative gesture.

For its first iteration, curator Karsten Lund invited artists to make work from objects found at William H. Cooper, a dilapidated factory-turned-resale warehouse on Chicago’s West Side. The artwork stayed where it was, unlabeled, mixed with the factory’s miscellany, making the exhibition a sort of reverse-Duchampian game of distinguishing between intentionality and happenstance, leaving viewers to decide whether the chairs stacked in the rusty sink were arranged by one of the artists or by providence.

As Lund rightfully suggests in his exhibition essay, the HPAC gallery space plays that game for the audience. For the exhibition’s second version, artists were asked to make new work responding to the experience of creating art at the warehouse, without relying on the postindustrial setting to activate the work. The show’s most successful work stays true to the original exhibition’s generative position by responding to stuff’s inherent stuff-ness.

Laura Davis’s sculptures, for example, comprised of stacked steel-frame cubes and various errata, have a Surrealist flavor, which is appropriate given that this movement was among the first to appropriate vernacular objects as artistic material. And while they don’t form an explicit narrative, the objects she uses — mannequin hands taped together at the wrist, mounted by a red hair clip, suspended over a black-and-white image of a giant razor in one sculpture — produce meanings associatively, exquisite corpse-style.

Sara Black and Gillian Soto’s tables adorned with monochromatic objects forming a rainbow of knick-knack tableaux, suggest an impulse to impose order on to the chaos of overproduction via color-coding. The colors into which the manufactured objects are organized (cream, metallic gold, orange), are diverse. Nature might wear the colors of the spirit, but with over 2,058 Pantone swatches, technology dons the garish hues of invention.

All exhibitions that wrest location-specific art from its context, recapitulating it for different audiences at a different time and place, often with a distinct visual-spatial and contextual frame, gamble with the work’s legibility. Divorced from its original site, artwork often falls apart, existing for new audiences as a mere document of its former self. Part two of the Lund’s bipartite exhibition Two Histories of the World addresses this problem by reinventing its site-specific art objects entirely, rather than merely translating them. “Two Histories of the World” becomes a show that both stands on its own and works as a part in a series, suggesting that new and risky curatorial tools, like the remix, are often the sharpest. 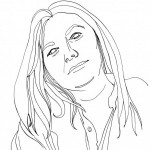 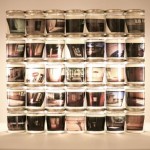