“I appreciate the ability to experiment with new looks or new ideas somewhere intimate with people that are genuinely enthusiastic about performance.” 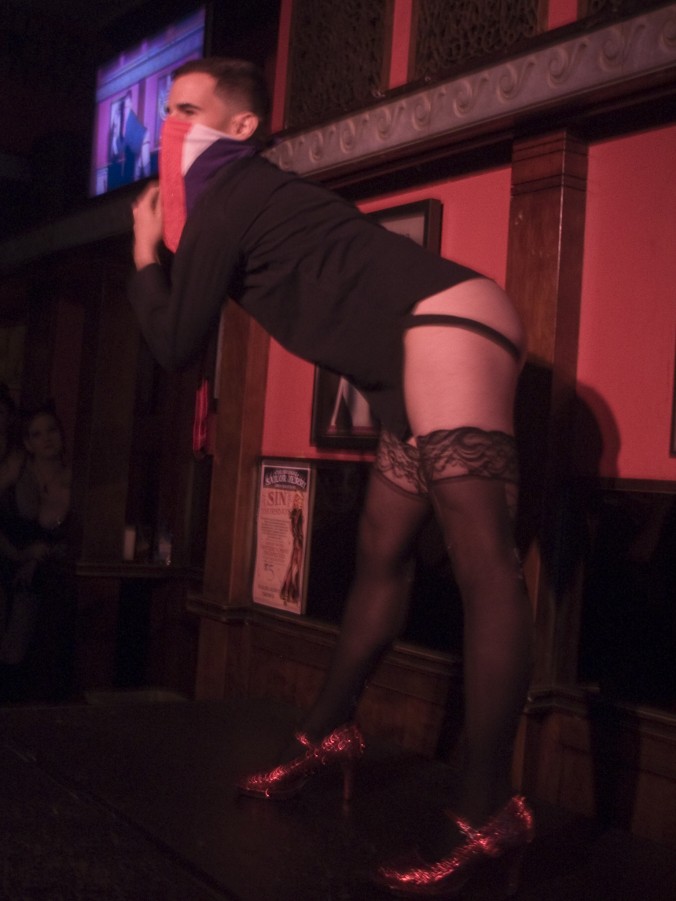 Performer Tito Bonito at “SIN @ Roscoe’s.” All photos by Kevin Sparrow courtesy or the performers.

While the Fosse faithful and Amanda Palmer aficionados may have been tipped off years ago, cabaret theater is making a major resurgence in Chicago. These forebears brought the format mainstream through stage and screen musicals like “Cabaret” and “Chicago,” and through popular music, exemplified by Palmer’s Dresden Dolls duo and current solo work. Cabaret performances combine satire, singing, stand-up, burlesque and even circus or other arts presented by a variety of performers. The form engages in direct audience interaction as well as creating alternative uses for shared spaces.

In as diverse a city as Chicago , the direct presentational approach of cabaret has been a format that is effective across communities, which may be why eclectic groups of artists of color, LGBTQ artists, and fetish performers have adopted it.

In searching out these spaces, many performers have followed the traditional trope of cabaret in reaching out to their neighborhood bars or other nightlife venues to set up events. Performers broaden engagement within their neighborhoods as well as providing a way to entice new clientele by allowing patrons an affordable night out.

While the performances in these spaces fluctuate in level of professional polish, they play an important role in developing their creators’ disciplines. “I appreciate the ability to experiment with new looks or new ideas somewhere intimate with people that are genuinely enthusiastic about performance,” states burlesque performer Mister Junior on his affinity for cabaret entertainment. 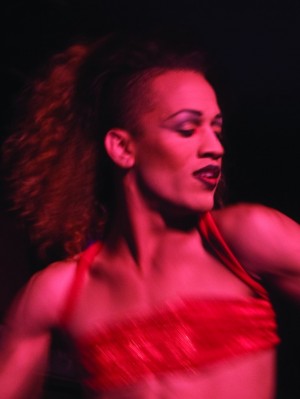 Cheshire performing at “SIN @ Roscoe’s.” Image by Kevin Sparrow. Courtesy of the artist.

Mister Junior embellishes masculinity with glitter and make-up and comments on Latino identity in much of his dance striptease, using dance and satire to comment on the perception of the male body and bodies of color not often presented in art.

Through audience participation and public exposition, these spaces further function to combat elitism in artistic practices or the art world at large. Photographer and performance artist Kiam Marcelo Junio explains, “People stumble [into a show] by accident and that lends itself to surprising people. Having cabaret performance in public spaces that are accessible to all kinds of people, there’s no separation of high art.”

“[It’s about] community and the idea that we’re performing for each other,” explains organizer and host Trandroid, née AJ Durand. “It’s not about me performing for you, it’s about us performing together.” Indeed, it can often be hard to separate the viewers from the people taking the stage. The line between performer and audience has, from a physical standpoint, always been intentionally blurred in cabaret. The current trend in the Chicago scene is to cloud that division even further and bring something of the performer out to the spectators. That idea might be what is really propelling the cabaret movement across the Windy City.

A few highlights of ongoing shows:

Earth Pearl Collective’s Accept Variety (Every 1st Monday at 7:30 P.M., Hamburger Mary’s Attic) – EPC is an organization dedicated to providing creative and community resources to queer womyn of color, including a book club and traveling workshops. Their monthly Andersonville cabaret has showcased the talents of slam poets, burlesque dancers, a capella singers and video artists.

Salonathon (Every Monday at 9 P.M., Beauty Bar) – This weekly event is curated by rotating artists in conjunction with founder Jane Beachy to fit a particular, changing theme. While the outcomes may look completely different week to week, many artists return on a regular basis to present story readings, dance performances, stand-up humor and sometimes a hybrid of those forms.

Nuts & Bolts: A DIY Dance Party (Every 1st Tuesday at 8 P.M., Township) – This monthly event, hosted by gender-ambivalent robot Trandroid, combines a dance party atmosphere, arts-and-crafty inventiveness and live performances from singers, dancers and burlesquers and tops it all off with a runway of “strong lqqks” created by patrons either in advance or from craft supplies provided at the event.

SIN @ Roscoe’s (Every Thursday at 11 P.M., Roscoe’s) – The members of SS-XXX curate and perform in what they’ve dubbed “the darkest night on Halsted.” On an elevated stage approaching bar level, patrons watch as grinder and fire play, piercing, belly dance, burlesque and wickedly depraved sketch performances play out before them. While there is typically a gender variety, third Thursdays of the month are dedicated to male performers. Piercing and fetish demonstrations are held between stage sets.

Live at the Metro — Flying Lotus 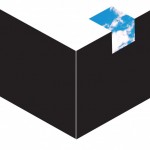