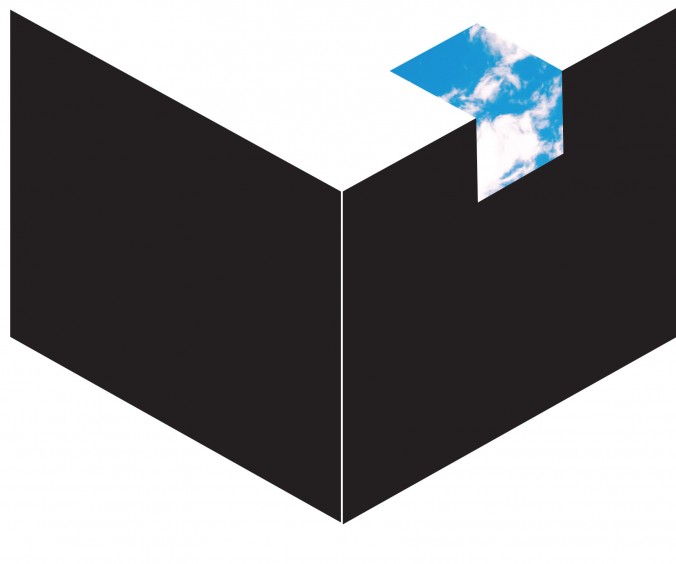 Rose Sifuentes does not think her son Jimmy will be released from prison anytime soon. Seventeen years ago, after a violent gang-related altercation, Jimmy was sentenced to 60 years in prison. But after serving his first 10 at Statesville Correctional Center, a maximum security penitentiary, he was transferred to Tamms Closed Maximum Security Unit (CMAX), in the southernmost tip of Illinois.

“I know my Jimmy has a long way to go,” Sifuentes said on the evening of the opening of the Sullivan Galleries exhibition “Tamms Year Ten Campaign Office.” “But Tamms has taken so much away from him. He has lost 35 pounds, he is extremely thin and he’s slowly starting to lose hope.”

At Tamms CMAX inmates like Sifuentes’ son are housed in perpetual solitary confinement for 23 hours a day, seven days a week, for years at a time. Prisoners only leave their cells to shower or for solitary exercise. They are not allowed to make telephone calls and visits are non-contact. Reports of self-mutilation, suicide, depression and psychotic episodes are common.

Sifuentes found hope for her son when she joined Tamms Year Ten. The grassroots coalition helmed by Laurie Jo Reynolds, an SAIC alumna, artist and activist, was created in 2008, 10 years after Tamms was opened to advocate for its closure.  With the recent U.N. Special Rapporteur on Torture call for all countries “to ban solitary confinement except in very exceptional circumstances, as a last resort, and for as short a time as possible,” the support of the  American Civil Liberties Union, Human Rights Watch and Illinois Governor Pat Quinn, Reynolds has been involved in an uphill battle, reasoning with labor unions and legislators, pushing for the closure of Tamms.

Through December 21 Tamms Year Ten will be operating from a space at SAIC’s Sullivan Galleries. Functioning as the organization’s campaign office, it is open and accessible through the main hallway in the galleries. A mural comprised of photographs of every inmate at Tamms confronts visitors as they enter the small, rectangular room. The office is stocked with two desks, numerous file boxes, binders, bookshelves and unanswered letters. Protest signs with phrases like “Tamms Shocks the Conscience” peer out from a shelf. It’s neither a relic nor a recreation of the organization’s dealings — it’s an active office space that Reynolds is grateful for and glad to put to use.

“We’ve been carrying around a suitcase full of files for nearly five years,” Reynolds explained over an extended conversation at the office. “Our campaign has been meeting at places like the Progressive Community Center, The People’s Church on the South Side, different places on the West Side and on the North Side. But it’s been important for us to do that — if we move, around more families can come to our meetings.“

Reynolds, as the organizer, works alongside Stephen Eisenman, an art history professor at Northwestern University, activist and scholar in the fight to end torture in Illinois prisons. Together with volunteers and family members of inmates, they lead an awareness campaign that clarifies the murky language used to speak about Tamms. Through fact sheets, press relations and demonstrations Tamms Year Ten works to argue against defenders who claim the prison helps decrease overcrowding and inmate violence. They work closely with mental health advocates who speak of the long-term effects of solitary confinement that will undoubtedly affect not just the prisoners who continue to be housed at Tamms, but those who are released and expected to readjust successfully. Tamms Year Ten adamantly emphasizes that dehumanizing forms of punishment “are never necessary for security.”

According to the Illinois Department of Corrections (IDOC), Tamms was meant to house the “most disruptive, violent and problematic offenders.” Inmates transferred to Tamms “have demonstrated an inability or unwillingness to conform to the requirements of a general population facility,” their website states. But that premise is false, says Reynolds. In 2009, the Bellevue News Democrat published an exposé that found that less than half of the inmate population at Tamms has actually been convicted of a crime after they were imprisoned — Sifuentes claims her son Jimmy has not. The majority of those who have committed assaults, the exposé found, did not necessarily attack prison workers violently but engaged in assaults such as throwing body wastes at guards primarily because of mental illness.

Tamms is two-thirds empty — with a capacity for 500 inmates, there are currently 139 men at the CMAX (25 of whom need extra security procedures) and 99 men at the adjoining minimum-security camp; all are under the care of approximately 300 employees.  Because it costs the state an estimated $26 million a year to keep the prison open, in February Governor Quinn scheduled August 31 as the date to close Tamms, as well as Dwight Correctional Center, two youth detention centers and six halfway houses, citing savings for the ailing state budget of an estimated $66 million. Soon after, however, the American Federation of State County and Municipal Employees (AFSCME) Council 31, the primary statewide council of local AFSCME unions in Illinois, filed a lawsuit arguing that closing the facilities would create dangerous conditions for employees and inmates. The closure of the prisons is still pending. 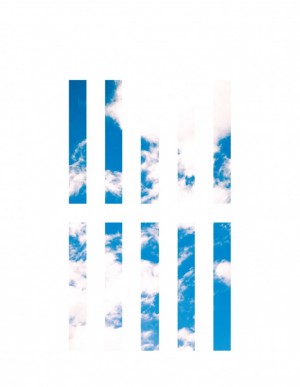 AFSCME members and state legislators repeatedly emphasize the need for prisons like Tamms because they serve as “safety valves” that prevent attacks against guards. “I think ideologues who have focused their attention on Tamms are not being quite honest about the fact that segregation is a necessary disciplinary constraint,” said Anders Lindall, Director of Public Affairs at AFSCME, over the phone. “An inmate who has committed a violent assault, an attack on an employee or who has masterminded gang violence inside a prison can be placed in segregation in a single cell for 23 hours a day. They can be curtailed in order to impose security to keep staff safe.”

Lindall cites the case of John Spires, a convicted serial rapist who took a Dixon prison psychologist hostage in May 2006 and repeatedly raped her. He was transferred to Tamms and has advocated on its behalf because he knows he is safer there and less likely to hurt anyone, Lindall explained.  But in early August, in preparation for Governor Quinn’s closure deadlines, Spires and other inmates were transferred to Pontiac and Menard, both correctional centers with former death row cellblocks.

Jobs are central to the conversation about the Illinois prison system. When Governor Quinn announced his intentions to close Tamms and other correctional facilities, Senator Gary Forby of Southern Illinois, said in a public statement: “[Governor Quinn] is not taking into consideration where these prisons are located. Closing Tamms will devastate Alexander County, which already has one of the highest unemployment rates in the state.”

On October 11, in the latest development of the legal battle between Quinn and the union, Associate Circuit Judge Charles Cavaness ordered Governor Quinn to negotiate with AFSCME on the labor conditions of workers who will be affected by the closure of Tamms. But Lindall stated that their focus is on keeping the prisons open, not on negotiating their closure. “The state legislature has understood the need to keep the prisons open and has acknowledged that transferring the inmates from those facilities would worsen the overcrowding, in a system that already houses over 49,000 inmates and only has a capacity for 33,000,” said Lindall. “It poses a risk to the prison workers, poses a risk to the inmates and to the safety of the general public.”

“AFSCME cares about keeping the jobs in the Union and preserving prisons,” Reynolds countered. “They filed their lawsuit in Alexander County because they knew that the judge would be sympathetic — they have the same ideology about jobs and prisons.”

As the legal battle ensues, Tamms Year Ten will continue to operate at the Sullivan Galleries, surrounded by two other exhibitions: the massive “Opening the Black Box: The Charge is Torture” and “Natural Life,” a video installation by SAIC faculty member Tirtza Even. Each exhibition explores issues of torture, abuse and mistreatment in the contemporary justice system.

The synchronicity is not coincidental. As the Executive Director of Exhibitions and Exhibitions Studies at SAIC,  Mary Jane Jacob focuses on social practices in Chicago and the relevance of art in the social arena. Jacob met Reynolds in 2011 in New York City where Reynolds was part of Creative Time’s “Living as Form” event highlighting socially engaged practices over the last 20 years. Over the summer, the Sullivan Galleries hosted a week-long workshop by Artway of Thinking, an organization based in Italy interested in discussing with social practitioners who attended how to continue to develop their work. Reynolds, who was invited to attend the workshop, engages in what she has called “legislative art,” a practice that seeks for a change in legislative policies.

“Laurie Jo had a corner in this makeshift space in New York when I met her,” Jacob explained. “This was a situation in which we we could say to the artist, There is a chance for you to do something that is better than what you did last year, and we’re here to help. The office was her notion of how she could demonstrate the world that she is functioning in and the lives of the people that she’s trying to affect.”

Tamms Year Ten hosts weekly work meetings at the Sullivan Galleries, and there are plans to develop other events. Currently, the organization has collected photo requests from inmates at Tamms who have provided a description of anything, real or imagined, that they wish to see. Any interested volunteer can pick up a photo request from the campaign office, take a picture and submit it so that a copy can be sent to the inmate. Requests range from pictures of family members, landscapes to images of pop culture personalities and ephemera like the statue of Michael Jordan outside Chicago’s United Center.

“Often times contemporary art has been charged with questions of whether it’s useful or not.’” explained Jacobs. “This is one of the prime examples of seeing contemporary art as very useful and having a direct effect on public discourse and public policy. It’s really exciting to see its manifestation.” 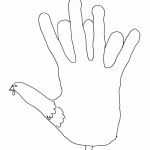