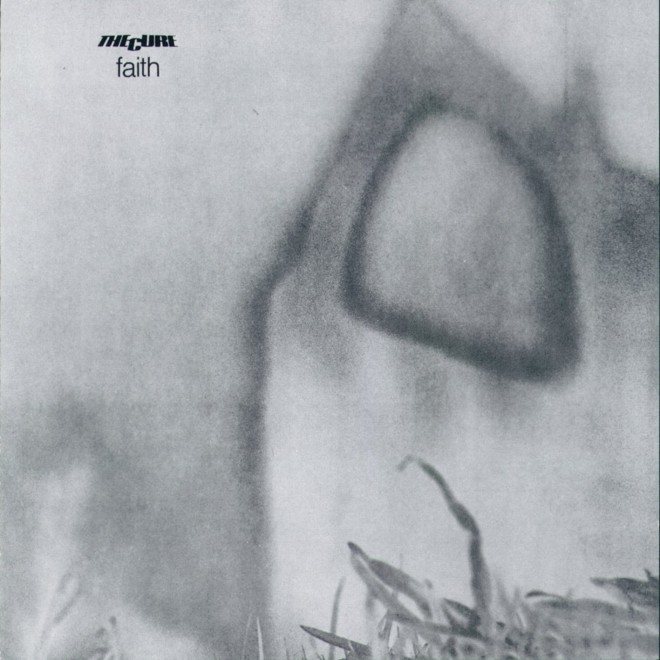 The Cure is a confusing group to parse. They’ve always had a reputation for being all gloom and doom — an aesthetic likely informed by Robert Smith‘s black dandelion haircut and mousey stage persona — but the span of their career has been eclectic to say the least. Their first albums, for example, were filled with jangly punk numbers like “Grinding Halt” and their efforts from the 1990s onwards dabbled (unevenly) with radio-friendly pop tunes like “Friday I’m In Love“. Faith, the band’s effort from 1981, captures the Cure midway between grade school and goth — after the sinister pulse of Seventeen Seconds but before the crushing assault of Pornography.

The cover for Faith signifies much of the sound of the record, with its drab, gray wash and ghostly outlines. The grass in the foreground gives some hints to the scene — it seems to be a building, but after listening to the album, it’s inevitable to think of it as a hollowed-out church, abandoned and left in a misty field. Geometric lines give a malleable shape to objects, but in all the image is murky at best, perennially shrouded by a film of monochrome haze.

“All Cats Are Grey” ends Side A of Faith (if you’re listening on vinyl), and it does so strongly with an album-defining resonance. The slow-motion drum rolls that opens the track continues through to the end, forcing a spotlight onto the spaces between each hit. The whole song echoes with a heavy reverb, but the snare in particular shines through as a splash of trebly timbre that keeps everything chugging along with the bass like a well-oiled mechanical heartbeat. In proper fashion, everything fades slowly to a quiet conclusion, ending with a single piano, bleeding onto itself. A fitting end to one of the band’s most delicate arrangements.

Cranking up the tempo a bit and amping up the swirl of echoes, “The Drowning Man” has the band shifting focus more on the guitar and vocal lines than on “All Cats”. The drums are still very prominent in the mix with the slight rolling snare, but the main attraction here is the chiming bare bones guitar and the endless feedback coming from Smith’s delayed vocals. The lyrics of the song hinge on the feeling of being breathless (hence the title) and the stifling flood of ringing noise does the trick.

In all, Faith is an album filled with the transparency of reflected sounds and it shows on the cover of the record — at once devoid of objects but suffocatingly dense with the homogeny of space. At the end of the album’s title track, which is also the closing number, Smith sings repeatedly, “We’ve nothing left but faith,” which leaves a haunting emptiness in the air and the same heavy silence it prophesizes. 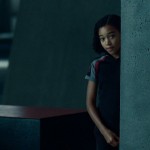 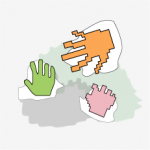