1 Pieces in foxtrot rhythm (so-called swing) are not to exceed 20% of the repertoires of light orchestras and dance bands;
2 in this so-called jazz type repertoire, preference is to be given to compositions in a major key and to lyrics expressing joy in life rather than Jewishly gloomy lyrics;
3 As to tempo, preference is also to be given to brisk compositions over slow ones so-called blues); however, the pace must not exceed a certain degree of allegro, commensurate with the Aryan sense of discipline and moderation. On no account will Negroid excesses in tempo (so-called hot jazz) or in solo performances (so-called breaks) be tolerated;
4 so-called jazz compositions may contain at most 10% syncopation; the remainder must consist of a natural legato movement devoid of the hysterical rhythmic reverses characteristic of the barbarian races and conductive to dark instincts alien to the German people (so-called riffs);
5 strictly prohibited is the use of instruments alien to the German spirit (so-called cowbells, flexatone, brushes, etc.) as well as all mutes which turn the noble sound of wind and brass instruments into a Jewish-Freemasonic yowl (so-called wa-wa, hat, etc.);

6 also prohibited are so-called drum breaks longer than half a bar in four-quarter beat (except in stylized military marches);
7 the double bass must be played solely with the bow in so-called jazz compositions;
8 plucking of the strings is prohibited, since it is damaging to the instrument and detrimental to Aryan musicality; if a so-called pizzicato effect is absolutely desirable for the character of the composition, strict care must be taken lest the string be allowed to patter on the sordine, which is henceforth forbidden;
9 musicians are likewise forbidden to make vocal improvisations (so-called scat);
10 all light orchestras and dance bands are advised to restrict the use of saxophones of all keys and to substitute for them the violin-cello, the viola or possibly a suitable folk instrument.

From “Nazi Rules for Jazz Performers“ 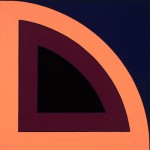 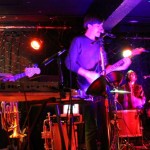