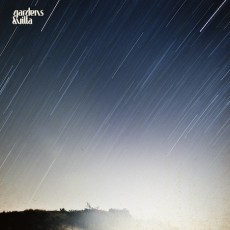 Gardens & Villa’s self-titled debut is pretty good at mimicking the soaring vocal swells and synth-sweet sounds of acts like Grizzly Bear, but don’t mistake them for wood-flute-packin’ wannabes — their music has a quirky menace of its own.

The album’s first track, “Black Hills,” crawls along in a sort of indie-chimed wonderland, with layered, transcendental vocals, pulse-steady drum clicks and a synth-heavy sound that makes it a subtle charmer, perfect for Monday morning when your head needs a jump. And moving forward to what is easily one of their best tracks, “Orange Blossom” is a perverted bassline of funk and circumstance accompanied by an Orb-inspired rainfall of sonic booms, delicately creepy synth-dings and a pleasantly moody vocal track.

“Spacetime” is an unexpected surprise, opening with a fun and jerky Doctor Who-meets-B-52’s dance party. It continues with its keyboard-happy ’80s vibe until the sweeping chorus kicks in, which, lest we forget the song’s title, repeats it for us (and repeats it for us) until circling back to the dance floor to continue the funk.

If you’re into wooden flutes nudging you to softly to sleep, “Sunday Morning” is a good choice. A soaring vocal track floats along nicely without much variation and the chill-wave continues with “Carrizo Plain.” It starts off with a Tarantino-style Spaghetti Western whistle-off (think Kill Bill), but then moves swiftly back to type with lead vocalist Chris Lynch’s falsetto undulating over a velvety, otherworldly beat.

Clearly talented musicians, it’s a great first effort by Gardens & Villa. Not many bands these days put out an album with more than one or two songs worth raving about, but with this debut delivers no less than four: “Black Hill,” “Orange Blossom,” “Thorn Castles” and “Spacetime.” It goes without saying that when Gardens & Villa go full-tilt chill, they’re at their lo-fi, kick-ass best. 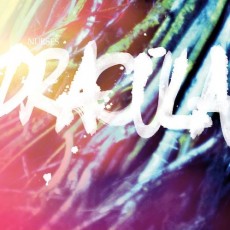 Out now on Dead Oceans (buy)

Nurses’ new album “Dracula,” alternatively described as brutally artsy or dripping with melodious funk, could be a contender for one of the few albums of the year which actually lives up to all the hype.

Much has been said of the noticeable shift from their sophomore effort, “Apple’s Acre” — something of a homemade disjointed, electro-pop sprawl — to the lush grooves, new-wavy rhythm and tightly controlled production value of “Dracula.” Apparently, once you reach pop-music maturity, ecstasy follows: the intricately styled and spontaneously dance-worthy tracks continue to generate a considerable amount of buzz and the accolades don’t seem to be stopping anytime soon.

“Fever Dreams,” the rapturously clap-happy first single, is an example of the band’s skill at infusing dance-heavy basslines with ghostly, boom-tastic backtracks. It’s the precursor of delightfully odd things to come — especially next, with the deliciously smug “You Lookin’ Twice,” which pays homage to the slow, smooth funkified jive of the standard Prince keyboard riff (you know the one), layering nicely into the edgy coo of lead singer Aaron Chapman’s swaggering vocals.

The gloriously catchy, finger-snapping “Trying to Reach You” pairs Chapman’s slickly coy vocals woo-hoo’ing and oh-oh’ing with one of the most original synth-fuck tracks in all of indie-pop. Arguably the band’s best track, it marks the band’s move from electrified intellectualism into the palpable physical realm of the really, really good dance song. It’s the ultimate experiment in mayhem, and though it takes a while to get there, it’s definitely worth the wait.

The remainder of the album continues to ride on down the melodious hit-making track with ease by taking a Cure-esque cue now and again. By mixing queasy/quirky vocals, tinkling, left-of-center piano solos and the gloomy rumbles of drum-machined booms, the last half of the album assumes a more eclectically mellow vibe then the first — though it’s just as groove-ready.

Inviting comparisons to acts such as Liars and Animal Collective (aka the reigning darlings of music’s experimental underworld), “Dracula” has officially ushered in a new chapter for the band.  Copping the Portland trio some serious indie-rock cred, “Dracula” is Nurses’ most psychedelic sing-along to date. 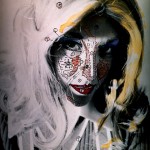