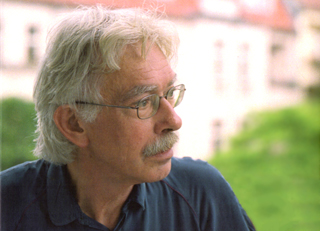 Friedrich Kittler, in an undated photo

Media theorists mourn the loss of one of the greats this week: Friedrich Kittler. Kittler, whose works include “Gramophone, Film, Typewriter” and “Optical Media”, is considered the “Lacan/Derrida/Foucault of Media Theory”, though I think that the blogger Jussi Parikka nailed it when he said “I think he would have liked to be thought of as, well, I guess “Any-Band-Member-of-Pink-Floyd – of Media Theory.”

Kittler was a professor at the European Graduate School, that wonderful place where academics congregate to teach the best and brightest in the world. He will be missed.

The City is a Medium