Brooks and company are unafraid to mix styles together in a glorious melting pot of influences. 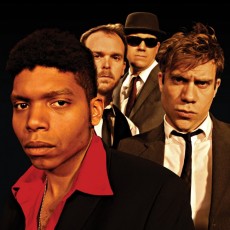 
[audio:https://images.fnewsmagazine.com/2011/10/02-Everything-Will-Be-Fine.mp3|titles=JC Brooks & the Uptown Sound – Everything Will Be Fine]

Retro is in these days.  There’s no escaping it.  Most of the movements are faddish, one-liner throwbacks to times artists wish they could have experienced in full.  Second-hand tributes to 1960s surf rock or 1980s lo-fi, or the most recent trend towards 1970s analog synths, whose veracity is often questionable.

JC Brooks & the Uptown Sound may be rooted in the soul and funk sounds of the past, but they’re not bent on raising the dead.  In fact, they’re rather respectful of those movements on their latest album “Want More” is eager to make that clear.  Throughout the record, Brooks and company bounce, slide and step their way into a whole slew of different variations on the funk/soul sounds, ranging from the on-the-one funk of the title track to the Stylistics-style falsetto of “To Love Someone (That Don’t Love You),” but it never sounds blasphemous or derivative.

The most bizarre success on the album comes from JCBUS’ cover of Wilco‘s “I Am Trying to Break Your Heart,” which transforms the previously fragmented chumpy ballad into a soulful tribute to lost love.  When Brooks talk-sings, “Baby, I always thought that if I held you tightly that / you’d always love me like you did back then,” it turns Jeff Tweedy’s morose murmur into a hopeful, gospel-y epithet.  In keeping with the true form of its original, JCBUS’ version even includes the mysteriously sparkling ambient outro, which somehow fits in just as well here as it does in Wilco’s fragile seven-minute anthem.

The bulk of the album, however, keeps the energy up with tracks like “Baaadnews” and “I Can See Everything,” both of which utilize their rhythm sections to their full potential.  Drummer Kevin Marks performs consistently with a resolute shuffle that echoes the restless booms of bassist Ben Taylor.  As with most soul/funk combos, the bass serves as the subtle, almost-unsung hero of the whole album.  Taylor’s solid basslines resound especially in tracks like the aforementioned “Baaadnews,” which boasts a formidable rhythmic framework for Brooks’ and guitarist Billy Bungeroth’s vocal/guitar flourishes.

If there’s anything to be critical of, it might just be that the energy of the album’s quicker tracks renders the lower energy cuts a bit too drastically low in energy.  The band’s strength lies in the dynamics of each member on the fly and under the pressure of an undeniably danceable beat; the slower tracks, like “Missing” and “Awake” bring an off-kilter lilt that attempts tenderness, but often begets a slump in the action.  These tracks’ spolights on Brooks’ versatile vocal acrobatics do well to help along a certain theatric quality, but even on “Awake,” which closes the set and strives for lyrical poignancy, there’s the slight presence of an eye-rolling triteness that nearly cheapens the moments before it.

The penultimate track on the album, “Sister Ray Charles” is a choppy but addictive track that references the Velvet Underground (both in the portmanteau of the title and the “I’m searching for my mainline” lyric) as much as that mid-70s jazz fusion Rhodes growl.  The star of the show here is the soaring chorus, introduced by a droning, horn-led crescendo, and peaking with the four-to-the-floor drive of Grand Funk Railroad‘s “We’re An American Band” and the one-note keyboard solo of The Stooges‘ “I Wanna Be Your Dog.”

In all, it’s a fantastic apex of the band’s self-ascribed moniker of “post-punk soul”, where they are unafraid to mix styles together in a glorious melting pot of influences.  If they continue to create work that melds all the styles present on the album “Want More,” and do it in a way as seamlessly as they have here, JC Brooks & the Uptown Sounds’ stars will undoubtedly shine brightly in the years to come. 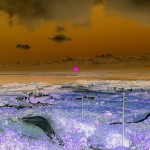