In her recently released film, “The Future,” Miranda July depicts a world very much like the one we know today — give or take a talking cat and the ability to freeze time. July, who dropped out of University of California Santa Cruz in her sophomore year, went on to write, direct, and star in the 2005 film “Me and You and Everyone We Know,” and has created several other internationally renowned art projects, like “Learning to Love You More.” F Newsmagazine talked to July over the phone about stray cats, classified ads, and taking on several projects at once.

Jennifer Swann: “The Future” is narrated by a talking cat [voiced by July]. Can you talk about where this idea came from?

Miranda July: I work so much from the unconscious, which is always a struggle with film-making in particular. You have your ideas vetted quite a bit, but I started writing in the voice of the cat before I even knew it was a cat. To me it was like the voice I used when I was feeling really lost and stuck with writing at all, this very forlorn, open, honest voice. Then one day I was writing and a kind of bizarre thing happened outside my office, wherein I saw a real stray cat get hit by a car. I was then burying this cat, and really pretty shocked, in a simplistic way. I remember thinking, with God as my witness, I will redeem this cat, your life is not gone.
When a stray cat dies, it’s so invisible, and I think in that moment that voice became the cat’s voice. And I didn’t really think twice about it. Then it was a while longer before I thought it might relate to the couple. And then I think I became attached to the idea that there would always be, no matter how many wrong turns the couple made, or how lost they were, or dishonest, this cat would always be very true, and speak things that are hard to even feel, much less articulate.

JS: While I was watching the movie, I was also thinking about your book “Learning to Love You More,” in which you assign projects to the readers. It seemed like the characters in “The Future” were driven by similar challenges or assignments that they gave themselves. Were you thinking about activism at all while making this movie? 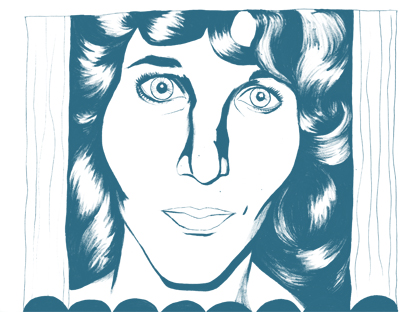 MJ: I didn’t think about any of that, and yet, I guess the fabric of a lot of what I think about are these sort of everyday struggles. When you’re making a movie, it’s so tempting to make really amazing people, with really fundamentally interesting or valuable problems. There are so many worthy topics, and I think in some ways I want to go in opposition to that sometimes. What is the most basic struggle you could have? Literally to move. On one level that seemed really embarrassing to me —  I don’t want to make a movie about that. I don’t even want to endure that in my own life for a moment, much less draw attention to it and do interviews about it. On the other hand, that’s actually what most people have in common. We diverge on a million things, but that fundamental experience of going through time, and when you know what to do with yourself and when you don’t; I guess that seemed so simple as to be worthwhile.

JS: When you’re working on a movie like this, are you working on it solely every day? It seems like you’re constantly doing these side projects or working in other mediums.

MJ: I jump a lot until I absolutely can’t anymore. And then I feel condemned to the movie, like “Oh fuck, now I really just have to do this for the next year,” and that’s basically what last year was.
I have a book coming out this fall that is essentially about Joe, the old man in the movie. I met him the same way that Jason meets him, which is through the PennySaver classifieds. I did a series of interviews with different people in L.A. who were selling things, and so that was its own project that then merged with the movie when I met the old man. I’ve been working furiously to get this book done for the last six months, and now it is also its own project; so when it can be, it’s pretty organic.

Sometimes something will just happen, like the Venice Biennale in 2009 [“Eleven Heavy Things,” an installation of eleven sculptures in an enclosed garden]. When I got that invitation, it was great. I was looking for money at that time, which is the worst possible point to be at with a movie, and yet I was making these sculptures and feeling very inspired in another way. It’s kind of a mess. It always feels like I’m aware that if I had just picked one, I’d probably be like really successful in that one. But instead I’m always behind in all of them; but it’s a better life, it’s a more enjoyable life, I think.

Arts & Culture, Entertainment The past, “The Future” and everything in between 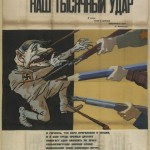 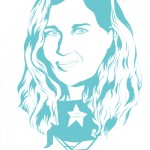 One Day in the Life of Director Lone...