Things to do in September

Tweet
[Film] Designs for Living: The Apartment Genre at the Siskel

Finding the perfect apartment is an ongoing pursuit of every urban dweller. While you keep looking for that million-dollar view for under $800 a month, at least you can live vicariously in the apartment of your choice through the Gene Siskel Film Center’s fall program of classic apartment-centered films. Accompanied by a lecture from Pamela Robertson Wojcik, Director of Gender Studies at Notre Dame University (for Tuesday screenings only), “Designs for Living” features “The Apartment,” “Breakfast at Tiffany’s,” “Rear Window,” “Pillow Talk” and more.

[Lecture] Type A at SAIC

With the start of the school year comes an onslaught of amazing guest speakers. Take advantage of this semester’s Visiting Artist Program series by attending Type A at the end of the month. Type A describes itself as exploring “the way in which men compete, challenge, and play, and the resulting social and psychological imbalance.” A collaboration between Adam Ames and Andrew Bordwin, the group works in everything from video to needle-point.

Nobody is rich these days, but the opportunity to learn a new technical skill is tempting even when you only have a few bucks to spend. And what better way to spend your hard-earned dollars than by learning to make your own pinhole camera? Check out this fall’s workshops at Intuit: not only do they supply you with all the materials you need, but you get to pick up some serious 19th century photography skills. The results, I’m sure, will put the Hipstamatic app to shame. 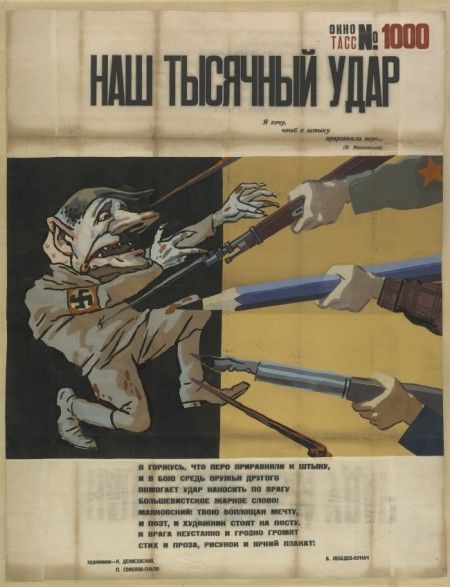 Image courtesy of the Art Institute of Chicago

SPLAY, or “subversive play,” brings together an international group of artists to explore “how we understand ourselves in the flesh in the midst of the digital.” Considering how this summer was peppered with TMI reports of Anthony Weiner’s tweets and texts, and SPLAY might be just the remedy for the social media exhaustion that comes from having your mom ‘friend’ you on Facebook.

The former Soviet Union remains a fascinating subject for us, especially the more dramatic moments in its history. The Soviet news agency TASS was charged with the job of producing posters (at the rate of nearly one per day) to keep the public informed and energized about World War II, even as the country was militarily unprepared to challenge German armies. The Art Institute of Chicago’s exhibition of these posters creates a striking portrait of a nation at war, and the powerful imagery invoked to inspire hatred, fearlessness and action. 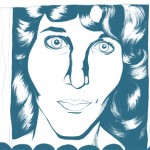