My second night in the 162 North State Street dormitory, I found myself sitting on my dorm room floor with a dozen other sixth-floor students. We’d been SAIC less than forty-eight hours, and we were already having our first communal dinner…

My second night in the 162 North State Street dormitory, I found myself sitting on my dorm room floor with a dozen other sixth-floor students. We’d been SAIC less than forty-eight hours, and we were already having our first communal dinner of pasta, homemade salsa, chips, and a pack of Dr. Pepper. That first dinner was a product of the Residential College Program (RCP), SAIC’s attempt to create a tight-knit living and learning community in what can feel like an overwhelmingly disjointed campus.

The program encompasses two floors of seventy-two first year students in the State Street dormitory; in addition to living together, we each take our weekly Research Studio with a dozen neighbors on the sixteenth floor. Though information on RCP can be hard to come by, a small paragraph in the student handbook describes it as a “living-learning community designed to enhance the first-year student experience at SAIC.” When I asked Terri Kapsalis, Director of RCP, why it is so hard to find information on the program, she explained, “Well right now it really isn’t a big part of the First Year Program, it’s kind of a small thing. We should probably have better web presence…We’re really looking forward to continuing but we don’t know how long Residential College will exist.”

RCP is funded in part by Bringing Theory to Practice, an organization that examines the correlation between what students are doing in the classroom and their overall wellbeing. Their mission statement states, “The project supports campus-based initiatives that demonstrate how uses of engaged forms of learning, actively involving students both within and beyond the classroom, directly contribute to their cognitive, emotional, and civic development.”

“It’s a really challenging transition, to go from high school to college and land in a new urban setting,” Kapsalis said. “Hopefully, RCP can help with that transition and can continue to change and improve based on what we learn along the way from students.” She said that the faculty, students, staff, RAs and TAs involved in the program make a collective effort to explore two principle questions: “How can we as artists, designers, and writers support and sustain ourselves and our practices? And what are the variety of ways that we can critically engage with the world?”

Another beneficial aspect of the program is the interesting dynamic that arises from having a Research Studio in the same building as your dorm room, and with the same people you live with. This leads to discussions outside of the classroom and work sessions in the common room, where students collaborate late into the night. “There’s a challenge to urban vertical downtown living,” Kapsalis said, “and the RCP is looking for the solution with collaboration between staff, RAs, and students. RCP makes an effort to expose its students to many different aspects of the school, including Academic Advising, Career Development, First Year Program, Health Services, Residence Life, Student Life, and the Undergraduate Division. Student Brandon Hertford echoes, “I like it; I like having a teacher to ask questions to, to use as a resource, especially with the absence of a campus.” Combating the potential downfalls of the urban environment is one of the main goals of the program.

Relatively new to the school, the RCP is only in its third official year—at times, it seems like a trial run—and it is unclear whether the program itself, or the collection of like-minded and community-oriented people, is what makes the RCP a success. One aspect is that students who sign up for the program are looking for a community, and are therefore more social and extroverted by nature, resulting in a more social environment. In reality, there are actually several students who do not recall signing up for RCP and find themselves in a program they know nothing about. Freshman Kimmie Douglass states, “I’m still not really sure what it is.” Kapsalis seemed surprised by this, saying “every incoming freshman was sent a letter about Residential College and asked if they wanted to join. It’s really self-selecting, nobody should have been signed in without their knowledge the school side.”

This year, the six different research studio classes will each be working with Tara

Lane, a chef and alum of SAIC, to create monthly dinners for all of the RCP. Michael Ryan’s research studio class already spent one day working one-on-one with Tara Lane shopping at a local farmer’s market and preparing two unique salads in an exercise to explore the relationship of cooking and the artistic process. The RCP also sponsored a trip to Oxbow in September, bussing a hundred and fifty students two hours north for an artist’s retreat; students spent the weekend taking part in various activities, such as preparing a Mexican dinner for everyone and creating a shelter out of found objects.

Afterwards, Kapsalis expressed some frustration about those students who complain about a lack of direction but had no knowledge of the different activities (each student received a folder with information and schedules for the entire weekend). “Some people, no matter how much stuff you send them, they’re not going to read it. They’re not going to hear it.” Perhaps a lack of research on the student’s part resulted in signing up for the program without really understanding what it is; it also explains why there are so many participants in the program who have no recollection of signing up for it, as well as the low turn-out at RA-planned events.

Though one member of RCP described the trip as slightly disorganized–“I thought that Oxbow was not explained well, and I didn’t feel like we did art; if they wanted us to bond, they could have planned different activities–overall, the feedback is generally positive, if at times uninformed. Many students are still not quite sure what it is that makes RCP so different from the average first year experience, but perhaps after a full year in the program students will feel the benefits and will be more prepared our unique creative community. 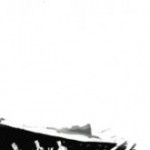 The Dude Who Did Everything