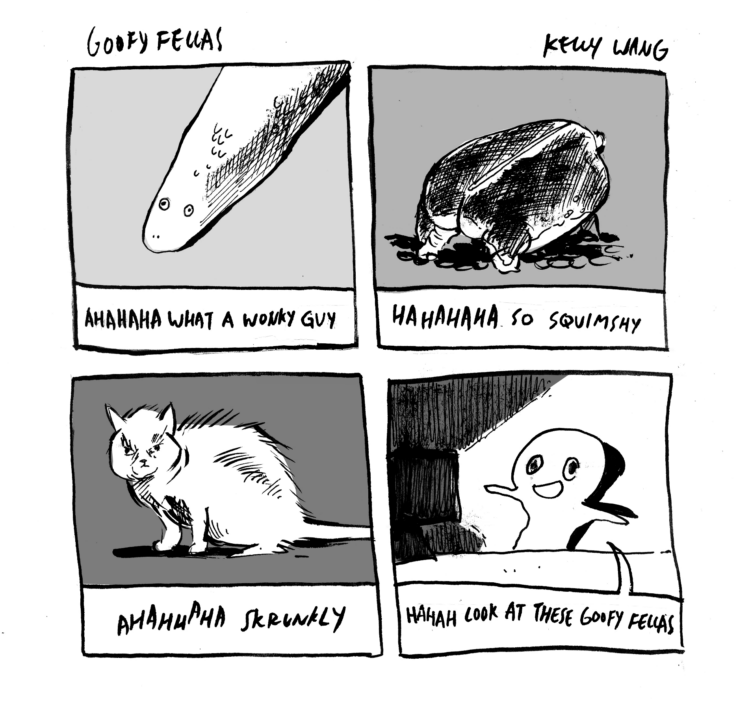 Panel one: A head of the arabian sand boa with a caption “Ahahaha what a wonky guy”
Panel two: A common rain frog standing with its round butt towards us, with the caption “Hahahaha so squimshy”
Panel three: A weird looking cat with the caption “Ahahhaha skrunkly”
Panel four: A distorted figure in a dark room illuminated by a computer screen, saying “Hahah look at these goofy fellas”
Like

Moving Pictures: Looking Through The ‘Glass Onion: A Knives...